From a piece of their mom’s wedding dress to jewelry that once belonged to their dear relatives, these real Pittsburgh brides came up with the most heartfelt “something old” ideas we’ve ever heard of. We’ve rounded up some of the ways in which soonly-weds just like you paid homage to this bridal tradition. Take a peek, feel free to steal an idea (or two!) and stay tuned as we share inspiration for the rest of this well-known saying over the coming weeks.

Theresa had the honor of wearing her mother’s original wedding veil from the 1980s. It was handmade by her great aunt, who was an Italian immigrant.

Sarah’s co-worker gifted her with a real ten-penny just days before her wedding. She wore it in her shoe for good luck, per tradition.

When Nicole was a teenager, her grandmother gave her a ring that once belonged to her. Ever since then, Nicole has worn it on her right hand. Wearing it on her wedding day was a given and her grandmother was so excited to see that she had chosen it as her “something old”.

Alyssa’s grandmother loved opals. When she passed away, Alyssa was fortunate to inherit one of her beloved opal rings, which she wore on her wedding day, along with a new opal ring that also served as her “something new”.

Kristen’s sister and two cousins both wore their grandmother’s favorite brooch on their wedding days. Kristen followed suit when she got married and pinned the family heirloom to her bouquet.

A brooch from her grandmother and an angel pendant from her mom both served as Andreah’s “something old”. The brooch holds special meaning as it is one of the few items that once belong to her grandmother that she still has.

Courtney’s dad passed away when she was a little girl. As a way to honor him and put a unique spin on the “something old” tradition, Courtney had her mom’s wedding band and another ring her father had given her mother transformed into a beautiful new necklace. Lisa Marie Kotchey Designs crafted a pendant necklace that incorporated both old pieces that Courtney was proud to wear on her special day.

A Piece of Someone’s Wedding Dress

Emily’s close family friend passed away from cancer, but as a way to honor her – and as her “something old” – Emily had a piece of the friend’s wedding dress sewn into the bottom of her own. It was even in the shape of a heart since she was like a second mother to Emily.

Instead of ribbon, Erica’s bouquet was wrapped in a piece of her grandmother’s wedding dress.

Leah took this idea one step further and incorporated both her mother’s and her grandmother’s wedding dresses! Her mom sewed pieces of each together to make a unique, sentimental bouquet wrap.

Speaking of bouquets, Renee added a very special feature to hers. Using a piece of her mom’s wedding dress, Renee rolled it into a flower-shape and secured it into her own bridal bouquet. This subtle addition was intentional and sentimental, and instantly won the hearts of her guests when they learned of the “easter egg” in Renee’s bouquet.

Gabrielle’s best friend growing up was her grandfather. Unfortunately, he passed away before he got to see her on her wedding day. As a way of having him there with her, the bride chose to incorporate his tie pin – which he wore every day – into her bouquet. It was her way of ensuring he was with her as she walked down the aisle.

What was your “something old”? Share your idea with us by uploading a photo to social media and tagging @burghbrides and using #burghbrides. 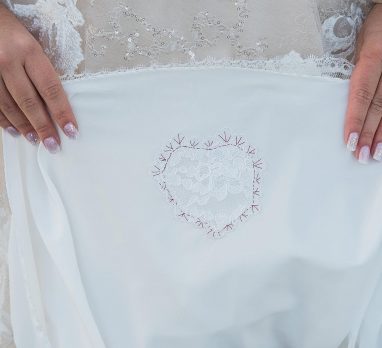 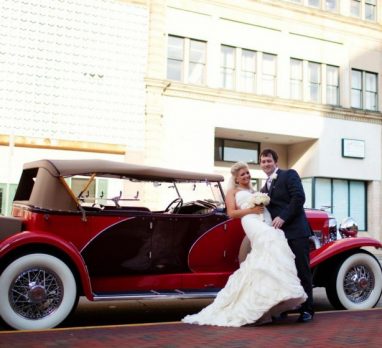 10 Ideas for Something Old 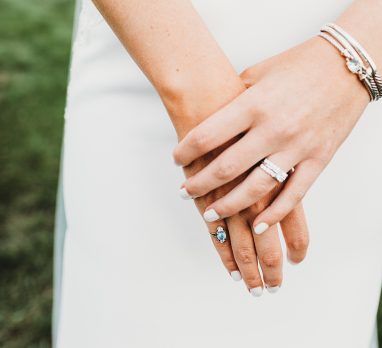 7 Ways to Wear “Something Blue”