Buckle up because this Kennywood engagement session is about to take you on the ride of your life! Having had their very first date at the famous Pittsburgh amusement park, Taryn and Howie returned to this local landmark for their pre-wedding photo shoot with Jeannine Bonadio Photography. They took a spin on the Music Express, shared some soft serve covered in rainbow jimmies, and tried their hand at some games, winning the biggest prize, of course! You’ll recognize the Thunderbolt, Racers, carousel, and other park favorites too. All in all, these images are playful, colorful, and the very definition of fun. Take a peek and see if they don’t conjure up memories of sweet summer nights spent at Kennywood! 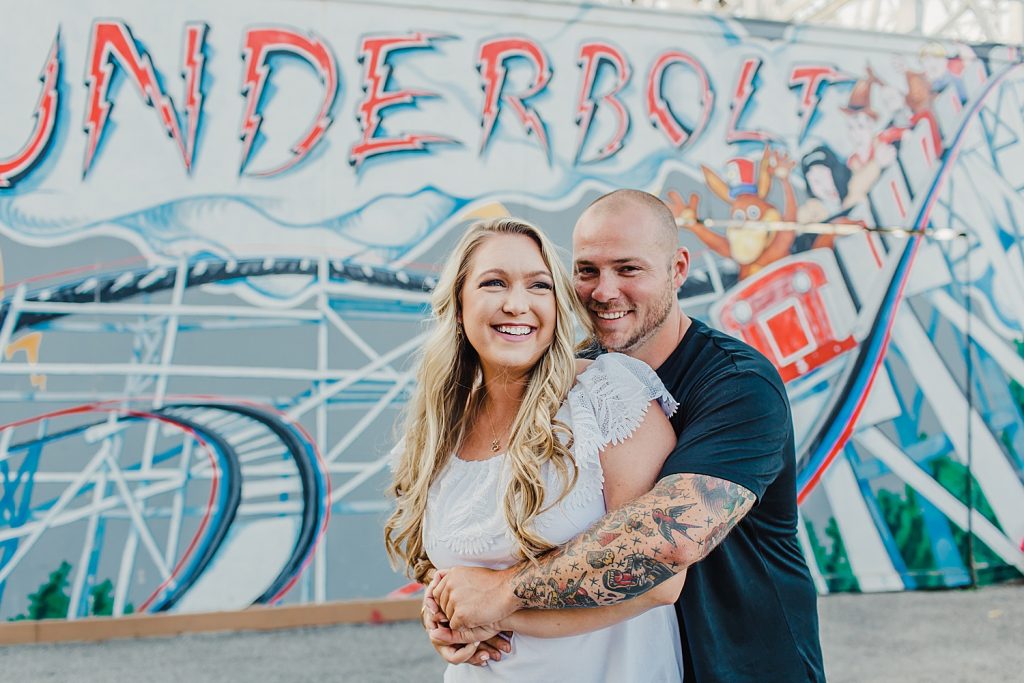 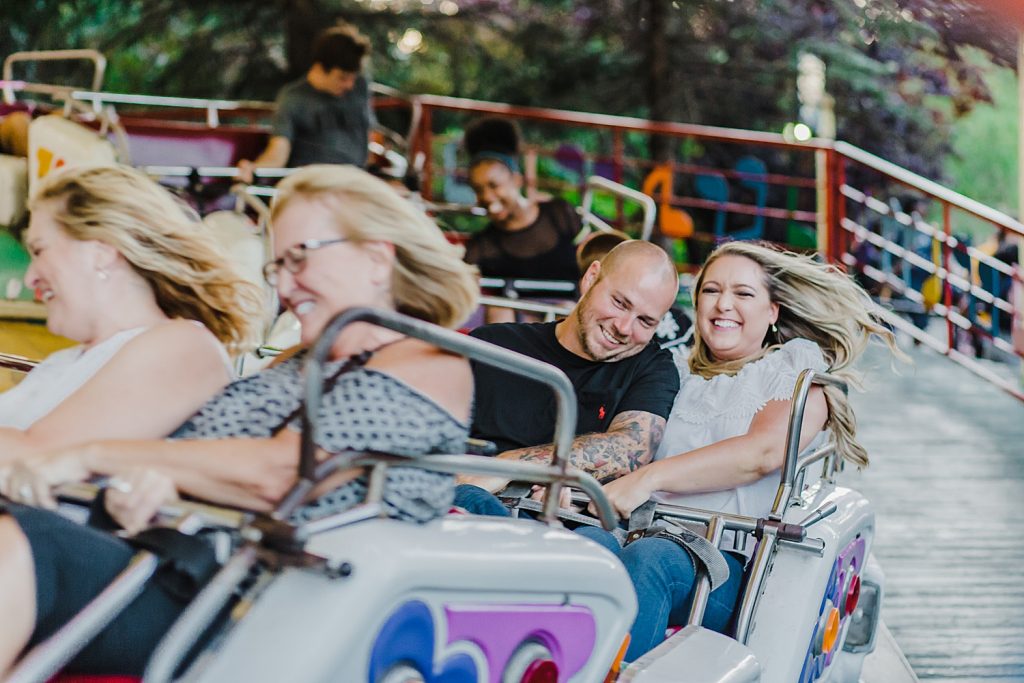 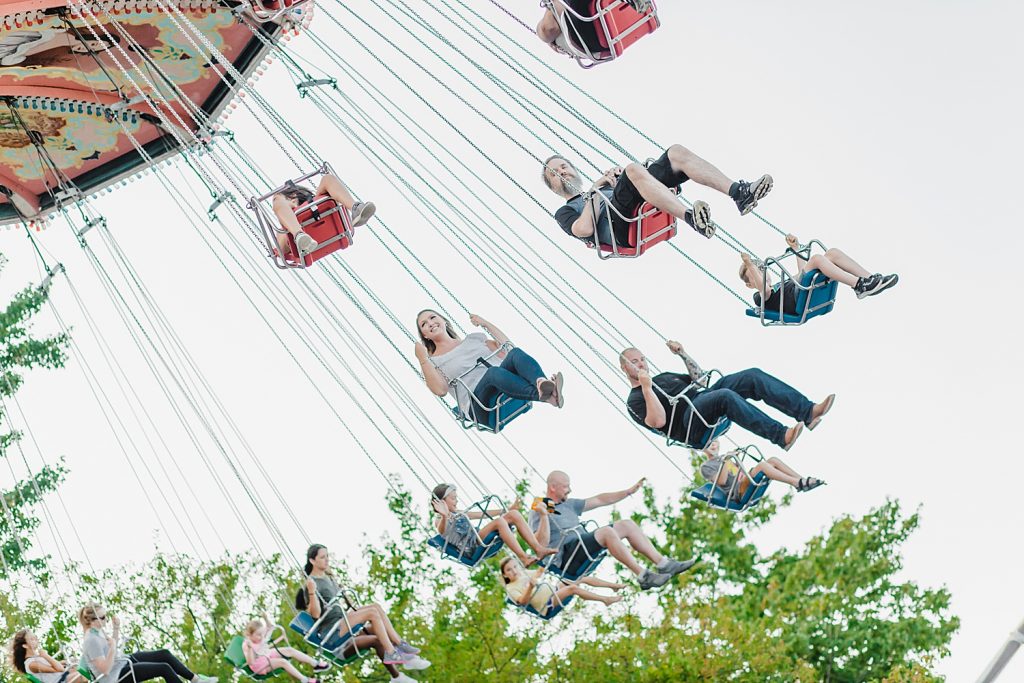 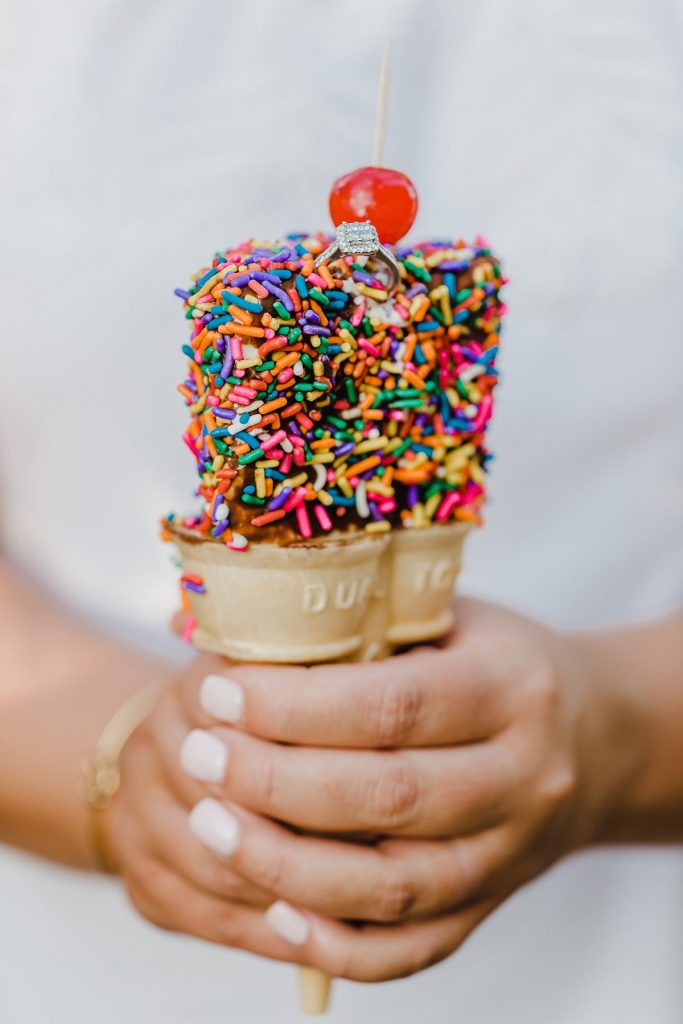 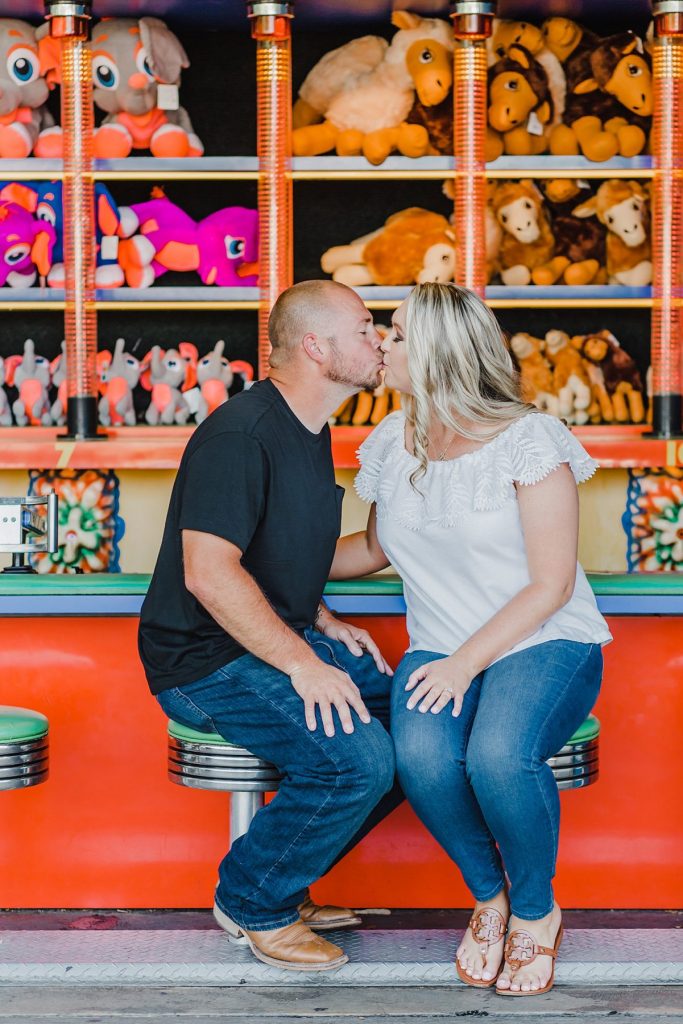 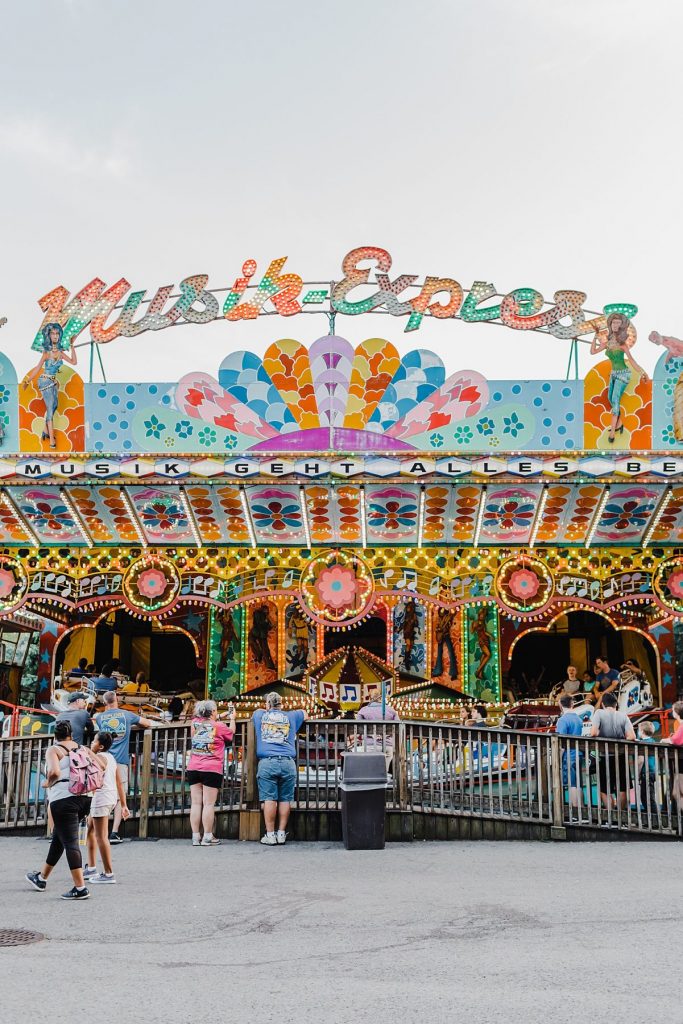 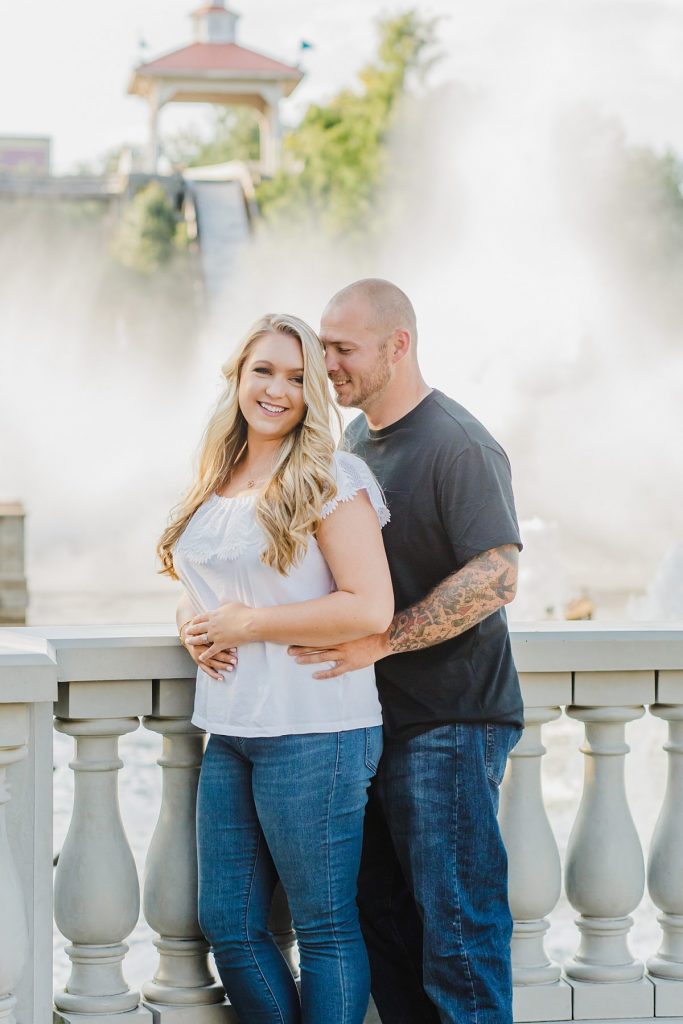 Taryn and Howie met in junior high, 17 years ago! They dated on and off until high school. Taryn went to college and Howie went to the Marines. They both wound up back in their hometowns, met up in 2012, and have been dating ever since.

Howie finally proposed on Christmas Day 2018 at their home. He wanted the proposal to be just between the two of them, nothing flashy or fancy. He proposed in the morning before visiting with family and friends, so it was a major Christmas surprise to everyone. 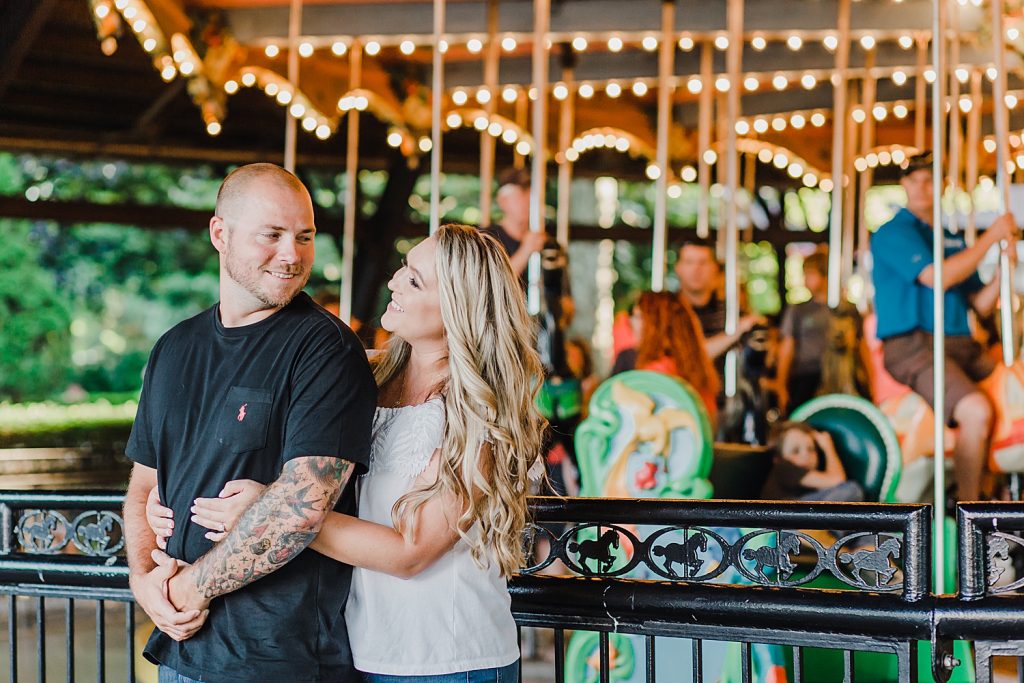 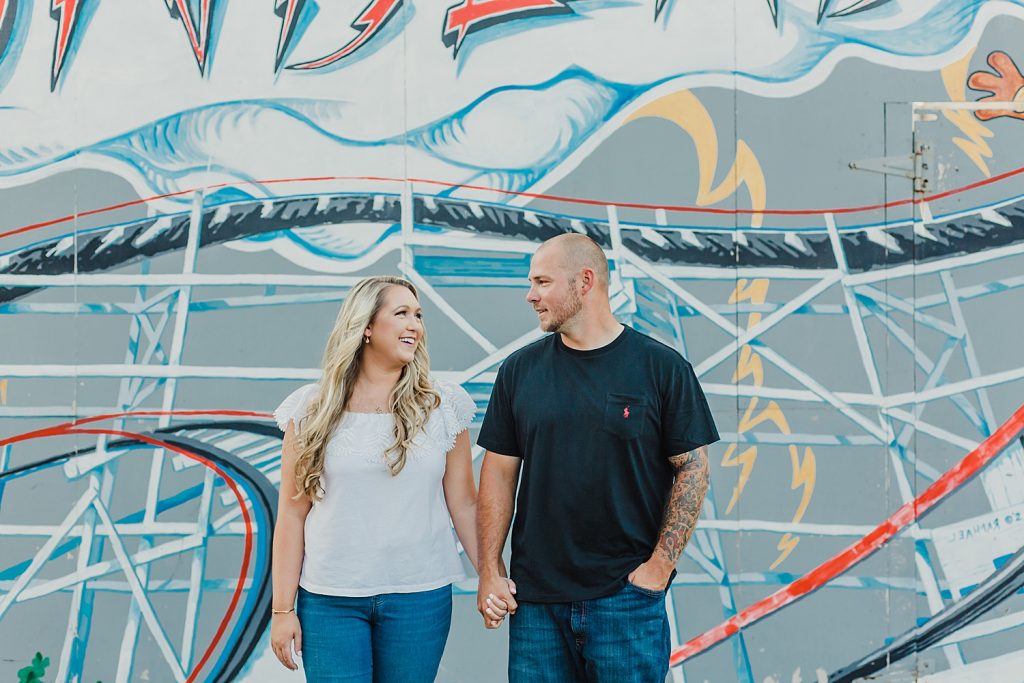 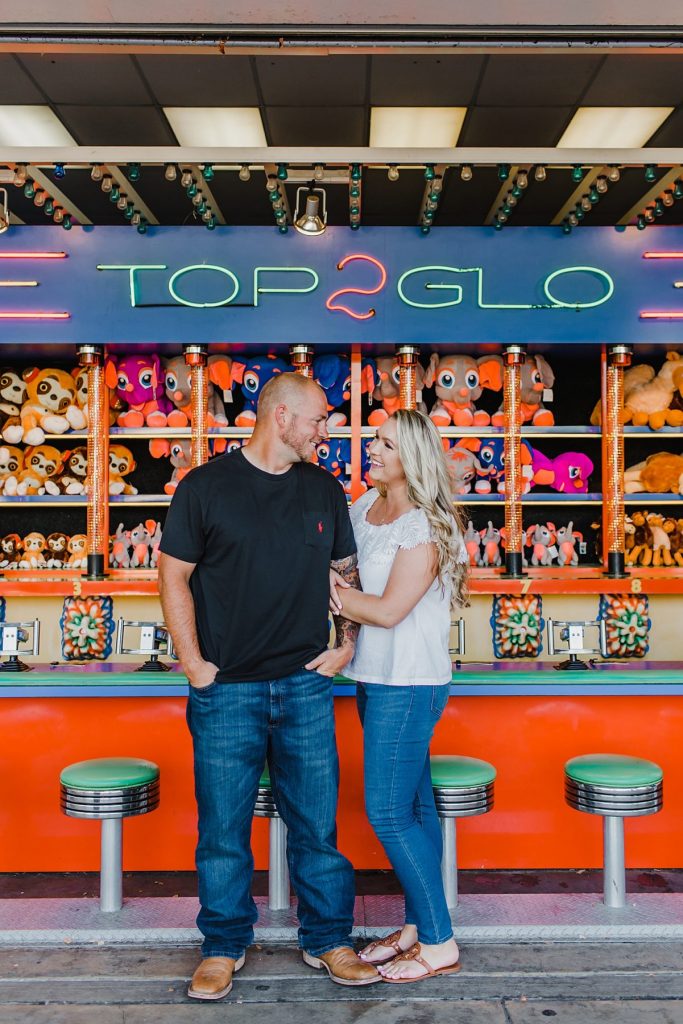 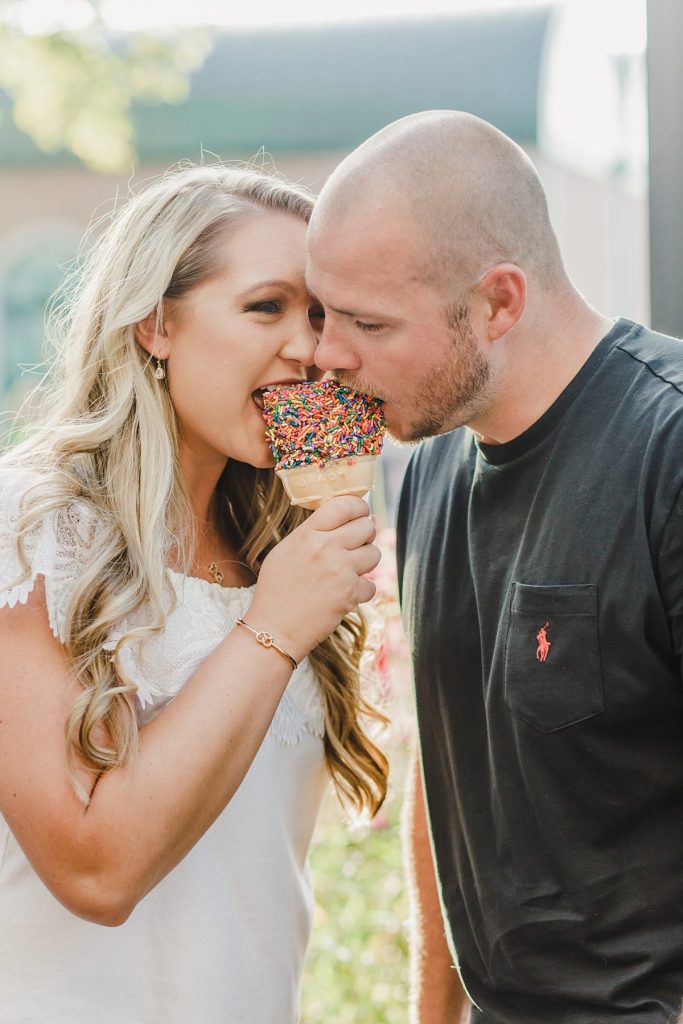 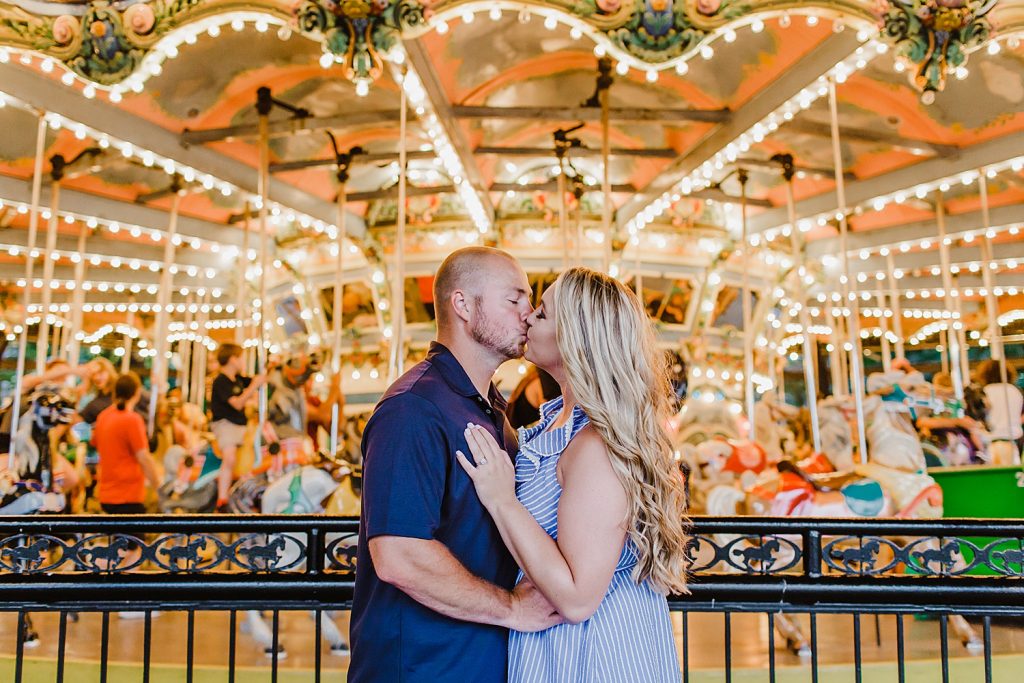 Taryn had the idea of a Kennywood engagement session because she wanted something different. Both she and Howie are big fans of Kennywood, always having a season pass. Perhaps this was because Fright Nights at Kennywood was their first date way back in junior high. The place has a lot of nostalgia and memories for them. The idea was just to have a casual shoot running around Kennywood as anyone would! It was so much fun! They ate all of their favorite treats and rode the rides that made for awesome shots! 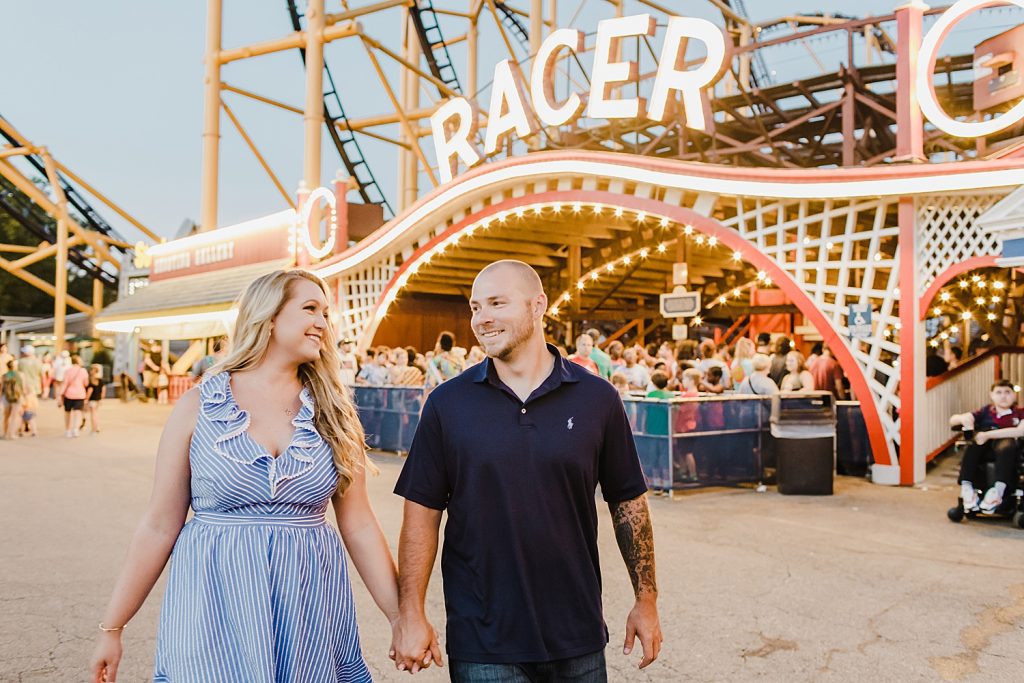 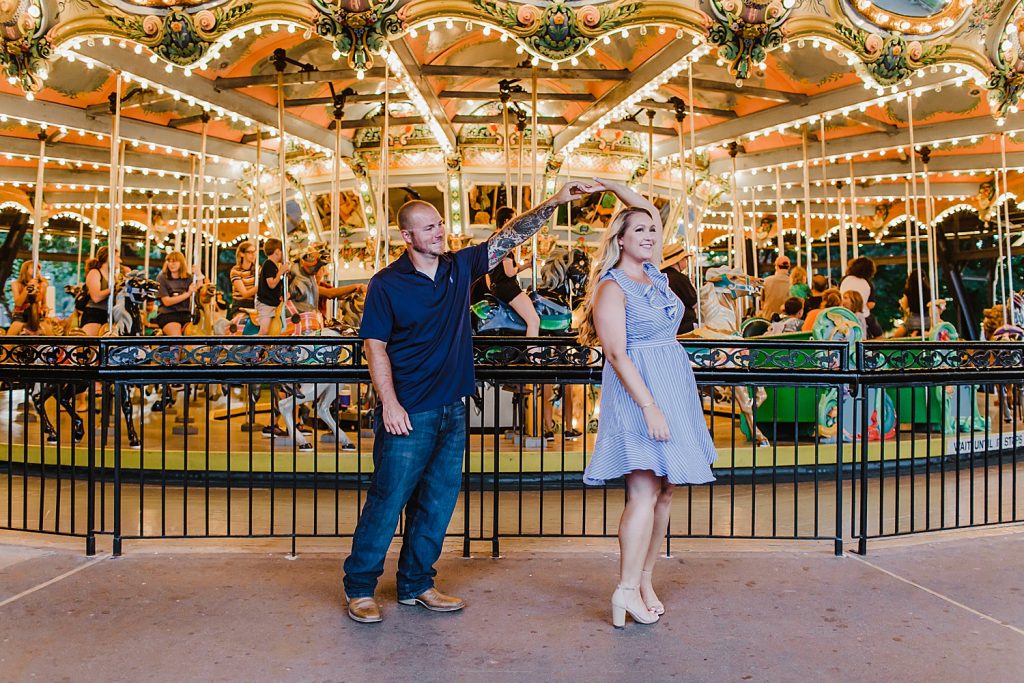 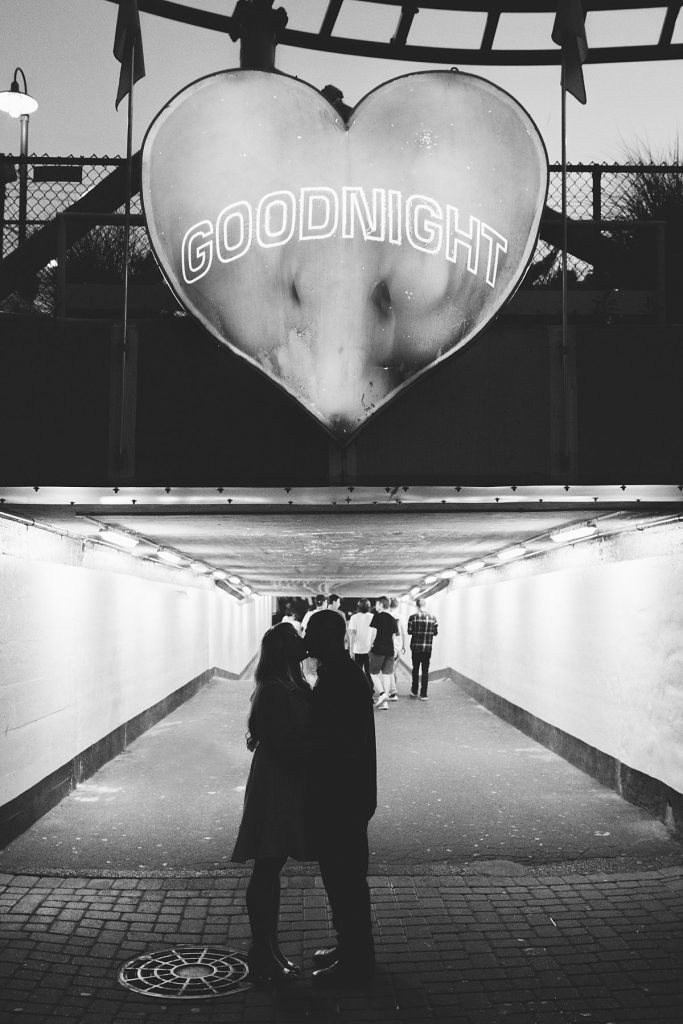 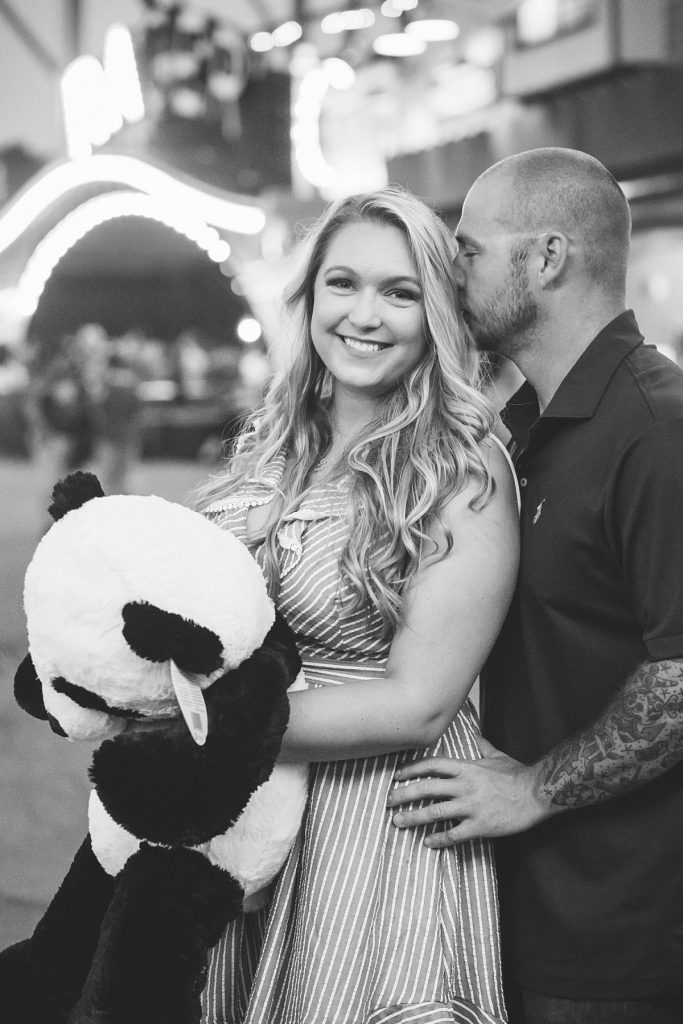 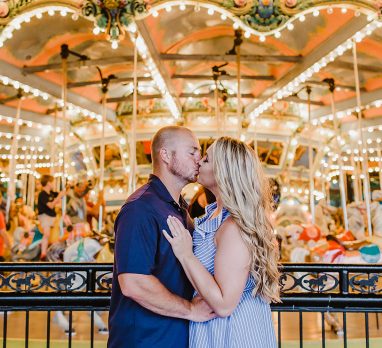 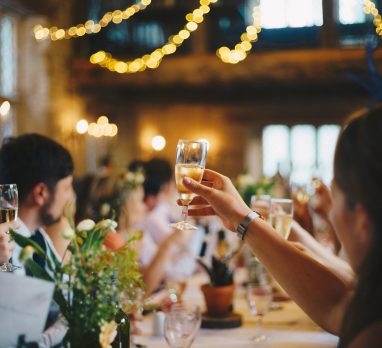 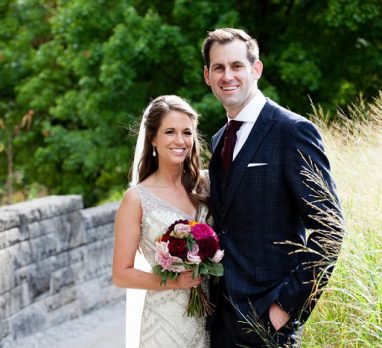