For a couple who spent many date nights on the North Shore, a Heinz Field engagement session makes perfect sense. Sarafina and Justin fell in love over Steelers games, Pirates games, and long walks along the water. With Tara Antil Photography in tow, the pair decided to return to their old stomping grounds for some very Pittsburgh-themed engagement photos. Before dressing things up, the bride and groom-to-be posed in matching custom Steelers jerseys bearing what will be their shared last name, as well as their wedding date and month – August 29. City skyline views, golden bridges, and a casual and fun vibe make this feature a must see for any black and gold fan! 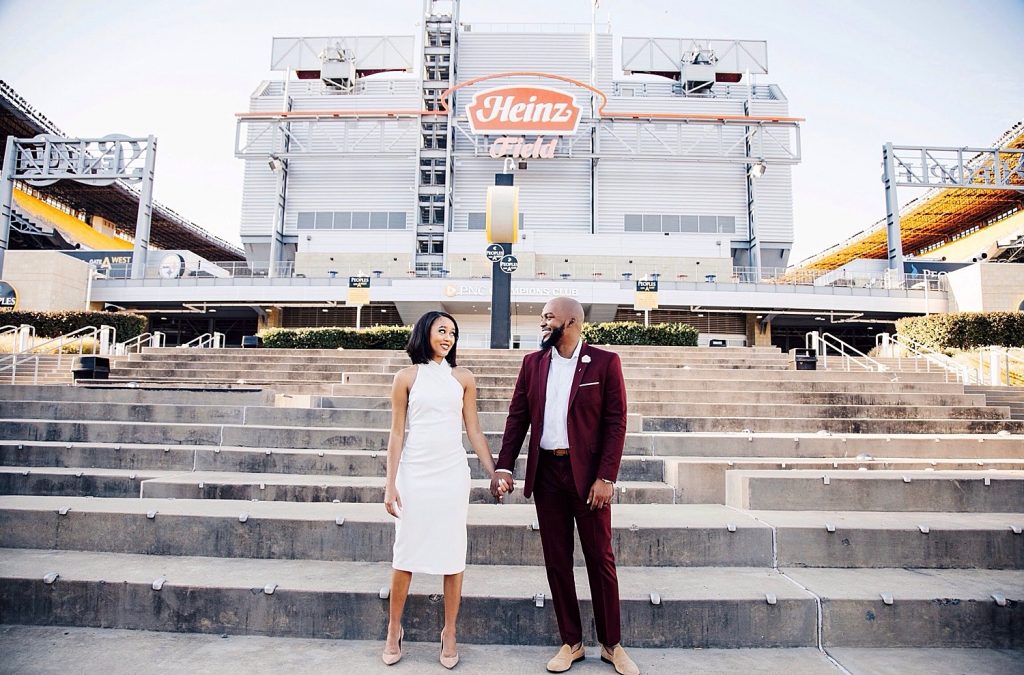 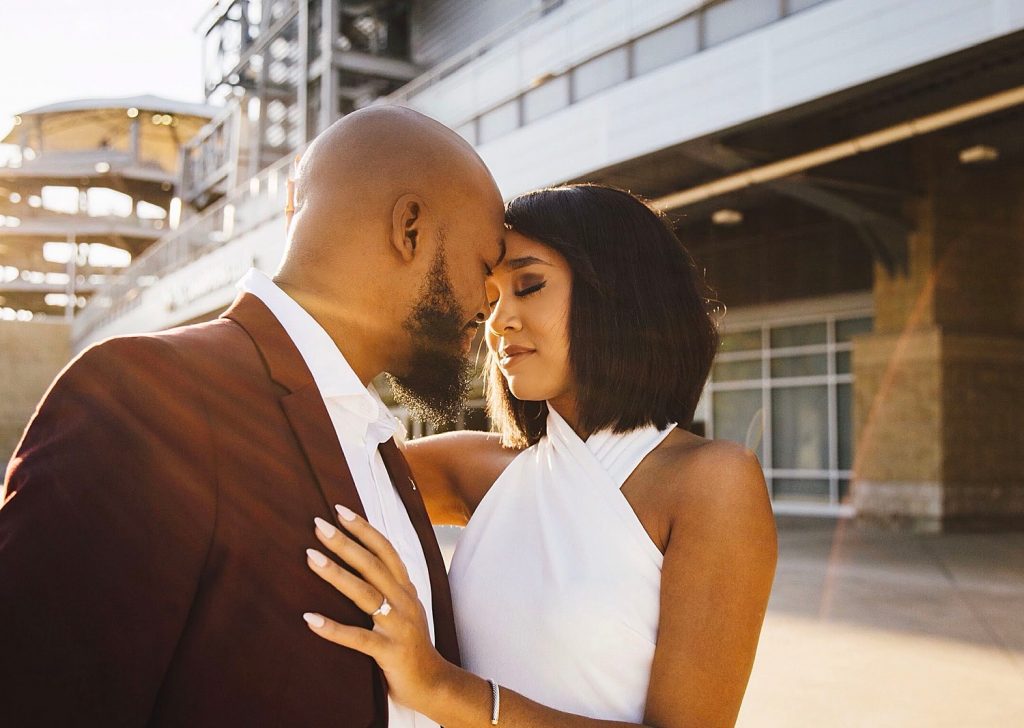 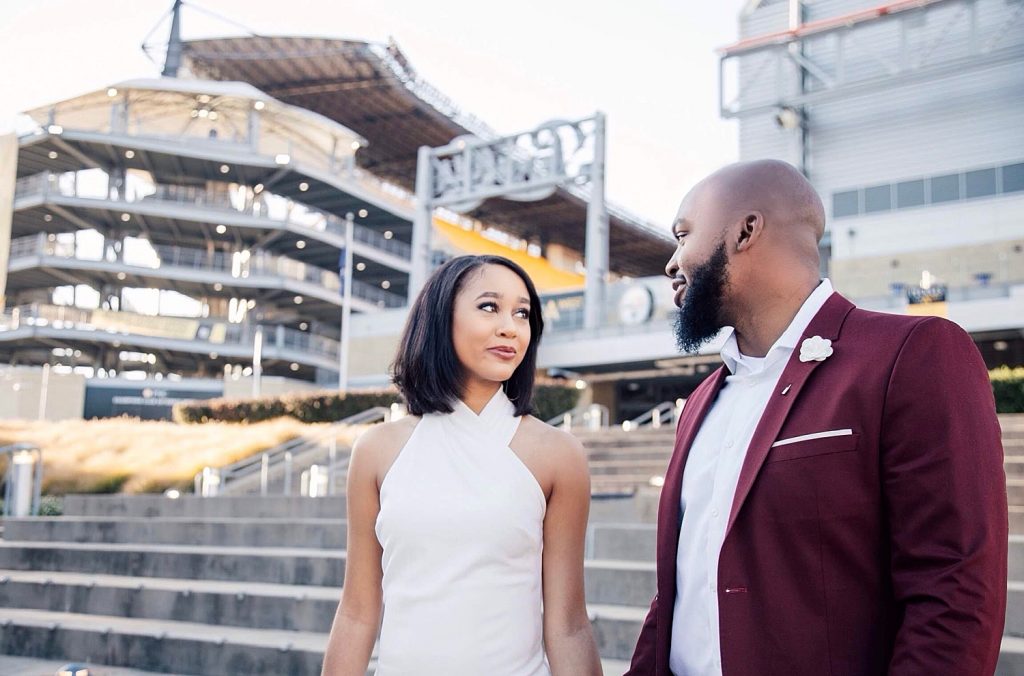 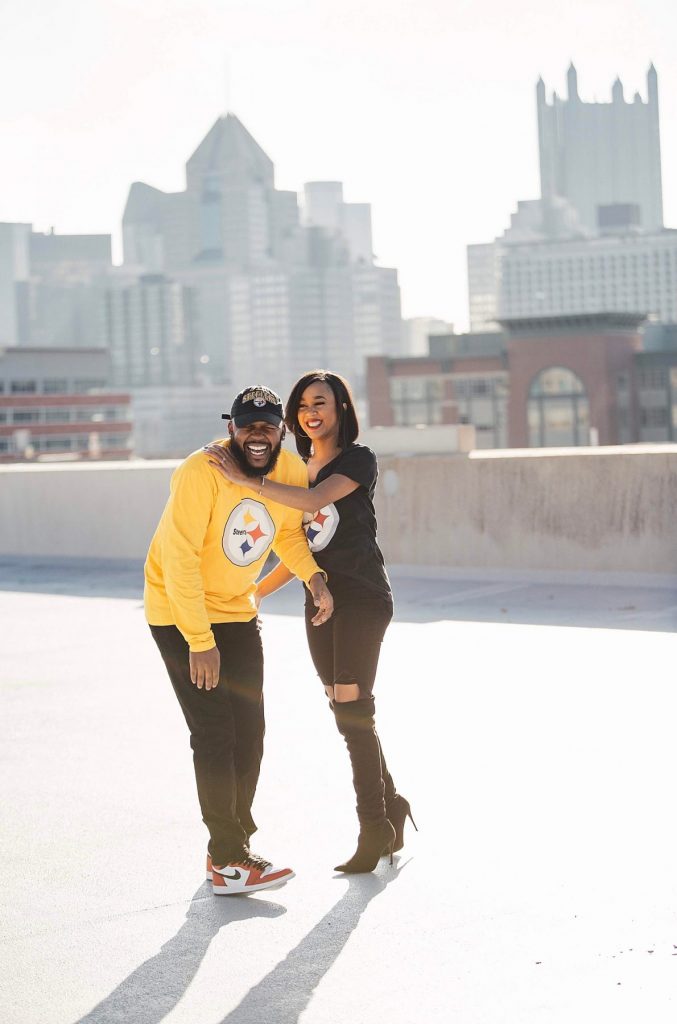 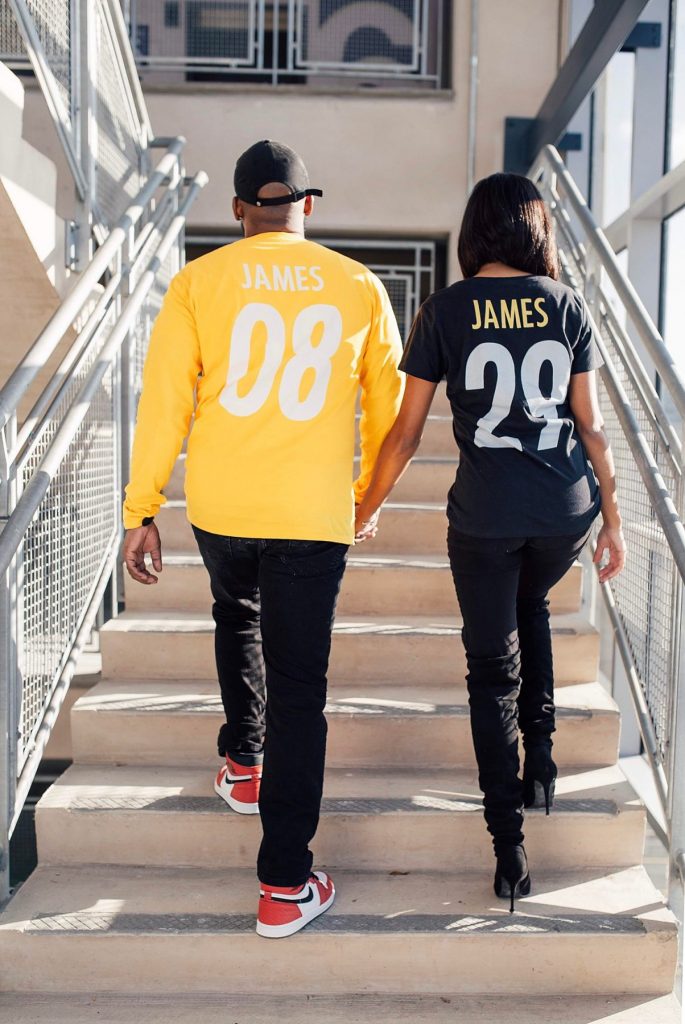 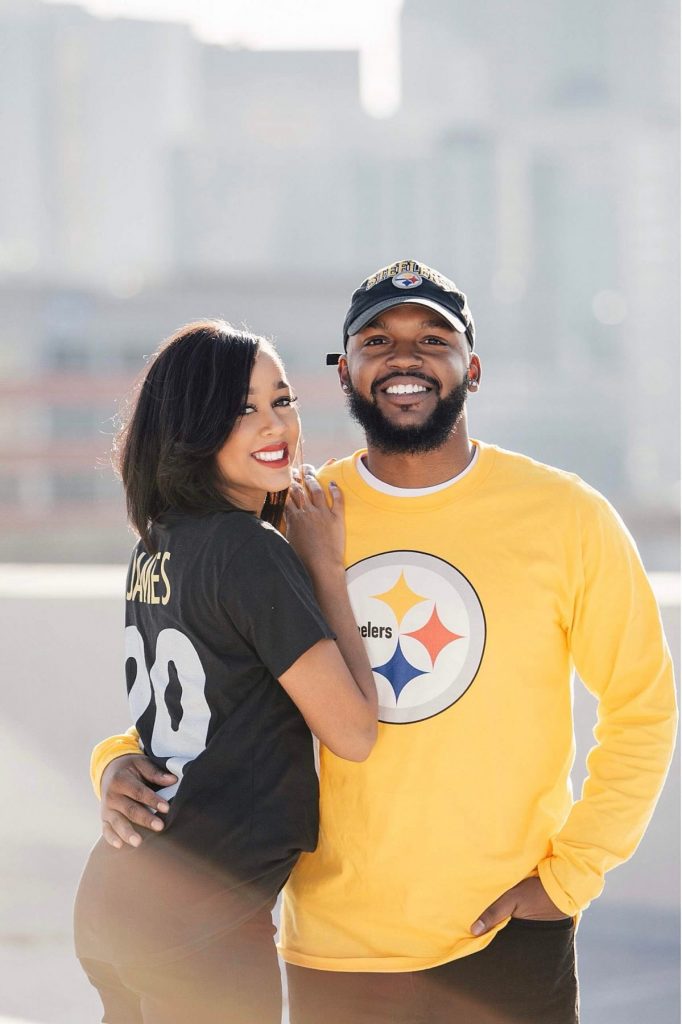 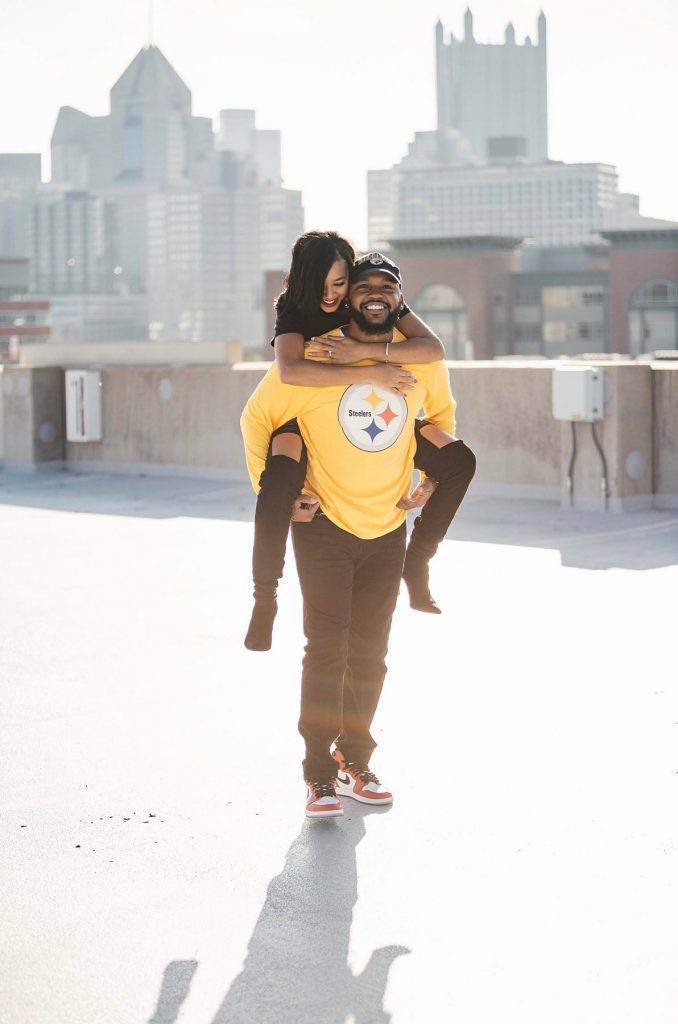 Sarafina and Justin met at a mutual friend’s birthday party on February 14, 2015. It was undeniable that the two had an instant connection!

A few days after their initial “hello”, the two went on a first date. Unfortunately, shortly thereafter, Justin moved to Tampa, Florida and Sarafina moved to Little Rock, Arkansas.

The two reconnected years later for Sarafina’s birthday in Memphis, Tennessee. From there, the two grew closer together despite being miles apart.

During the summer of 2019, after traveling to Connecticut to attend Sarafina’s college roommate’s wedding, Justin popped the question – and Sarafina said “YES!” 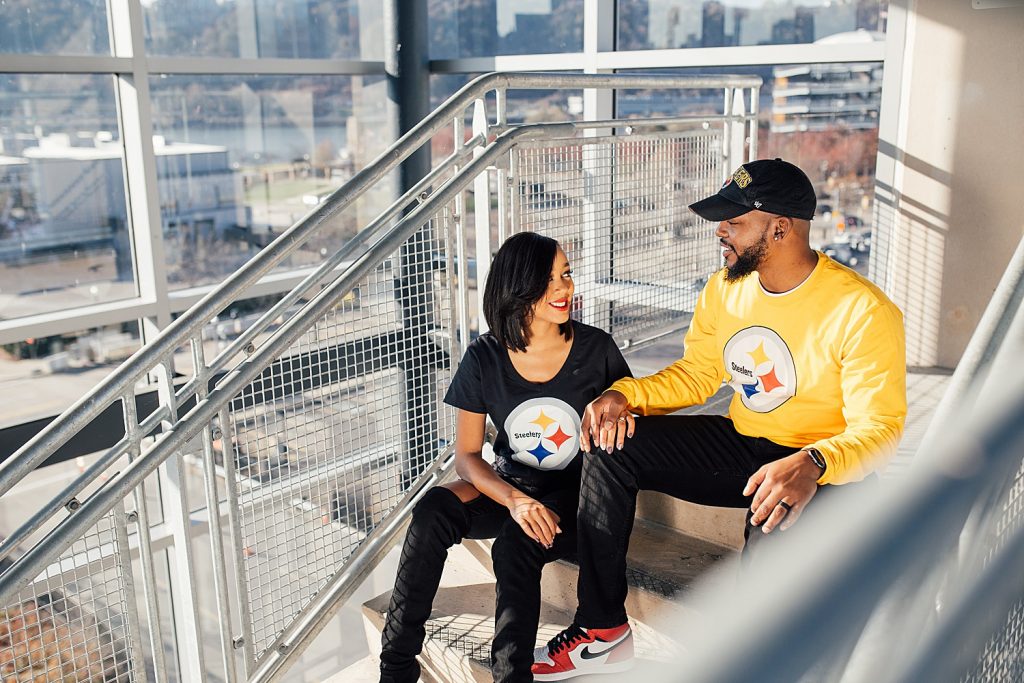 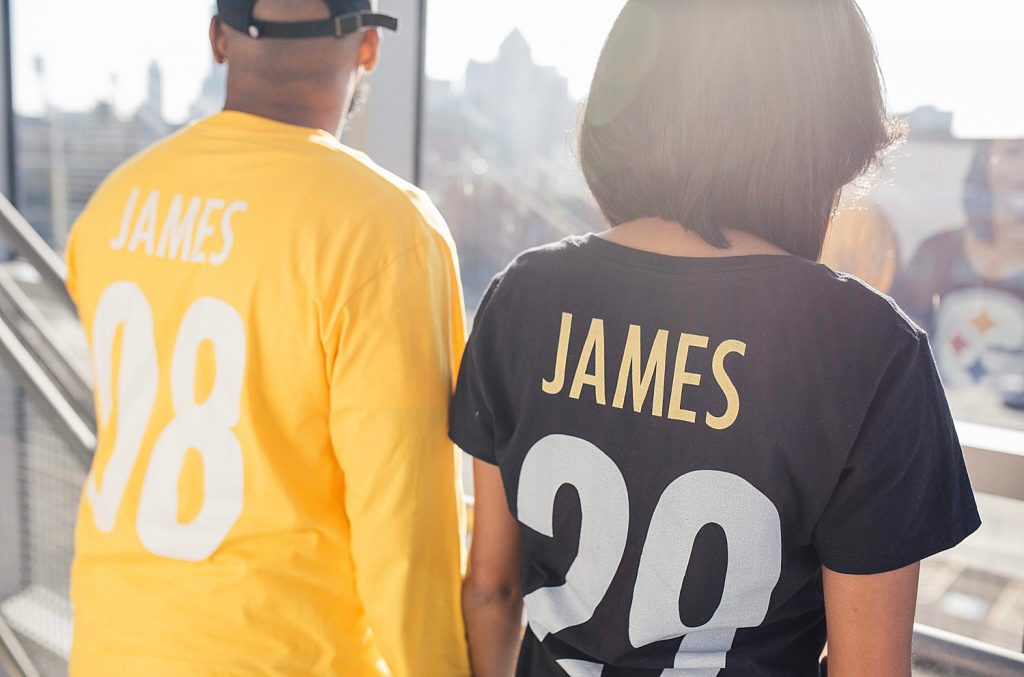 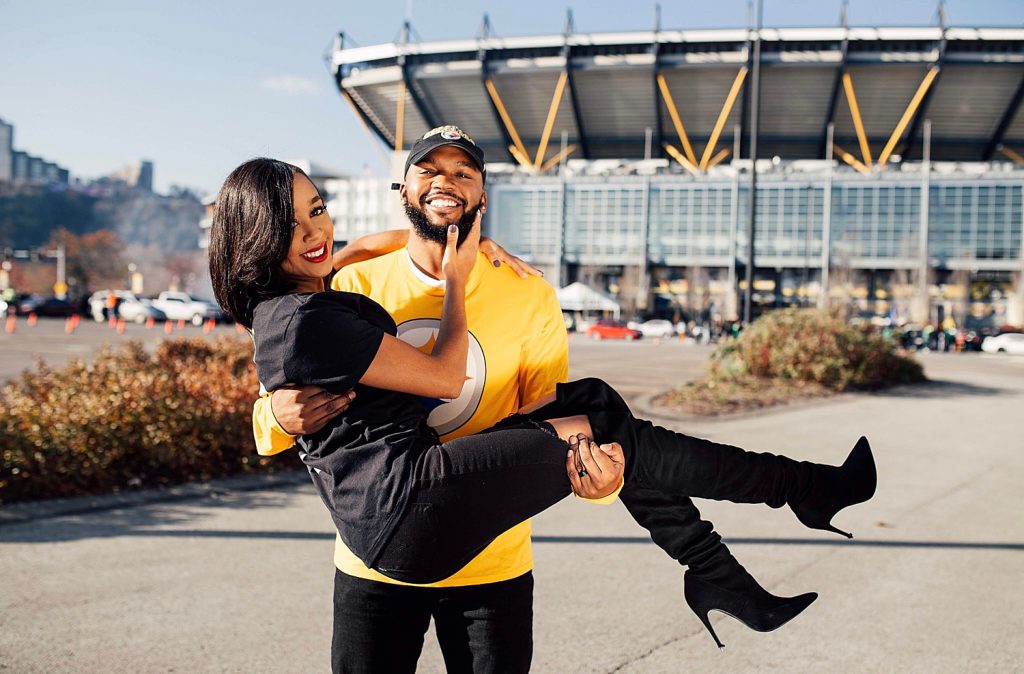 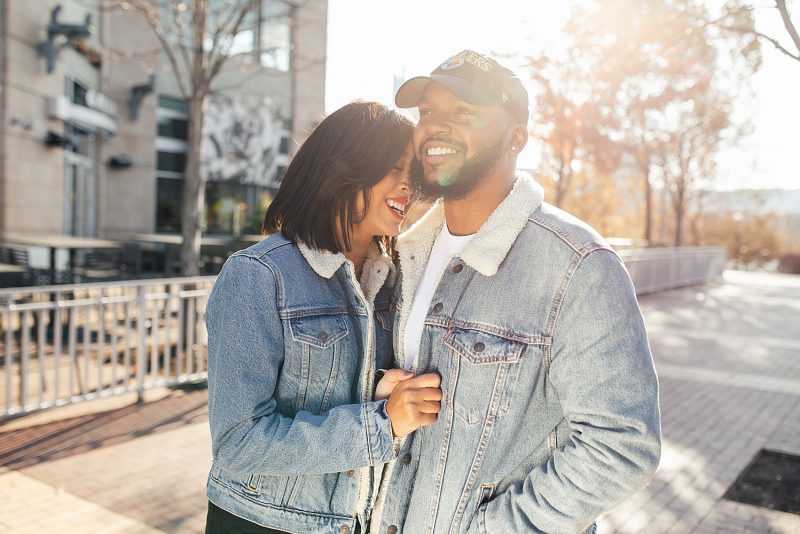 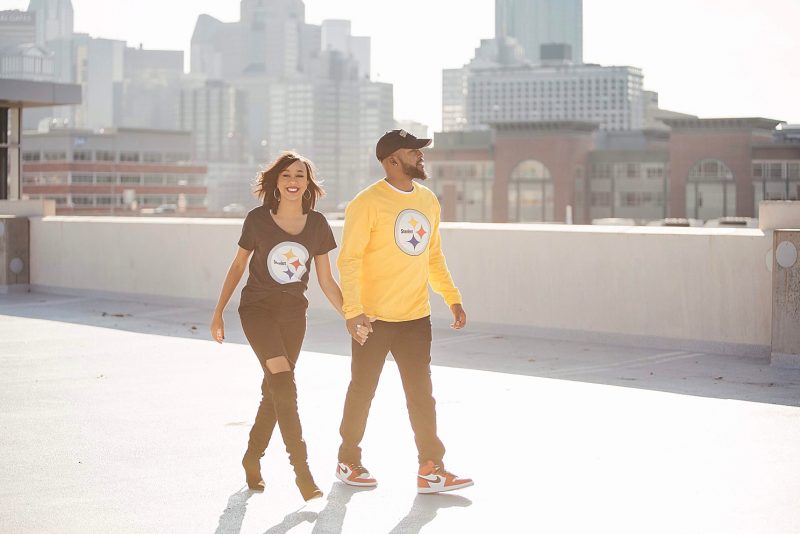 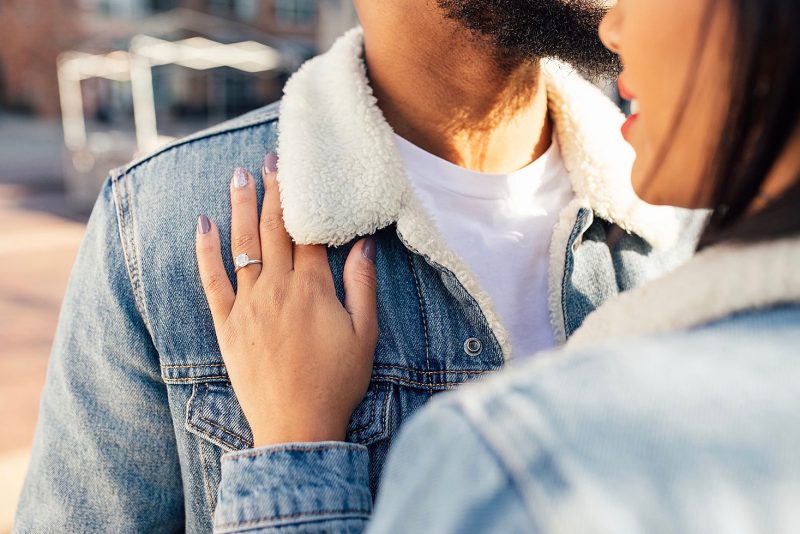 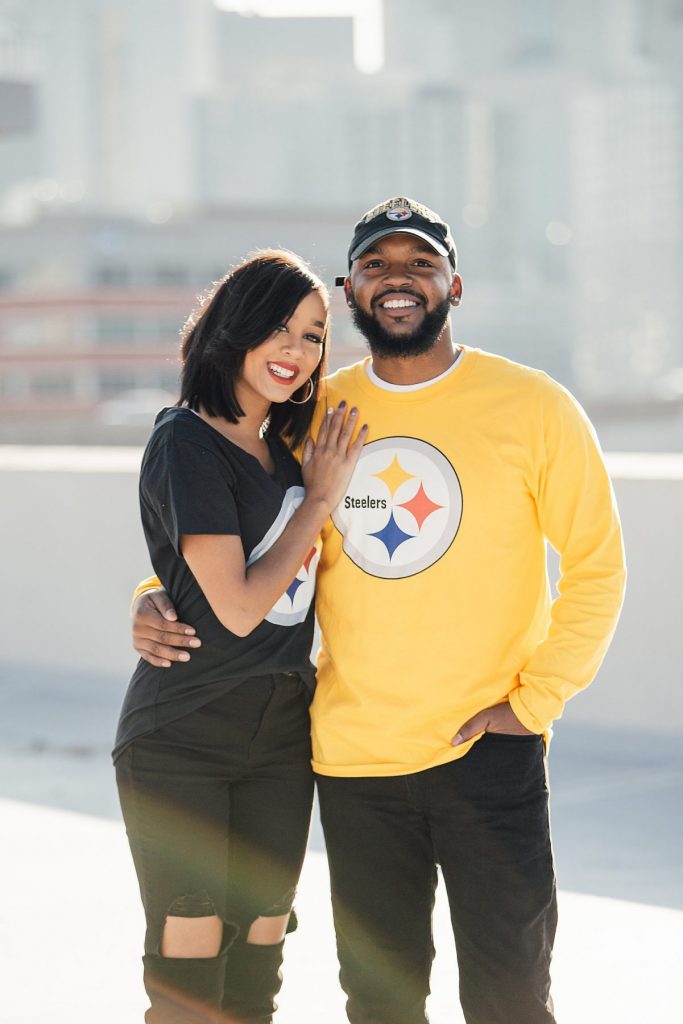 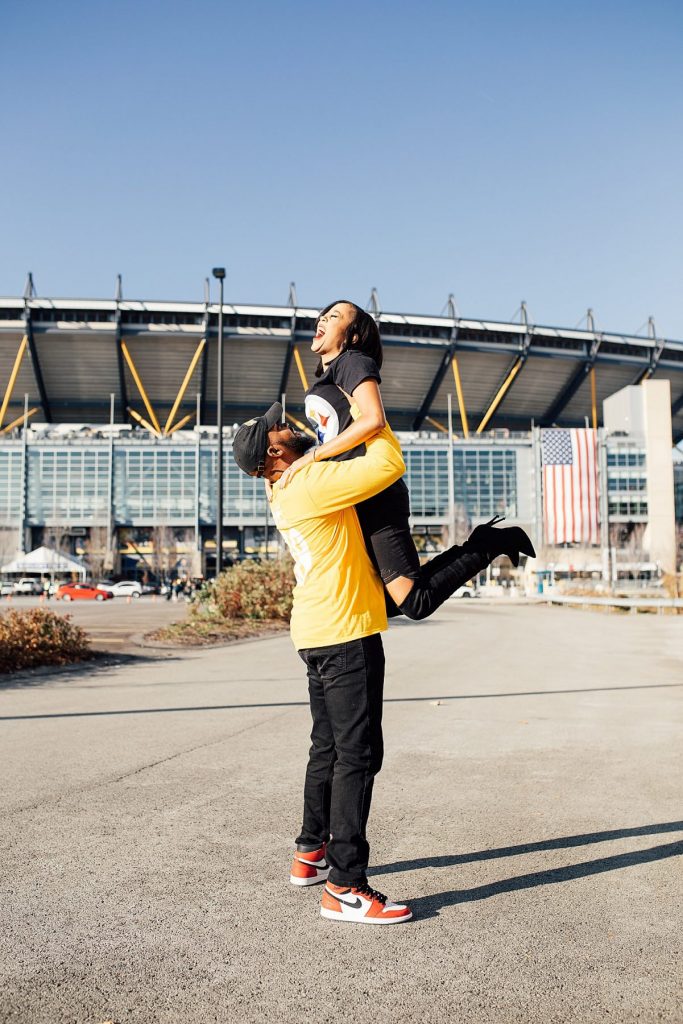 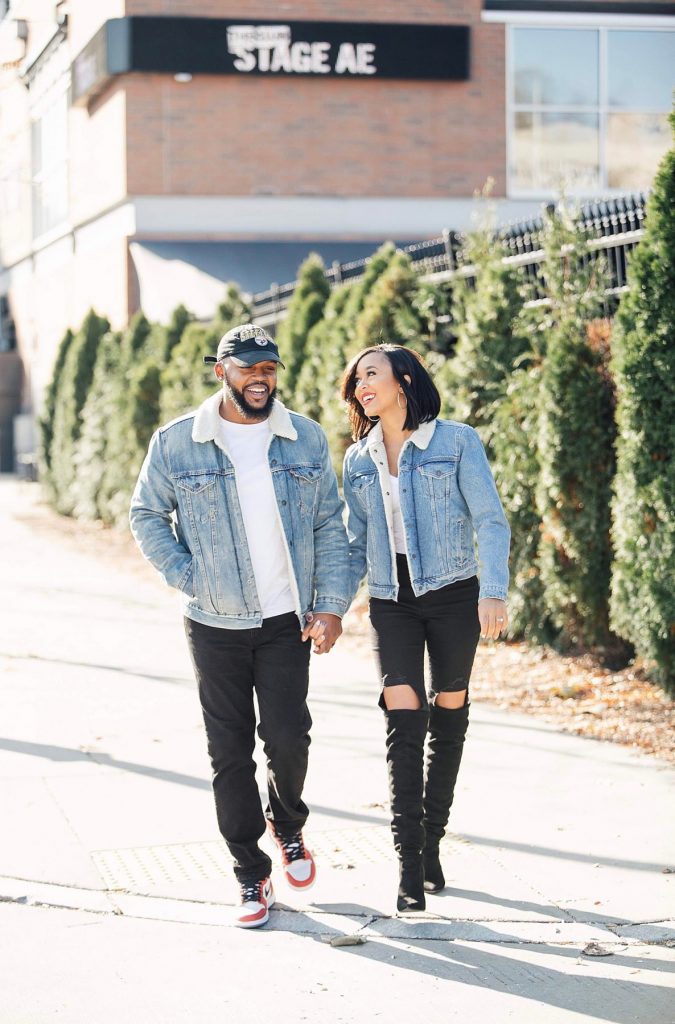 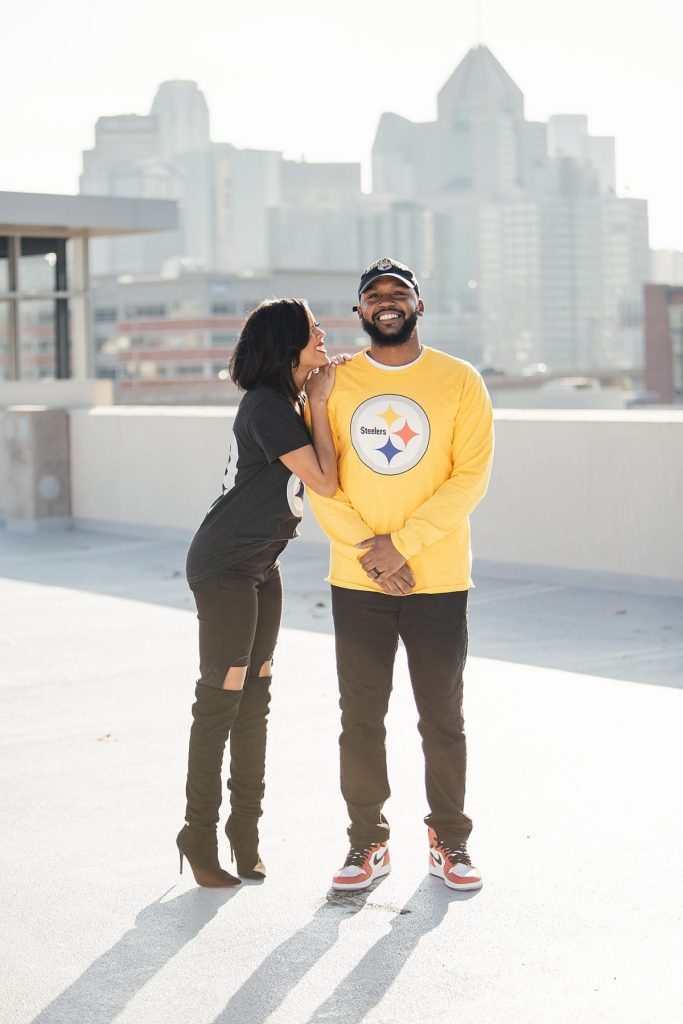 When Sarafina and Justin began dating, their nights would always gravitate towards the North Shore. Between baseball and football games and countless walks near the water, the couple’s bond grew. The North Shore’s iconic views of downtown Pittsburgh became the perfect backdrop for their love story, so it was an easy choice when it came to picking the location for their engagement photos.

The couple also stuck with the Pittsburgh theme when it came to styling their shoot. As the couple posed for photos near Heinz Field, they wore custom Steelers shirts displaying their last name, James, and the numbers 08 and 29, the month and day they plan to marry in 2020. Sarafina and Justin also opted for several outfit changes to add variation to their photos.

Their talented photographer, Tara Antill, was able to perfectly capture the “real-time” fun this couple has together, making this session effortless and fun for all parties involved! 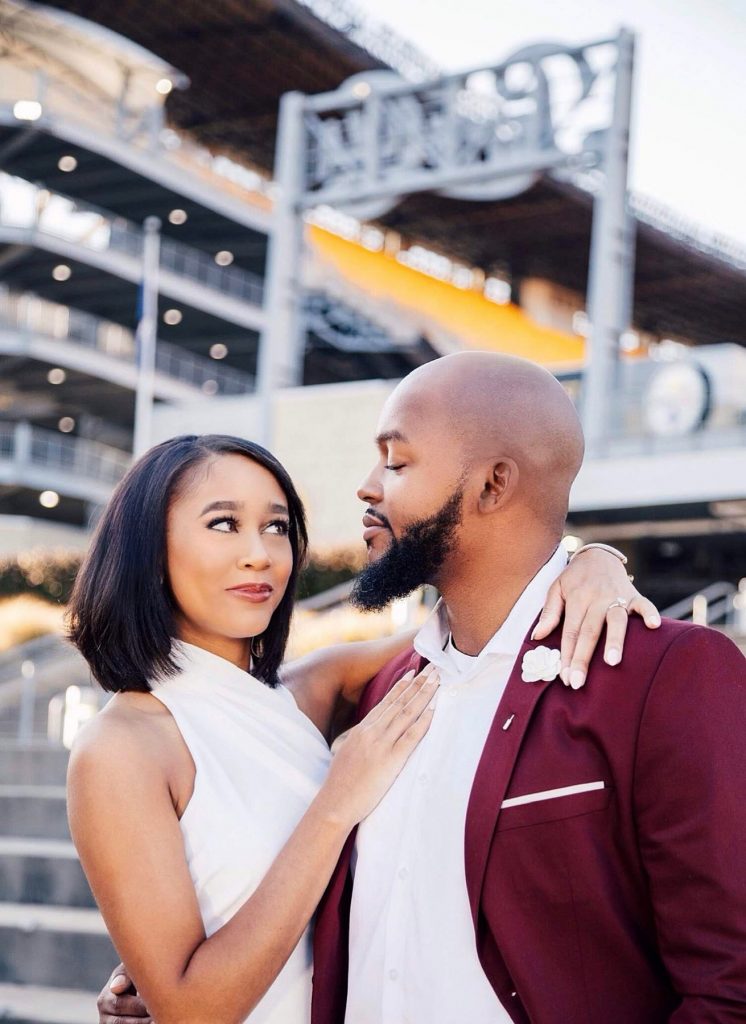 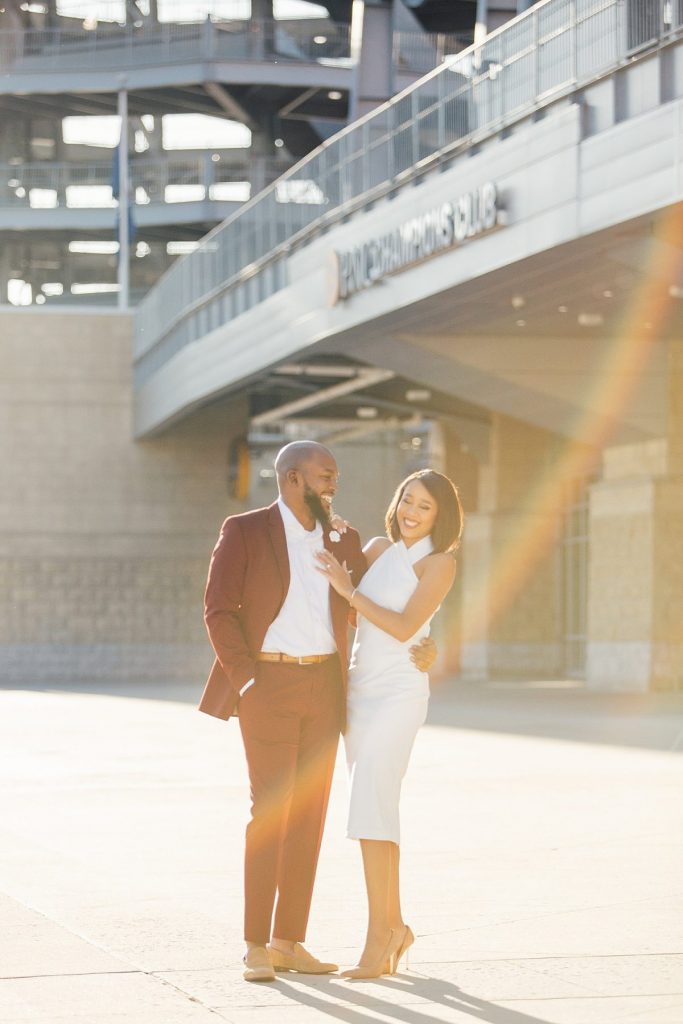 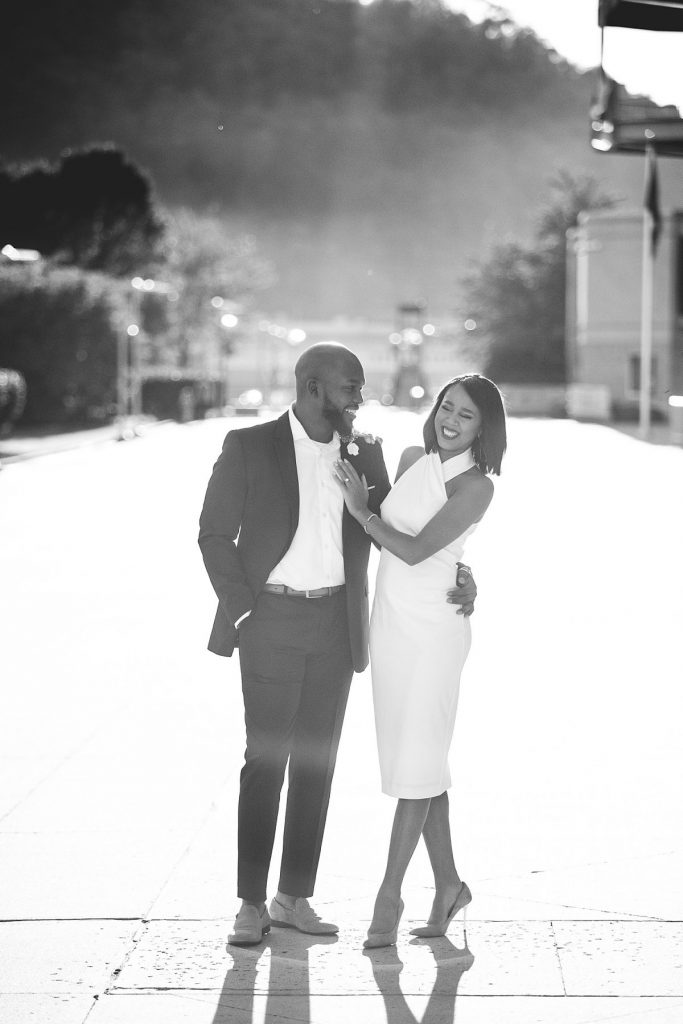 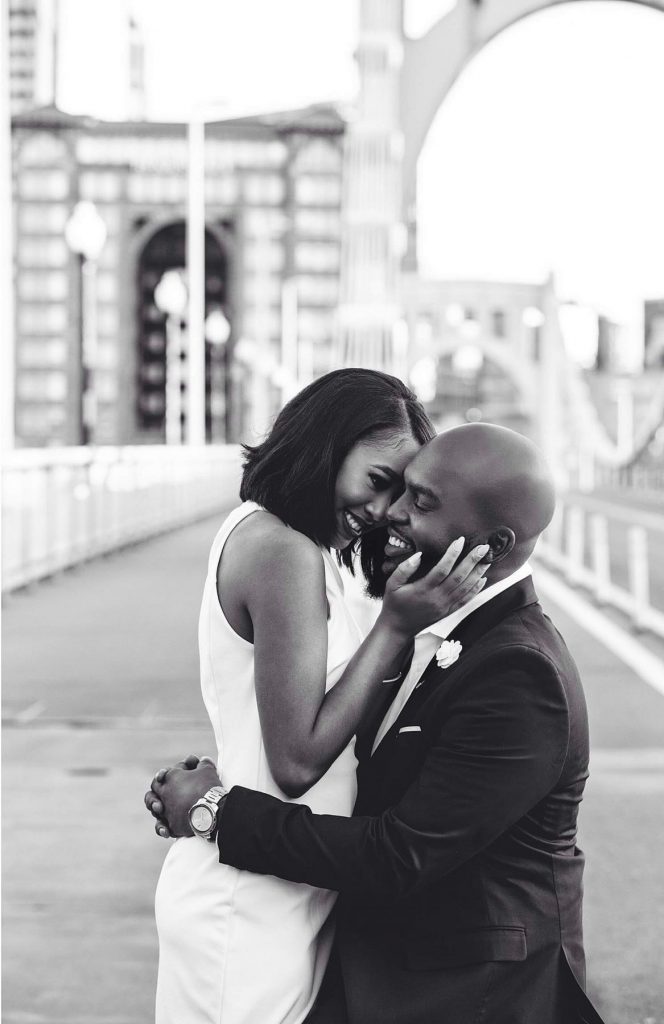 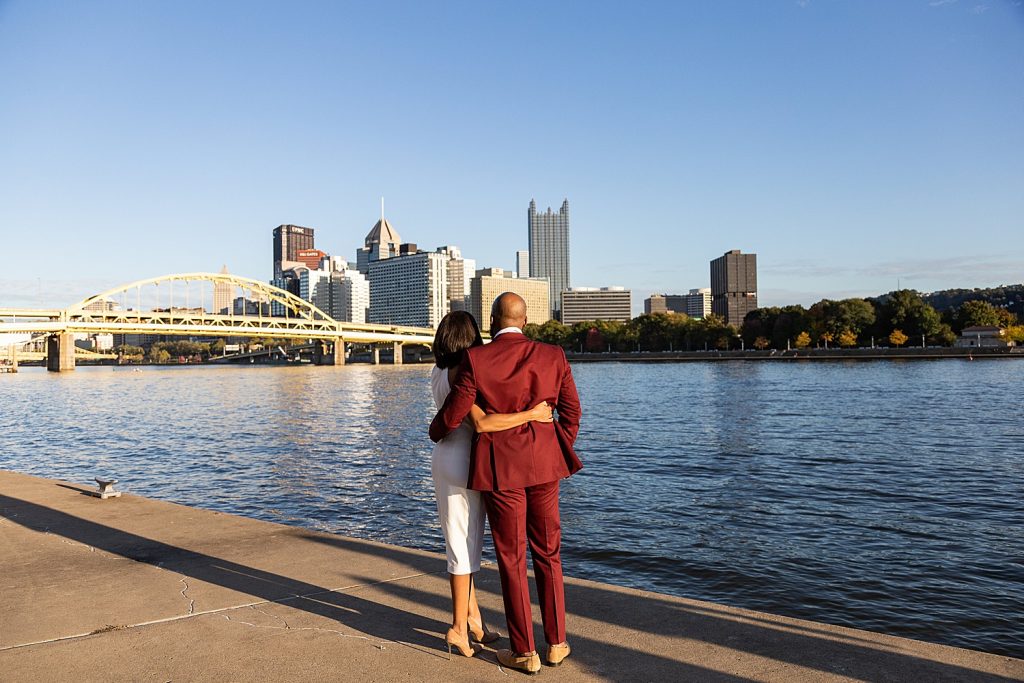 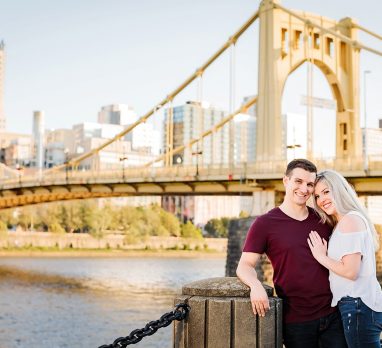 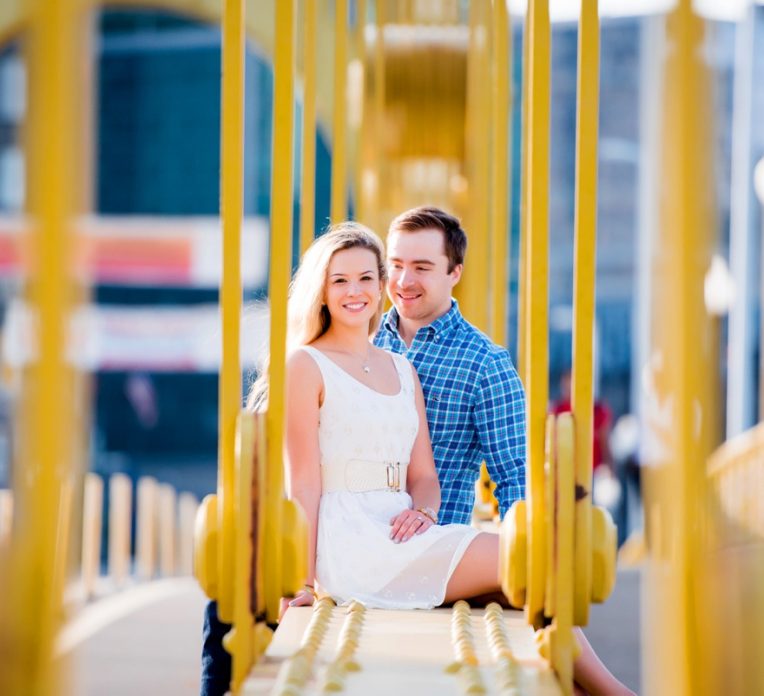 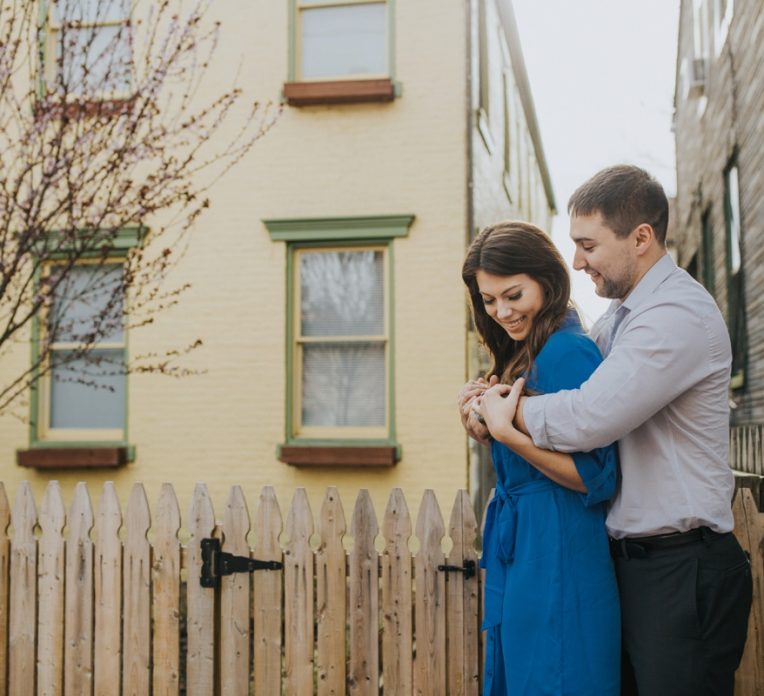 Gritty Engagement Session on the North Side: Linda & Anthony