When this fall sunset engagement session came across my desk, I almost died.  But not in a bad way…a good way…the kind of way that is because something is stinking good that you really don’t know what to do with yourself.  It’s the same feeling I get when I see baby elephants or kittens in teacups or babies yawning.  Lauren and Alan are so freaking adorable that it’s really, truly unfair.  I mean just look at these two.  Match made in freaking heaven.  They are both elementary school teachers (just when you thought it couldn’t get any cuter…), and they both have fun-loving, laid-back personalities.  So they wanted their engagement session with Rachel Rowland Photography to capture just that.  They settled for a casual autumn day in a field, climbing on trees, laying in the grass, and straight up flirting with each other.  The thing that makes these photos extra special (besides Lauren and Alan’s good looks and flawlessly styled outfits, of course) is the glowing sunset.  The muted colors of the season, crisp leaves, and clear sky were punctuated by brilliant, blinding light.  Lauren and Alan…these images…I just can’t.  See if you can. 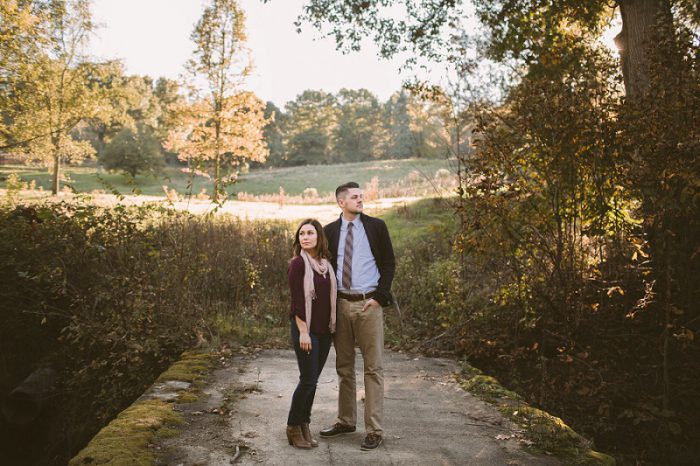 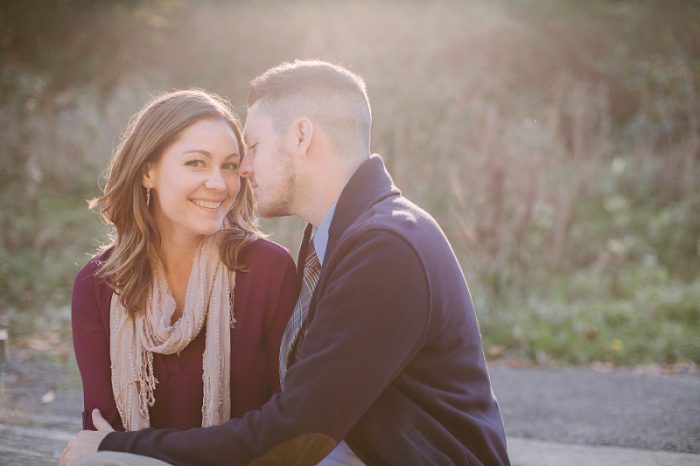 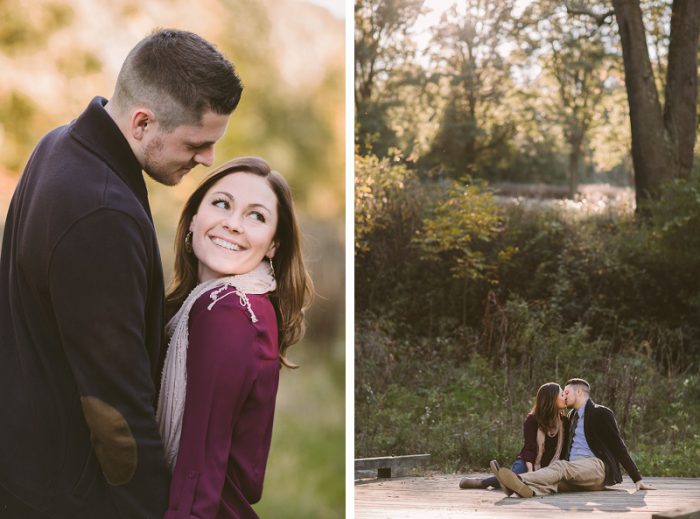 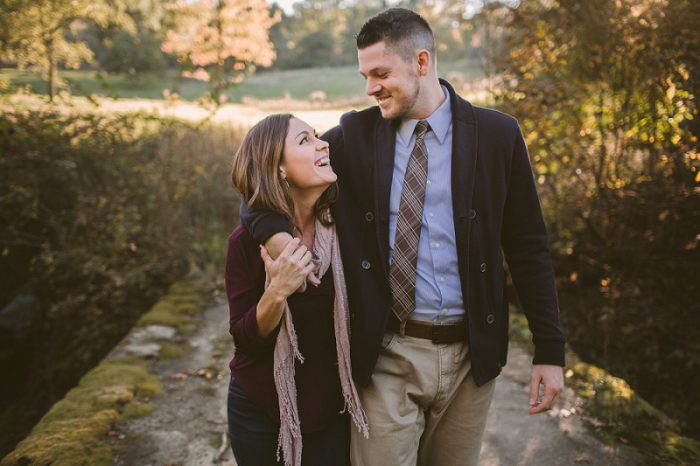 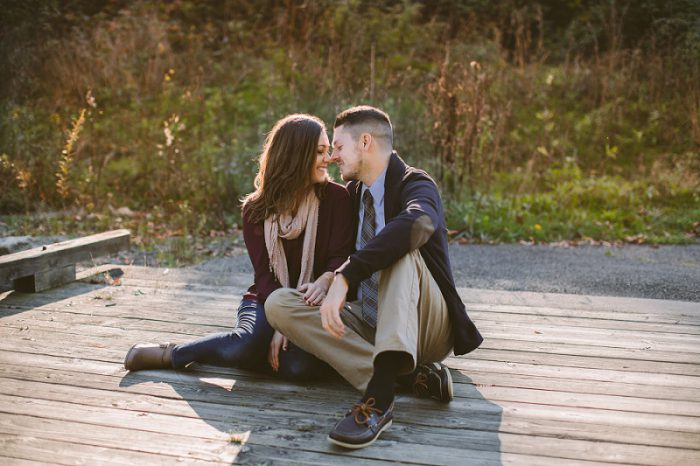 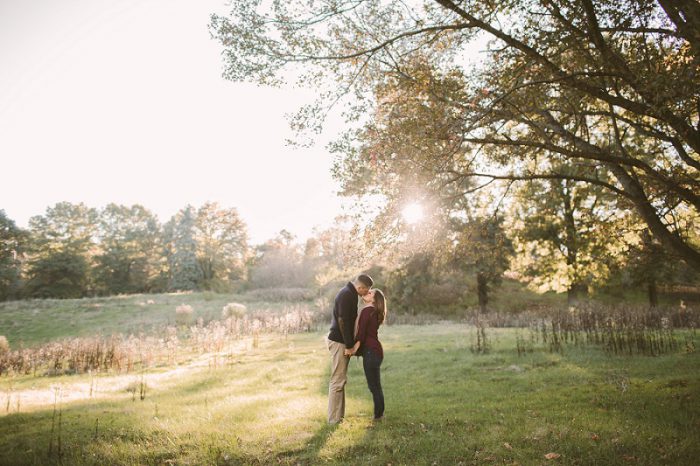 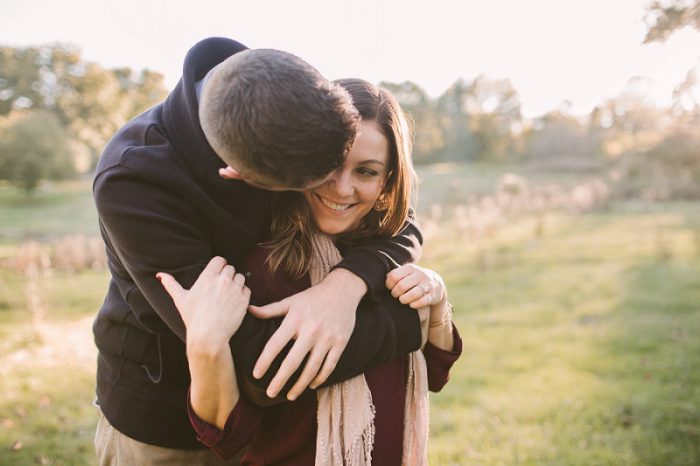 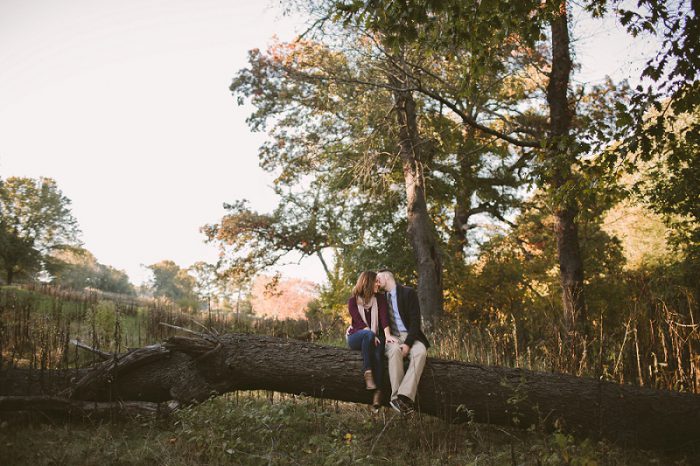 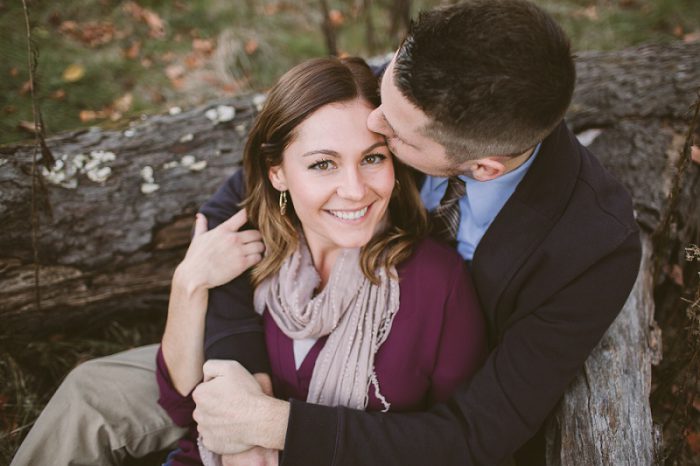 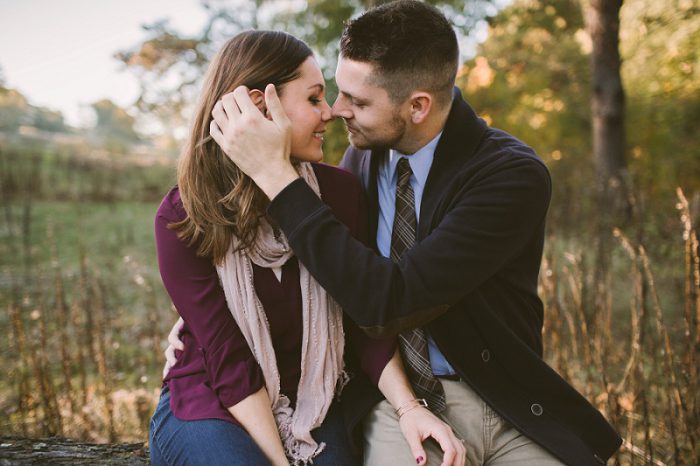 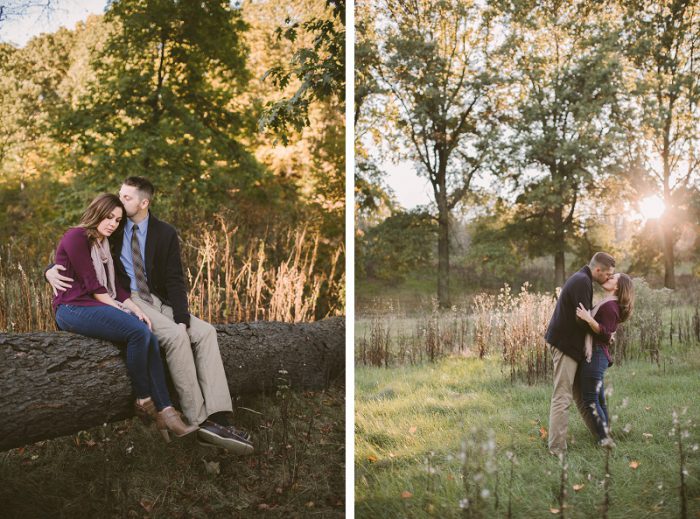 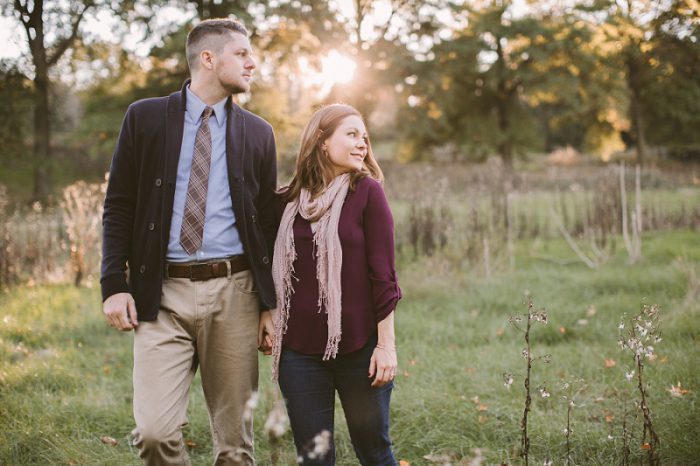 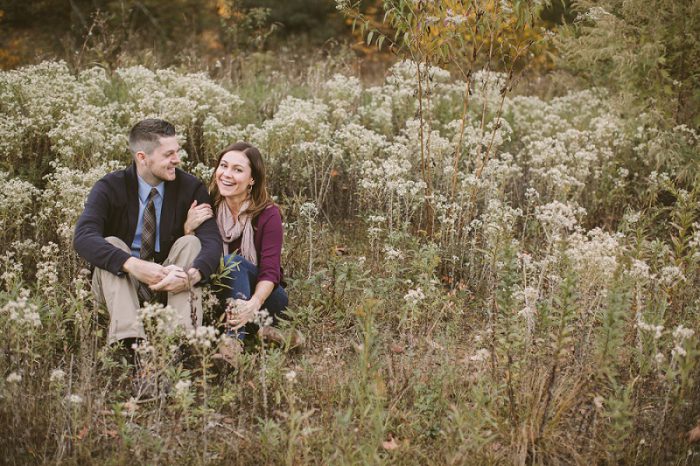 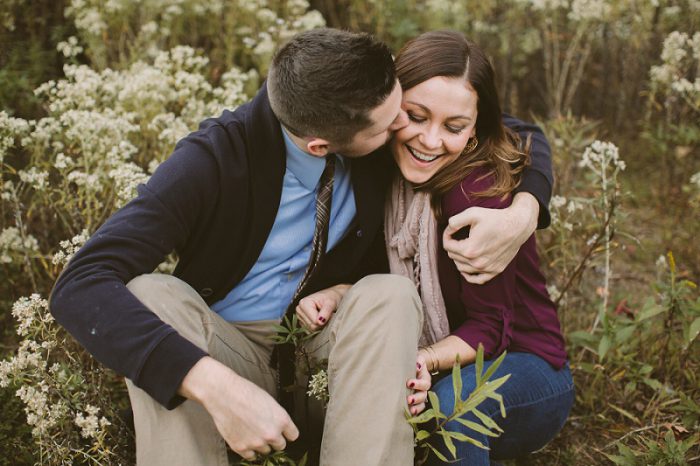 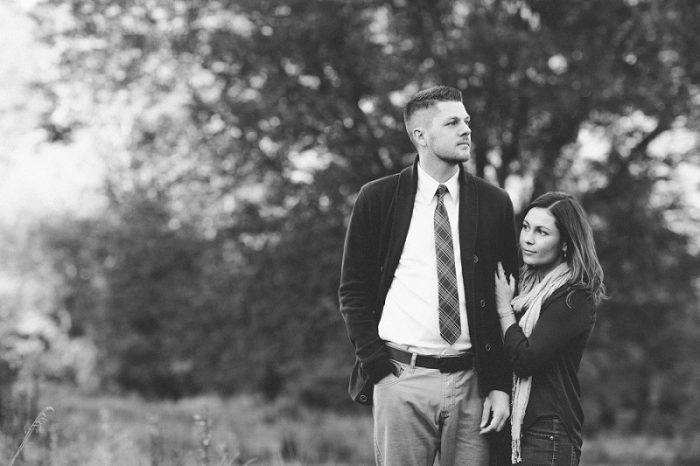 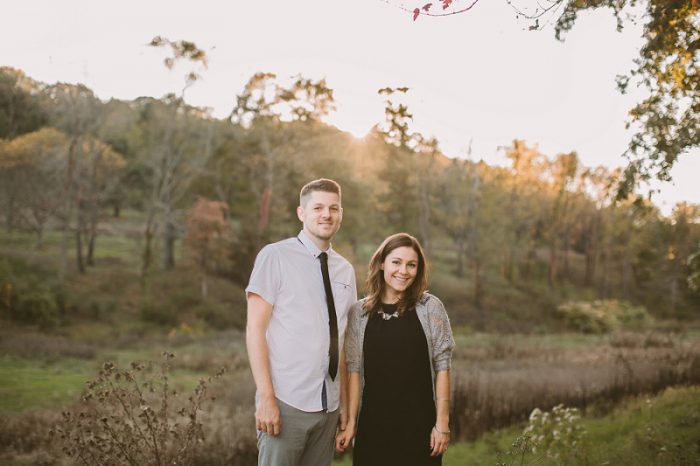 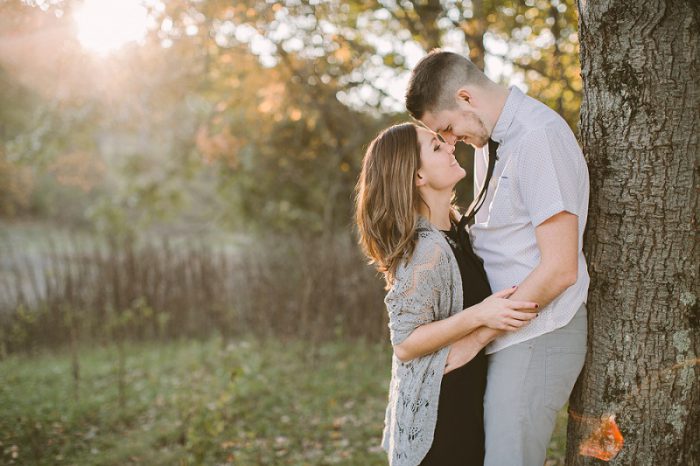 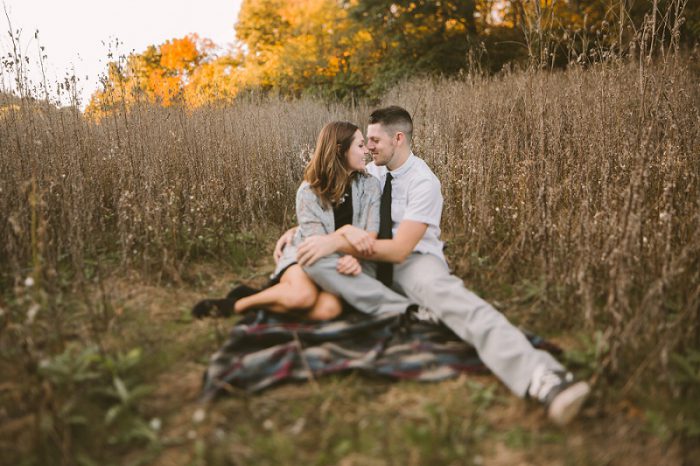 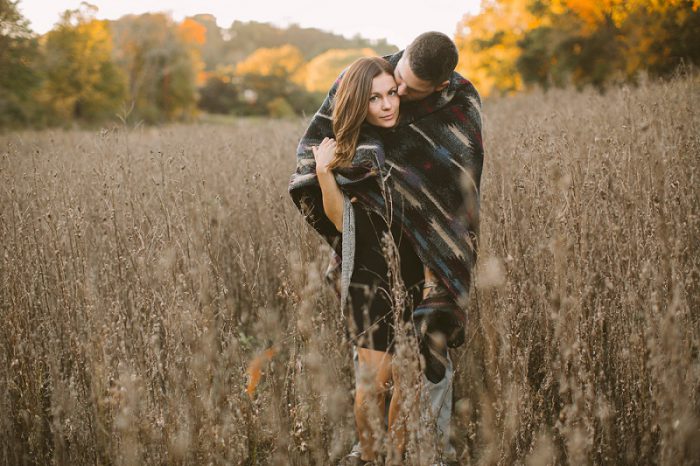 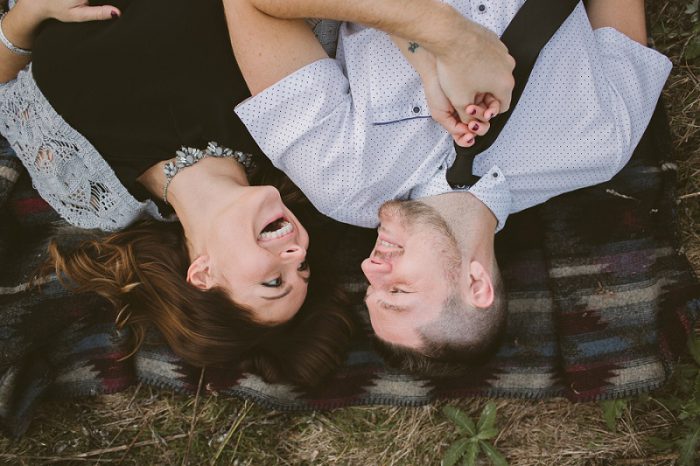 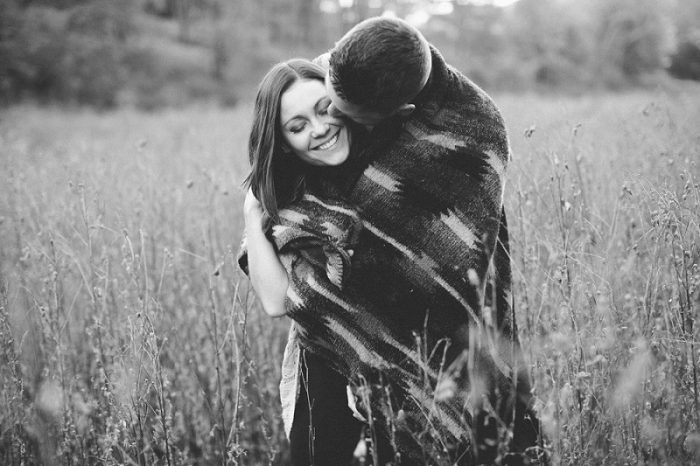 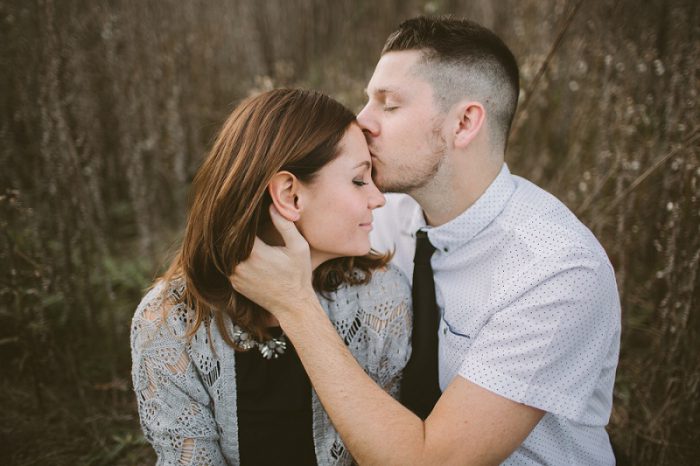 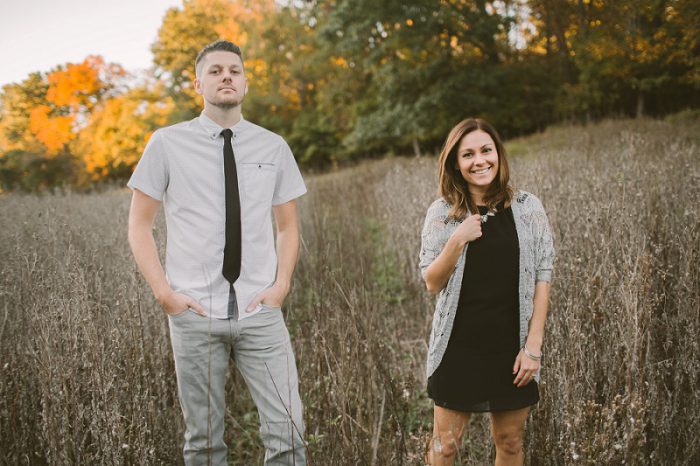 When and how did you two meet?
The story begins back in 2009 where a guy named Alan went to Robert Morris and a girl named Lauren went to Penn State.  Alan played volleyball and met Ross, a curly haired freshmen who didn’t know at the time that he would be the best man in Alan’s future wedding to the girl of his dreams.  Months, semesters, and years went by and the boys eventually became college roommates.  Meanwhile, Lauren spent her time in Happy Valley making new friends, attending football games, and majoring in Psychology and Elementary Education.  Years later, Alan and Lauren graduated college.  Alan began teaching at East Allegheny and Lauren enrolled at the University of Pittsburgh for her Master’s.  One casual meeting in September 2010 at the Rib Fest in Pittsburgh, and life changed for these two kids.  Ross introduced Alan to one of his former high school classmates; her name was Lauren.

After that brief meeting in September 2010, we struck up a friendship.  We would communicate via texting and Facebook messaging, exchanging thoughts about music, TV shows, teaching, and life.  Our friendship was solid.  One day out of the blue, Alan sent me a random text expressing interest in becoming more than just the friends that we were.  Little did he know, that text would forever change his life.  I responded, saying I thought of Alan often, and obviously the feelings were mutual.  Shortly after the intriguing , butterflies-in-the-stomach-inducing texts, we finally met for a drink at Rock Bottom in the Waterfront.  We talked and laughed all night and eventually had to be kicked out by the staff who wanted to go home.  I even sent a selfie to my mom of the two us together; she had always been a big supporter of us becoming a couple.  I mean, WHAT is cuter than two elementary school teachers falling in love?  The timing was finally right!

Juicy details on the proposal, please!  Where, when, how?
December 13th, 2014.  We signed up for a bus trip to New York City through our employer (since then, we had moved to Virginia together, to teach first and second grade in the same school district).  We woke up early in the morning, bundled up in our warm winter coats, and boarded the crowded bus.  Little did we know, I would not do well with the long trip on a motion filled bus.  I puked in the bathroom.  I puked at the Delaware rest stop.  I puked in the bathroom of a Starbucks upon arrival in NYC.  The trip was clearly off to a great start.  We enjoyed a delicious lunch, and then decided to go ice skating at Bryant Park.  After a few laps around the rink, Alan felt the time was right.  He asked a random stranger to take a photo of us.  At that moment, he got down on one knee to “fix his skate”.  I, yelling at him to get up because I worried the stranger might run away with his phone, was shocked by the question he asked and the ring he pulled out of his coat pocket.  “Lauren, will you marry me?”, he asked from the ice.  I said yes, and the crowd cheered!

Describe the engagement session.
We are both elementary school teachers.  We are very laid back, go with the flow type of people, so we wanted our engagement session to reflect our fun loving personalities.  Dancing on tree stumps, running through the open fields, and exchanging kisses against a tree were just some of the moments experienced that autumn day.  Alan constantly makes me laugh and smile, which is evident in each intimate picture.  I love the fall season – the crisp, cool air, and gorgeous colors all around.  We chose to coordinate our outfits with the season.  We could not have asked for a better day – blue skies, colorful trees, and a sunset full of oranges and reds that took our breath away. 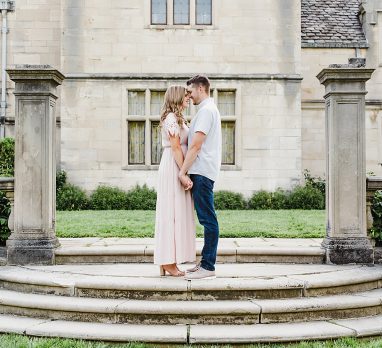 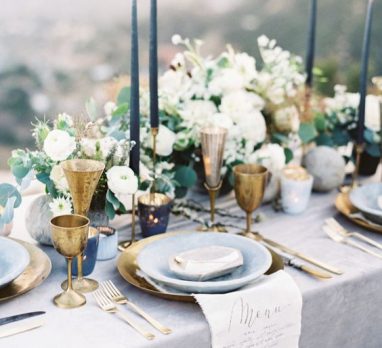 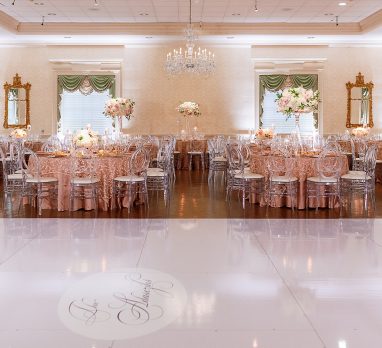