Your heart just might explode from all of the cuteness of this dog friendly engagement session. When we found out that Shannon and Ryan featured shelter dogs in their shoot with Pittsburgh wedding photographer Dawn Derbyshire, we cried all the tears. These self-proclaimed animal lovers wanted to bring awareness to pet adoption and to try and find forever homes for their pals Loki, Panda, and Tina. Not only did the dogs from Humane Animal Rescue league steal the show, but this photo shoot was able to shed light on the great work the local organization is doing. While you enjoy the wet noses, cute paws, and tail wags of these images, we’re going to be over here donating every dollar we own to the Humane Animal Rescue League and thinking about how Shannon and Ryan are just the BEST.PEOPLE.EVER. 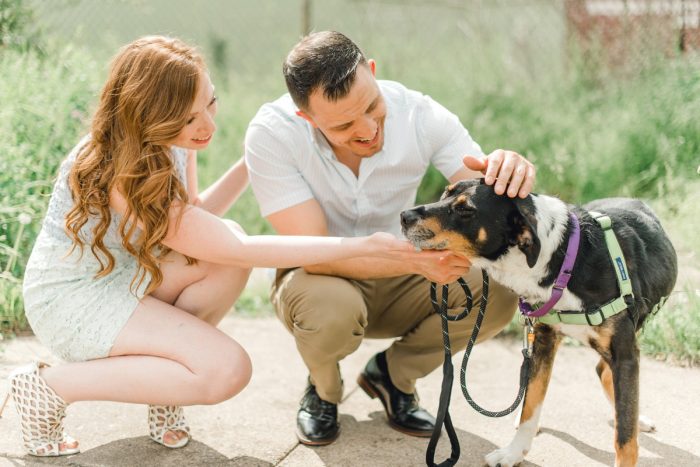 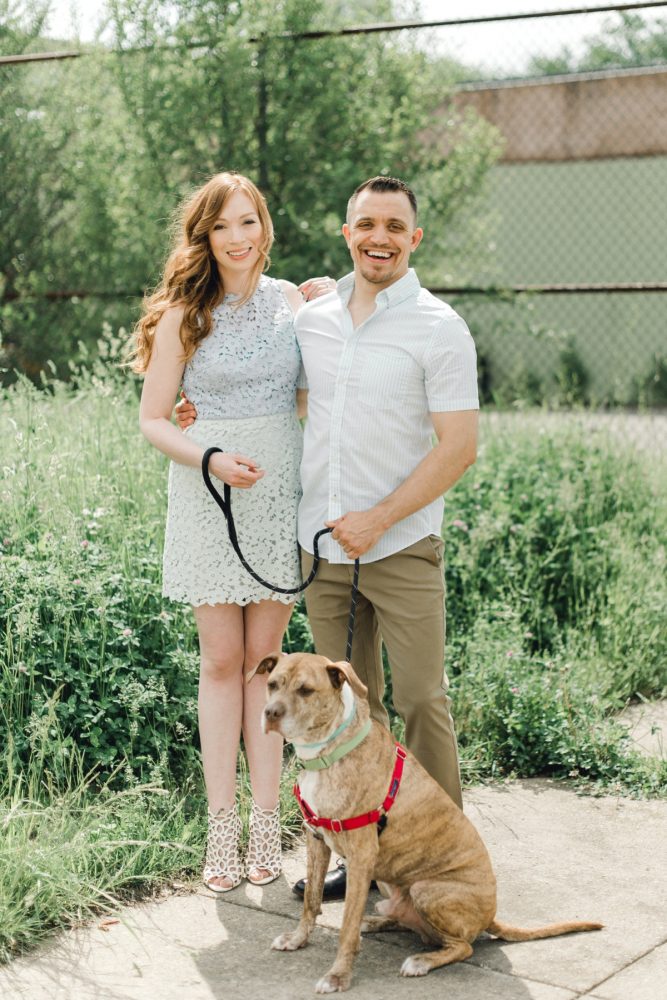 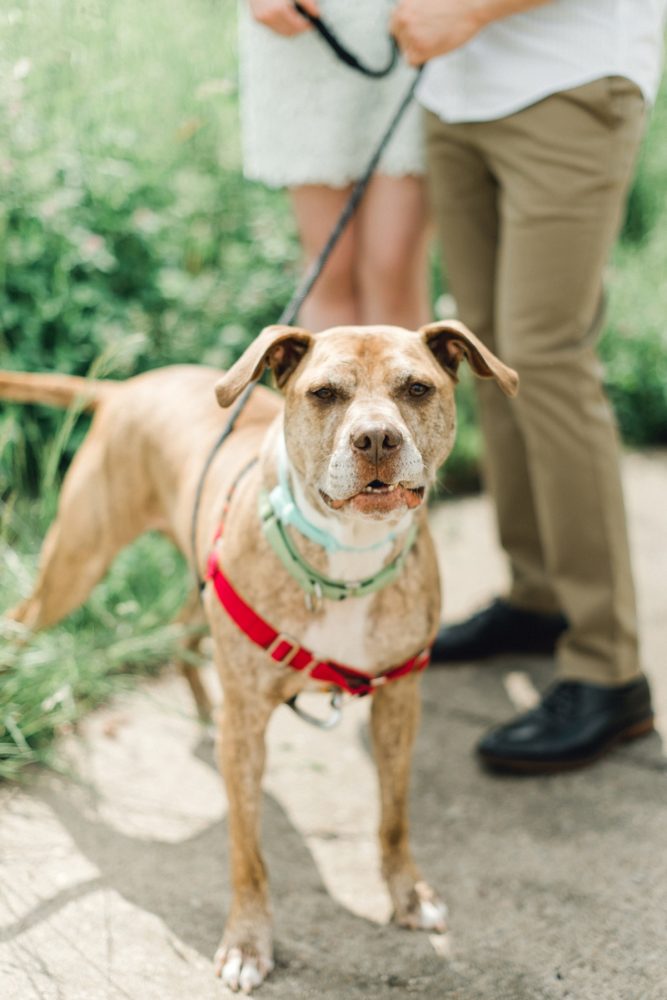 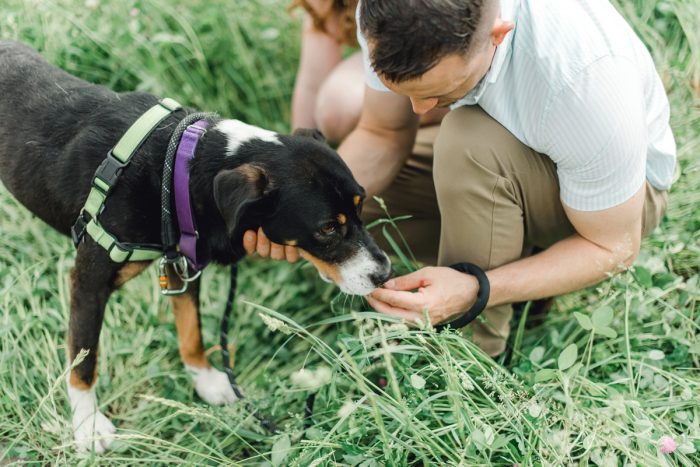 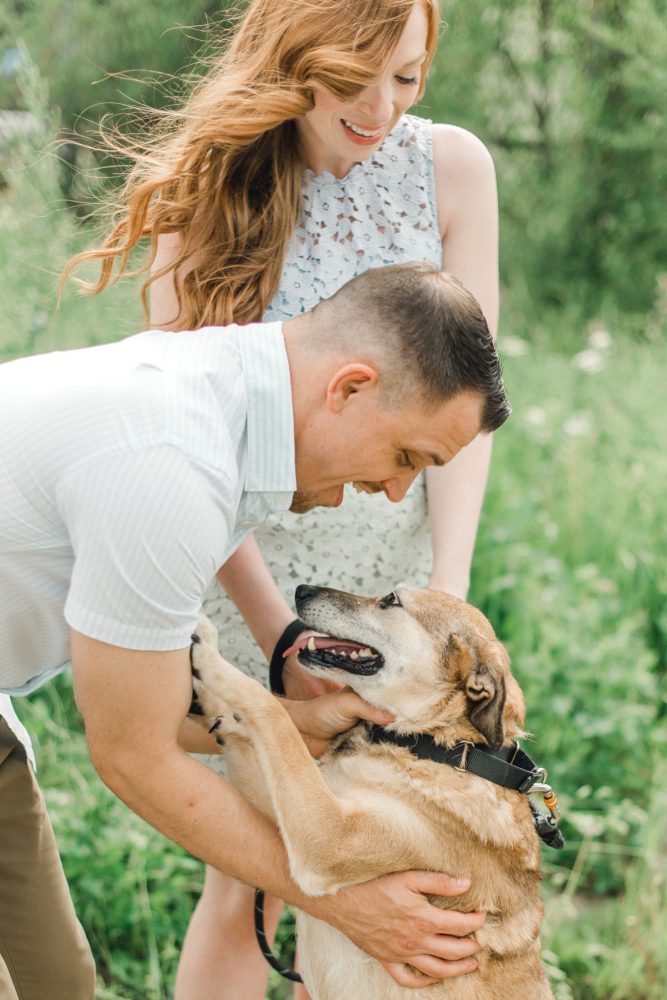 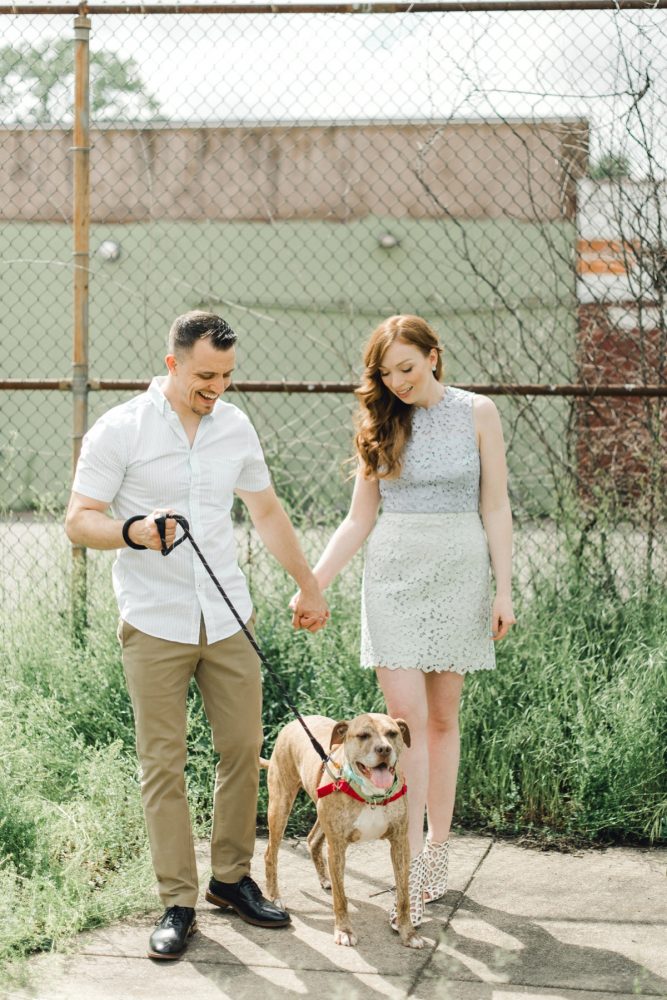 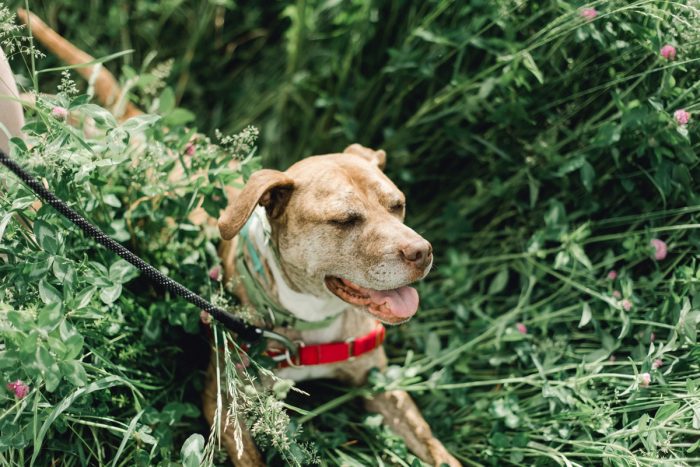 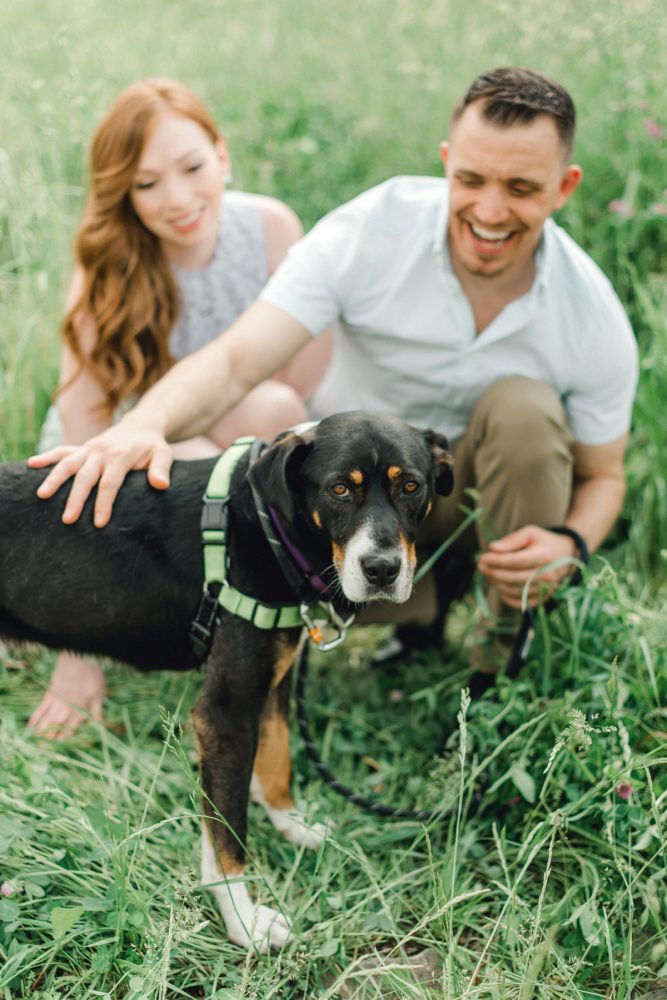 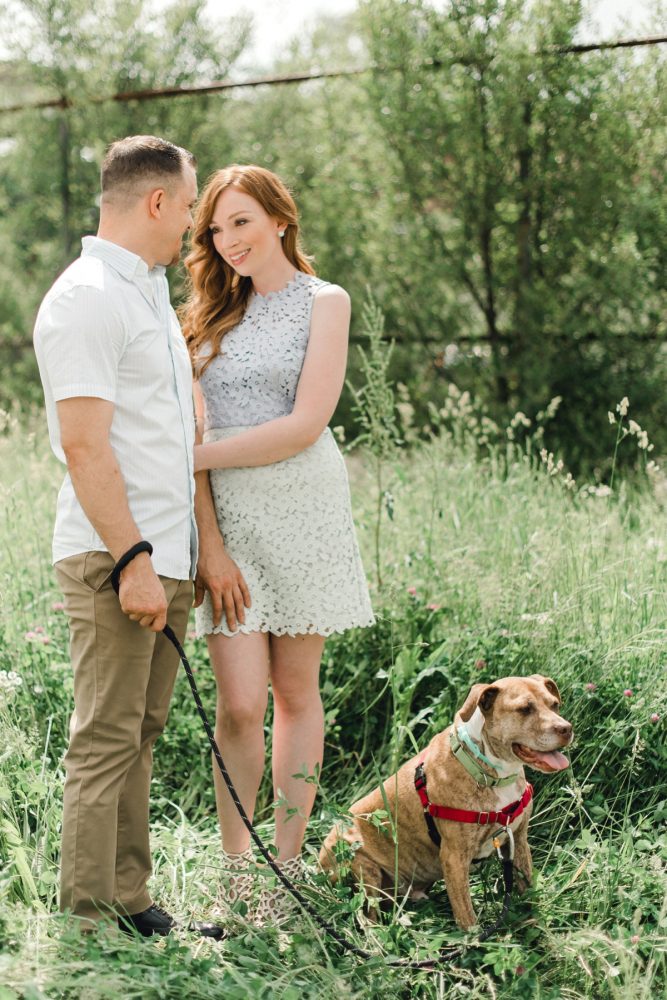 Ryan and I have a mutual friend, but somehow Ryan and I had never met. When I met our mutual friend one night, he told me his friend “Walker” would be joining us, which I was kind of bummed about because I didn’t want to share my friend that night! Well, Ryan met up with us and it was an instant attraction. Ryan and I basically made fun of each other all night (my preferred method of flirting) and really hit it off. There was a problem though – I was moving to Baltimore in six weeks for a job I had already accepted! So, we left that night without exchanging information but I couldn’t stop thinking about this fantastic guy I met. Despite knowing things probably wouldn’t work out, I asked him out on a date via Facebook Messenger. We went out, had the most amazing first kiss, and planned a second date. That night I truly fell in love with him, and told three of my closest friends about it the next morning through tears, thinking there was no way this guy would be willing to try long distance so early into a relationship. Around the second or third date, I broached the issue. And he said, without hesitation, “I’ll move.” So he did. And the rest is history! I hated that job I moved for, by the way, and we came back to the ‘Burgh a year later. Truly, when you know, you know. 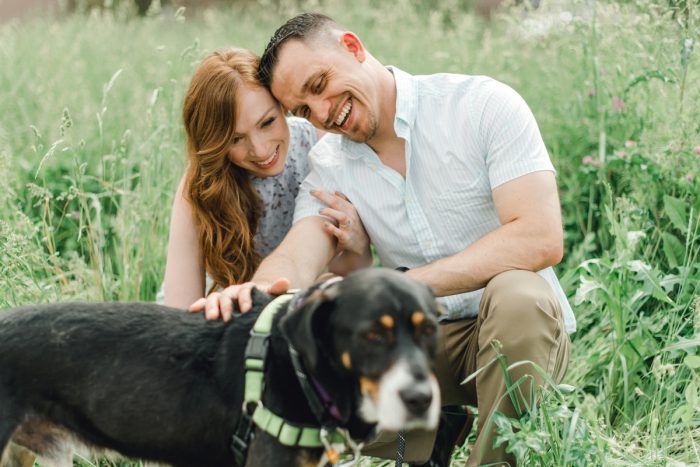 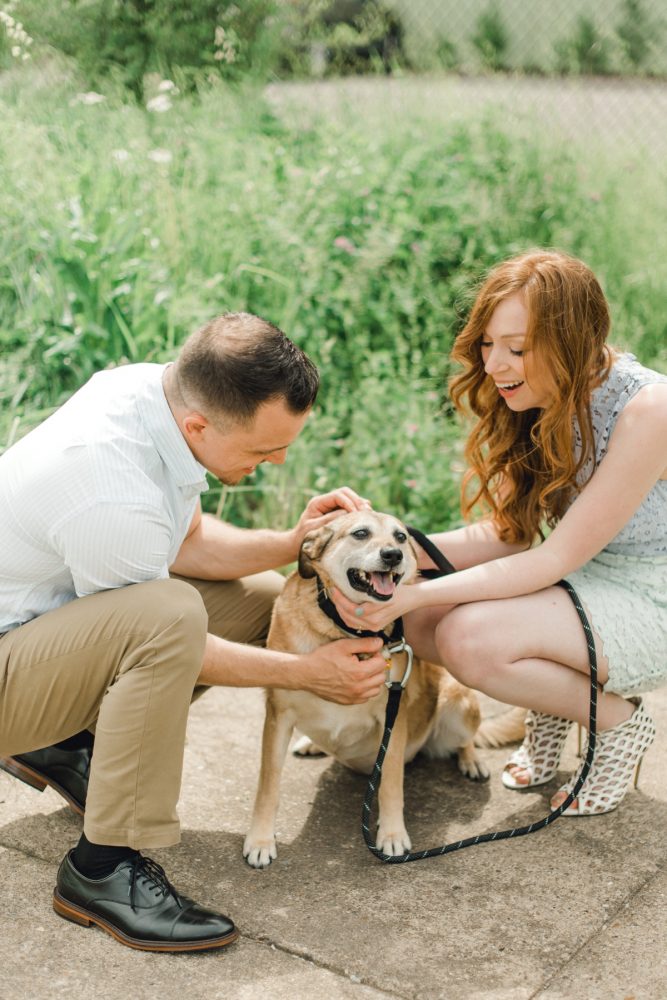 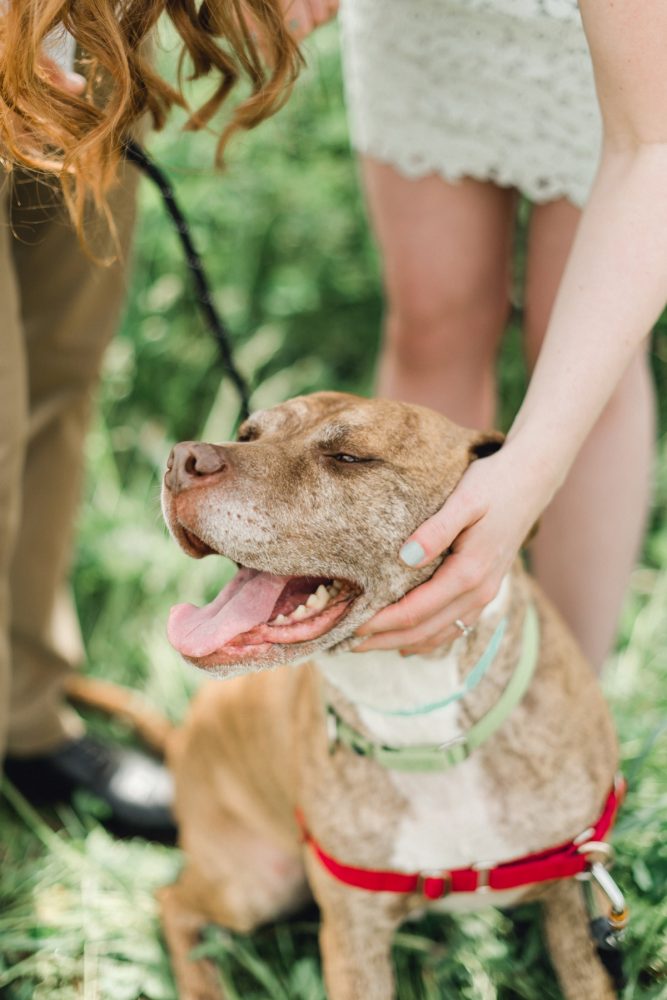 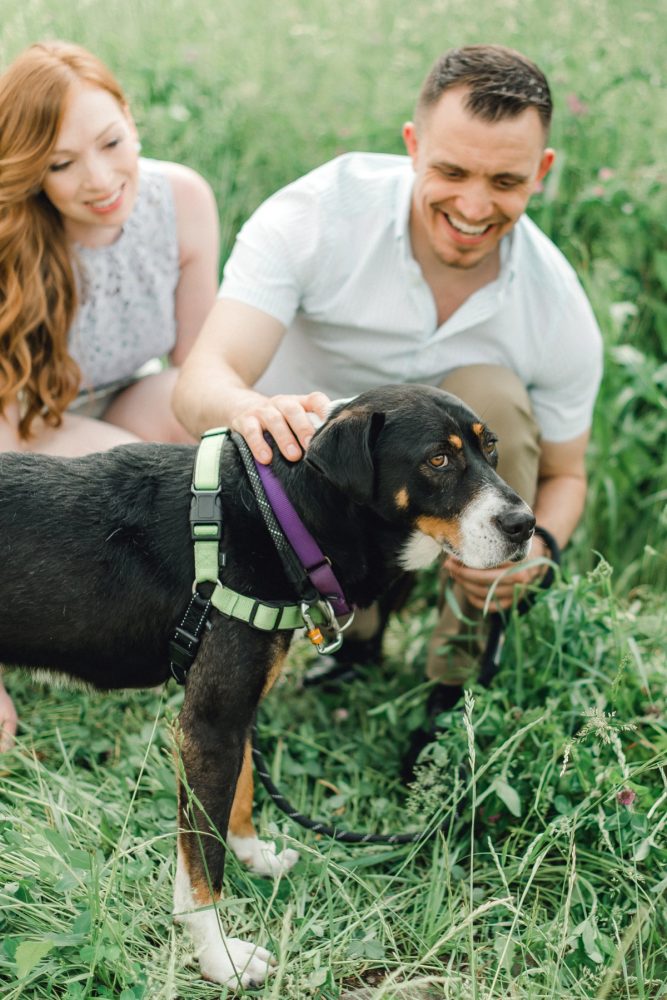 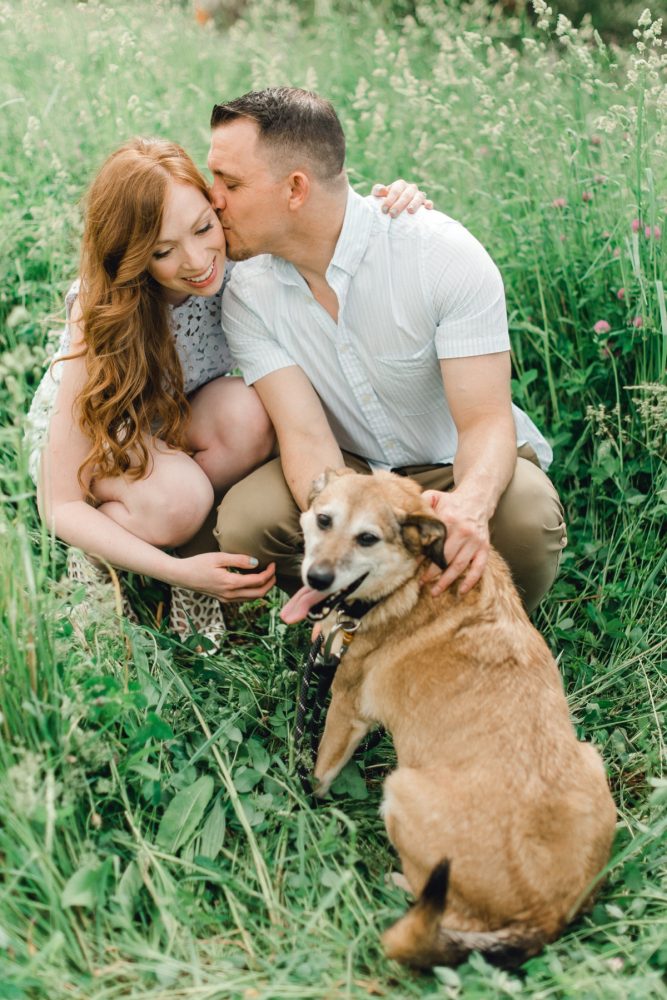 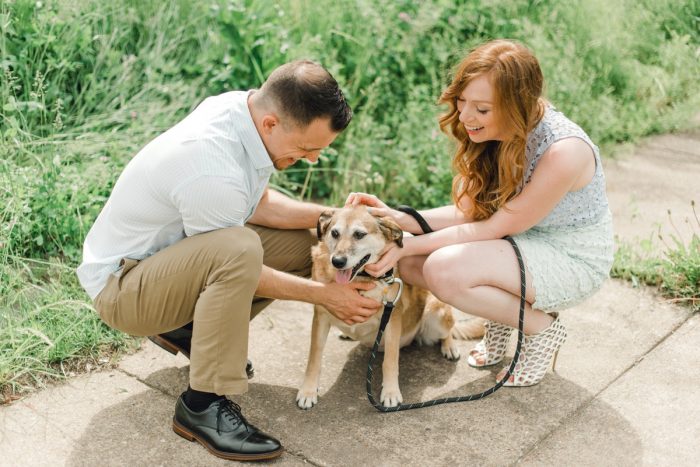 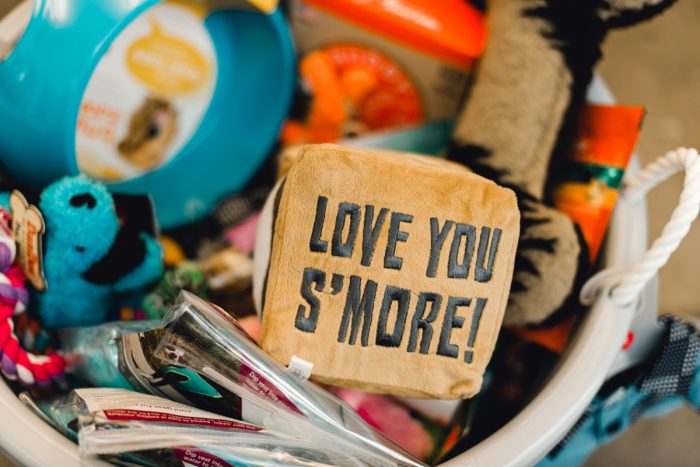 Ryan and I love animals. We wanted our session to be about more than just us, so we partnered with Humane Animal Rescue to feature adoptable dogs in our photos to try and get them forever homes. We also wanted to bring awareness to adoption and the great need for it in general. We featured the oldest or longest tenured pups in the shelter: Loki, Panda, and Tina. Lee Ann from AtHome Beauty did my hair and makeup that day and surprised us with a huge tub of donations she had collected for the shelter. It was a magical day. 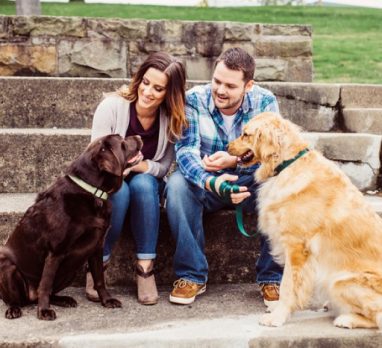 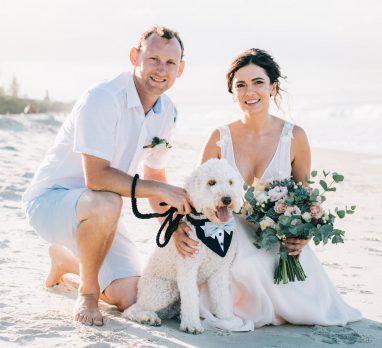 Wedding Accessories for Pets That Are Paws-itively Cute 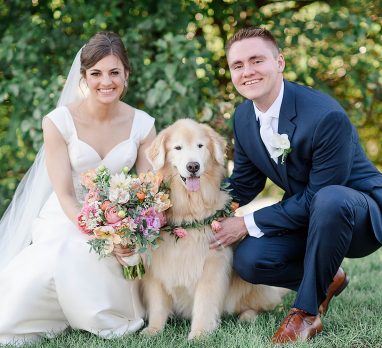