Pittsburgh, pizza, and the cutest pup all came together to fill Molly and Matt’s Hotel Monaco engagement session with tons of personality. The two strolled through the city with their fur baby before posing in their fancy attire throughout various parts of the chic hotel. Molly’s red dress looked stunning against the eclectic style and trendy details! And while these images left their mark, it was Molly and Matt looking comfortable in their PJs while eating some pizza that captivated us. It really doesn’t get much better than that, folks! There’s so much fun to be had in these photos captured by The Oberports that it goes without saying that this session is sure to steal a piz-za your heart! 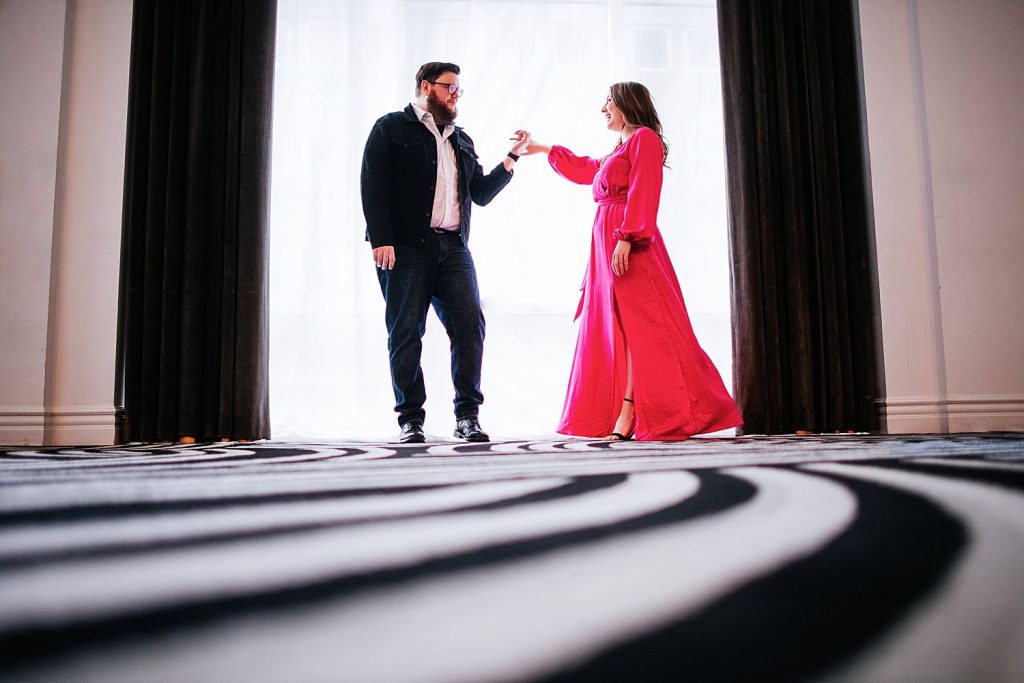 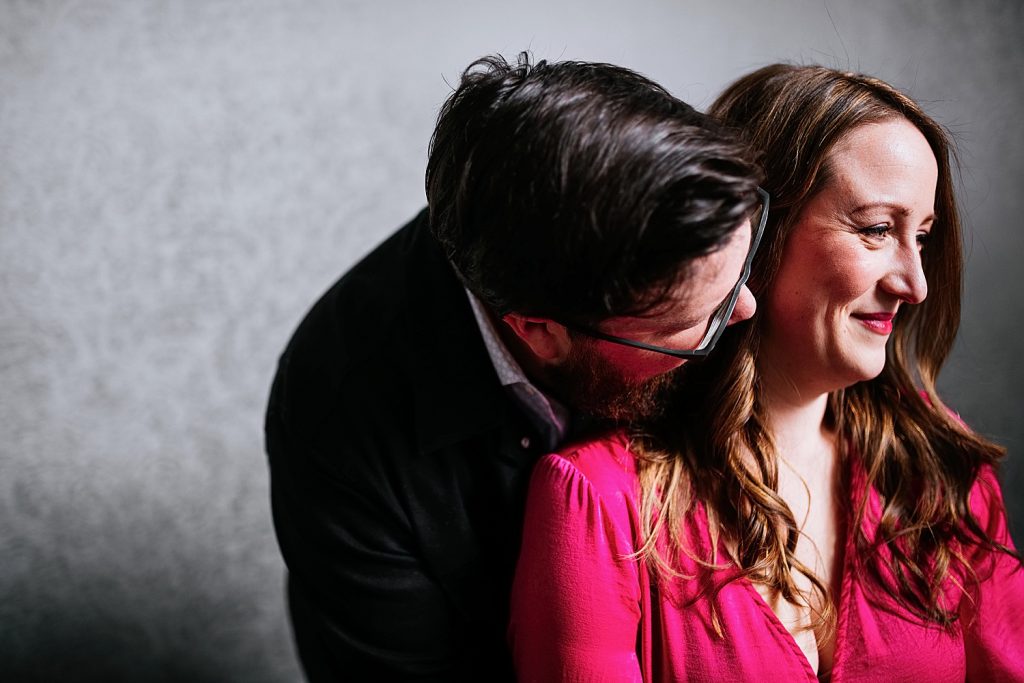 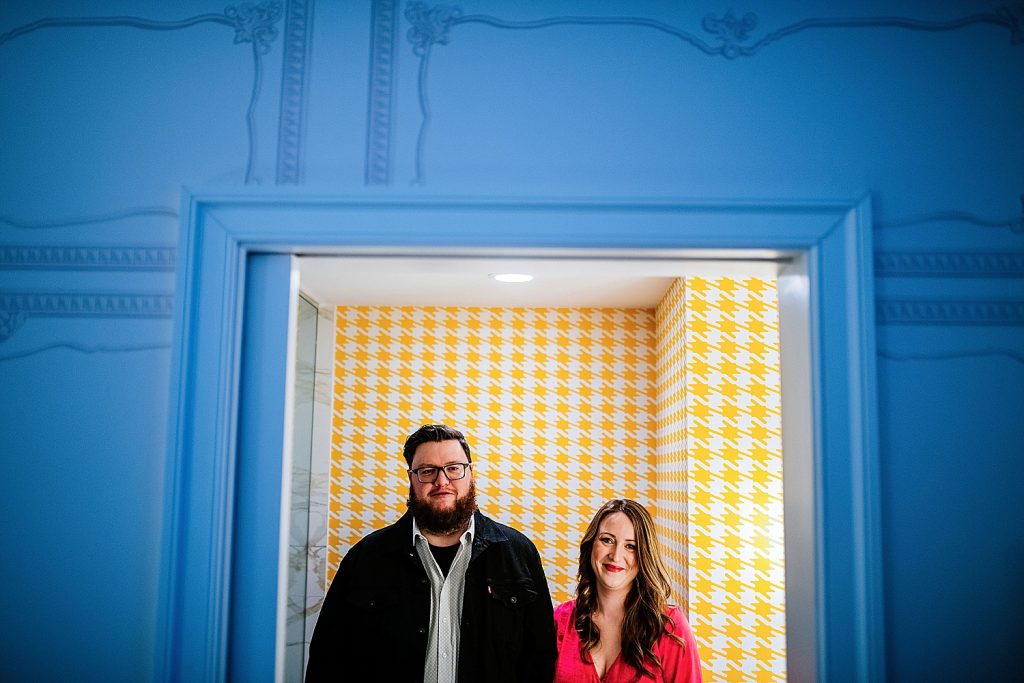 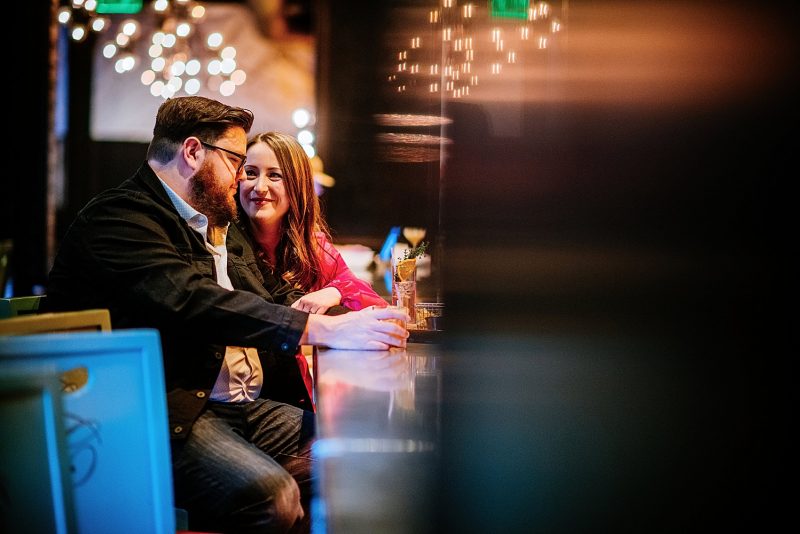 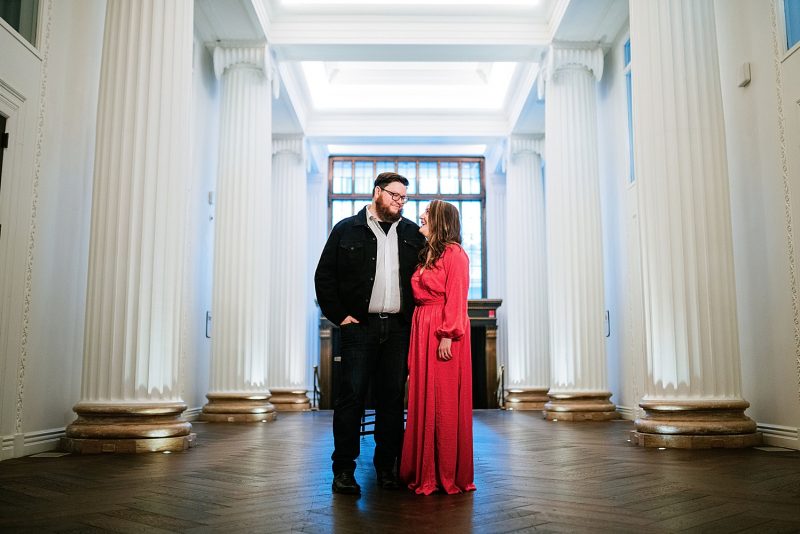 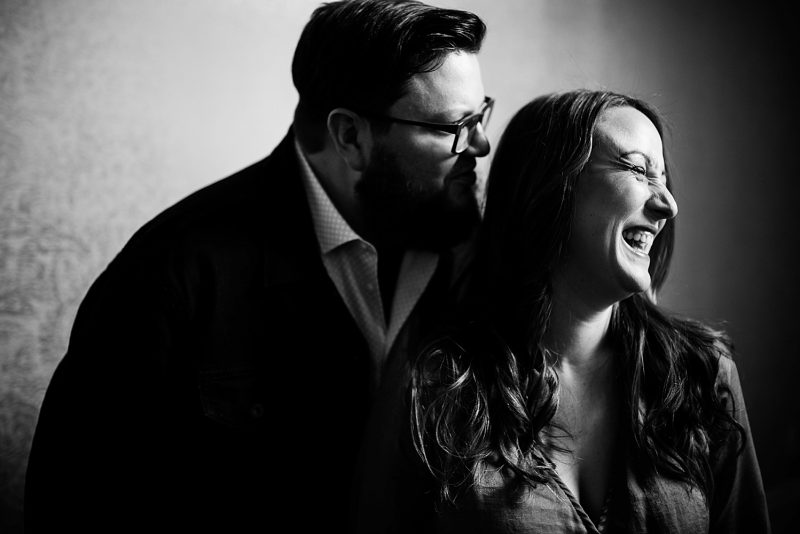 Once upon a time, a boy named Matt saw a girl walking her dog outside of the apartment building they both lived in at West Virginia University. At that time, he thought to himself, “She’s cute and has a dog. That’s the kind of girl I need to date.”

It didn’t happen immediately, but fate brought the two of them together a couple of short years later. Their first date was at Varsity Club in Morgantown. A few short weeks into seeing each other regularly – nearly daily – Molly showed Matt an advertisement to a jewelry manufacturer who didn’t make standard jewelry. Their stuff was handmade, it was ethically sourced and it was all unique. He looked it up on his phone, knew he would need it someday, and bookmarked it for the future.

That first fall together, Molly decided to take Matt to Snowshoe for a birthday weekend trip. For three years, they tried to go back. But, every year, there were events in the way that couldn’t be missed. In 2018, without a sporting event in the way, they made plans to go back for the first time.

Then, Matt grabbed Molly as the person in the hammock got out of it. He told her how he’d only had an idea of love before she showed him what it meant and that he’d never be the same person without her. Then, he took the ring out of hiding, the Snowshoe photographer he’d arranged to be in the hammocks took pictures, and Matt shook as he asked Molly to marry him.

She said yes and they hammocked some more. 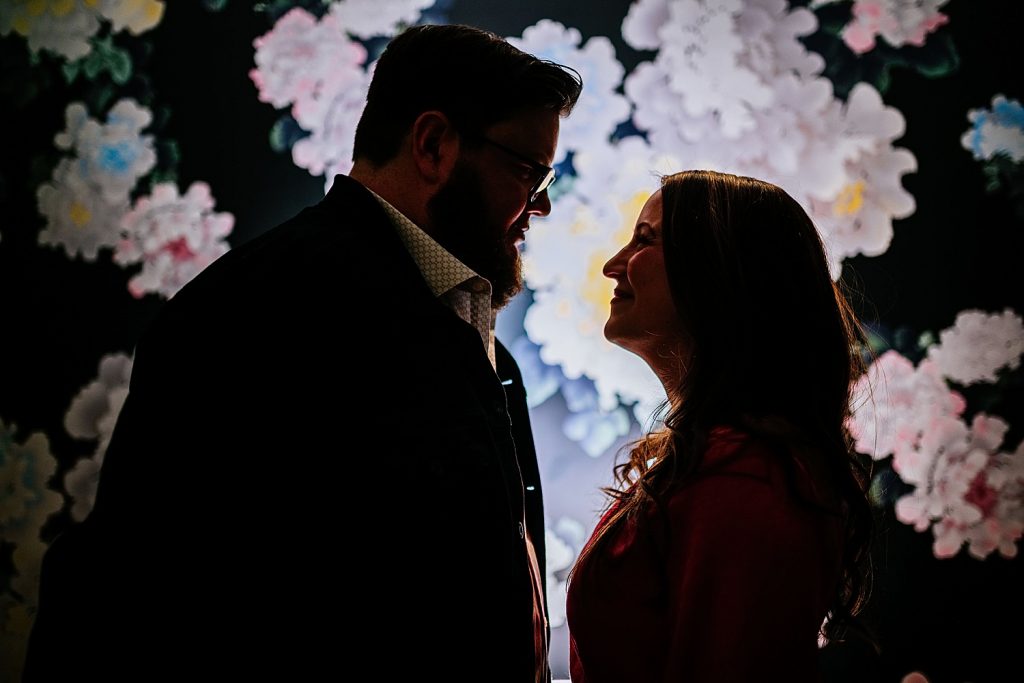 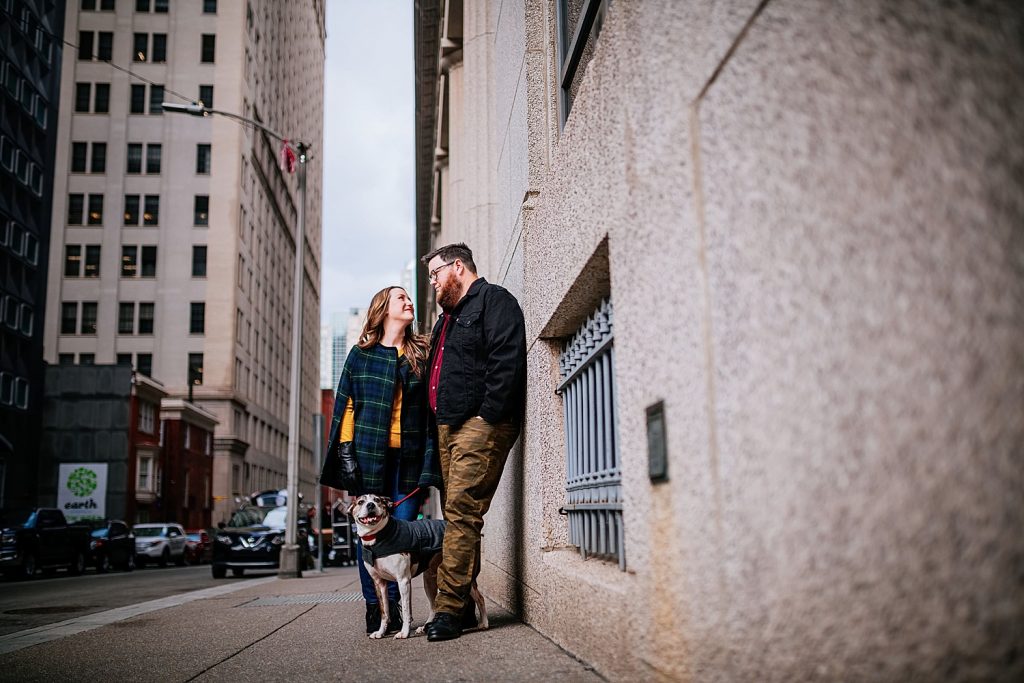 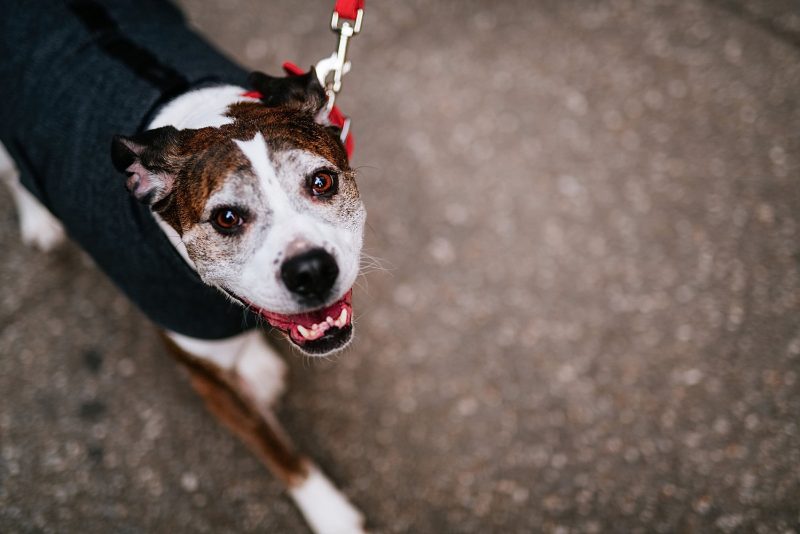 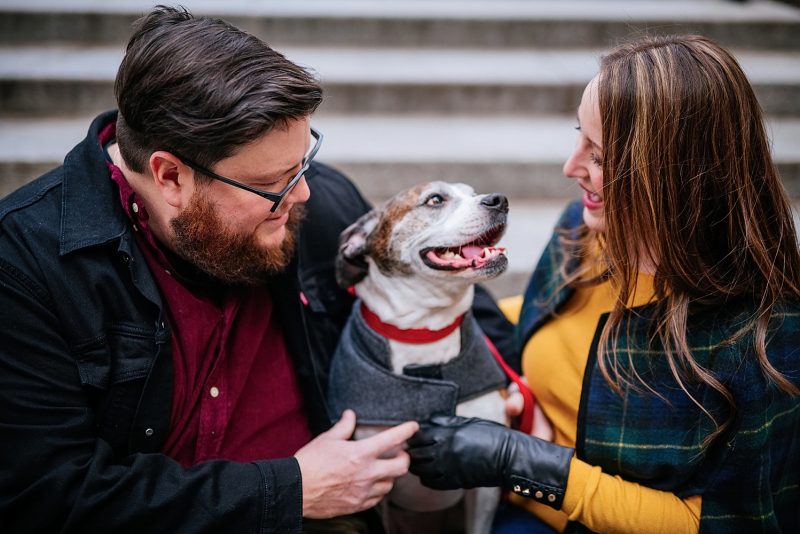 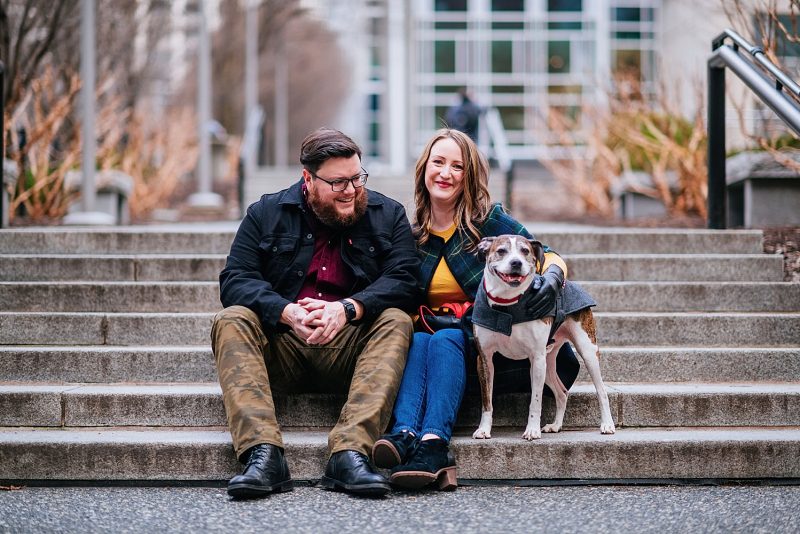 For Molly and Matt, it was important to have bold colors, true blacks, and to highlight their personalities, mostly with pizza. Molly and Matt needed photographers who could find the “good light” and meet Matt’s high photo expectations (Matt is also a photographer!). In The Oberports, they found just that! Emily and Bobby were not only supportive but excited when Molly and Matt suggested photos sitting in bed eating pizza with their dog, Woofgang. For Matt and Molly, it was important that their engagement photos showed their personalities. This meant hanging out downtown with Woofgang, drinks, french fries, and pizza. 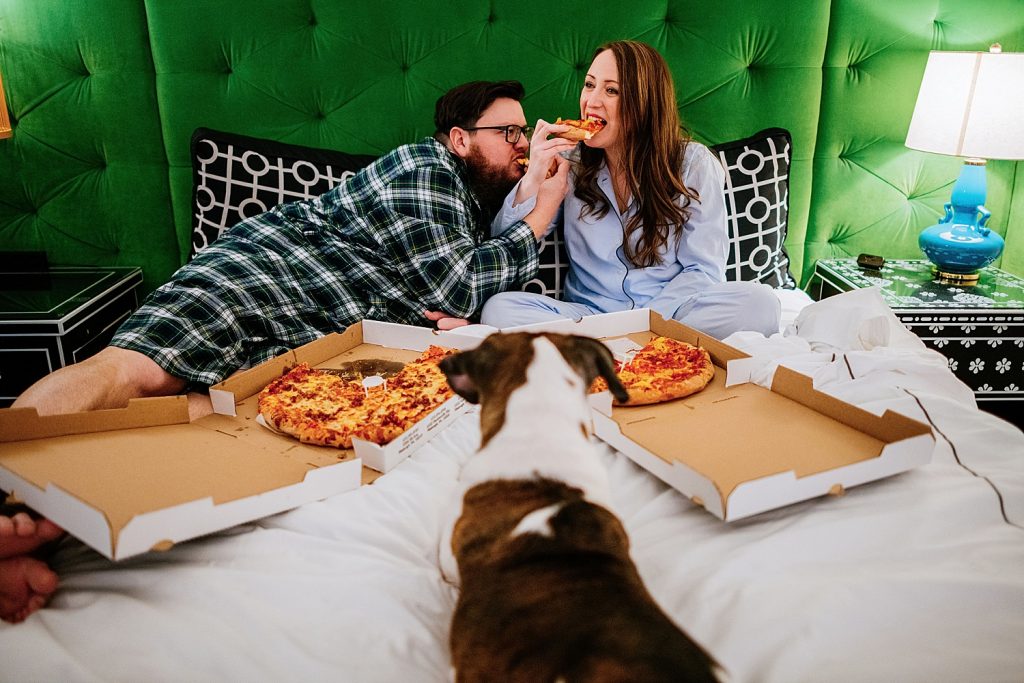 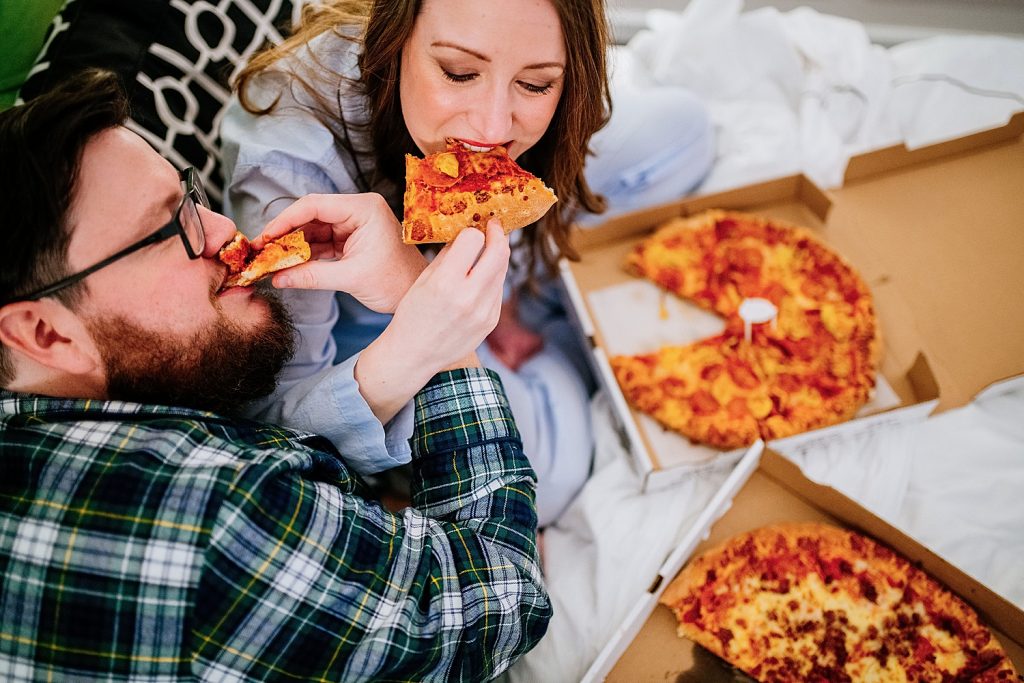 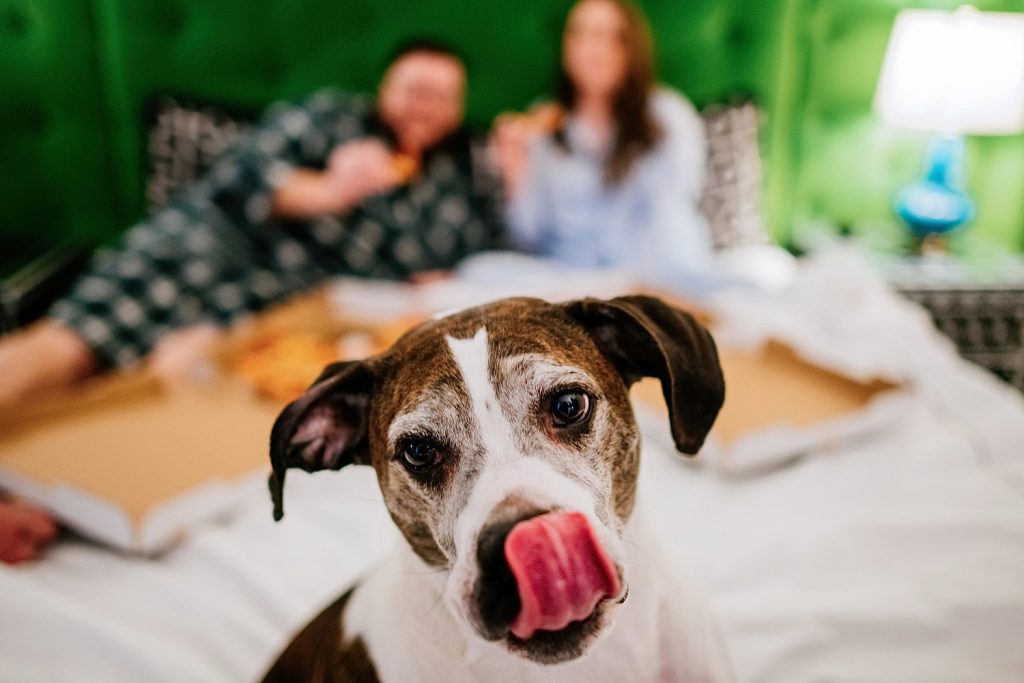 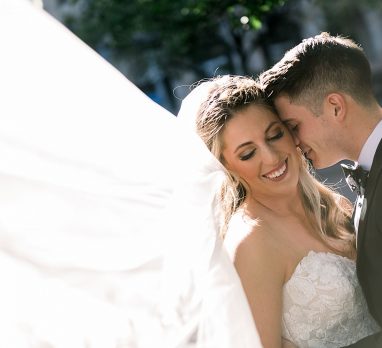 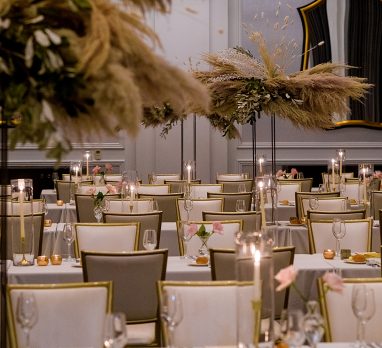 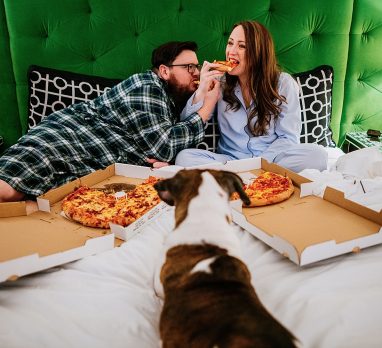