With stops at TRYP Hotel, the Strip District, the Smithfield Street Bridge, and the couple’s decorative Lawrenceville home, this funky engagement session will take you all over Pittsburgh. But each setting has one thing in common – they are all colorful and bold! There was no one better to capture a couple as stylish and effortlessly cool as Jake and Jordan than Wild Native Photography. The pair put their trust in Alexa, giving her creative freedom to do what she does best – which is to make magic with light and notable surroundings. The results are hip, unique, and artistic. Scroll on to see if any of your favorite city hot spots make an appearance! 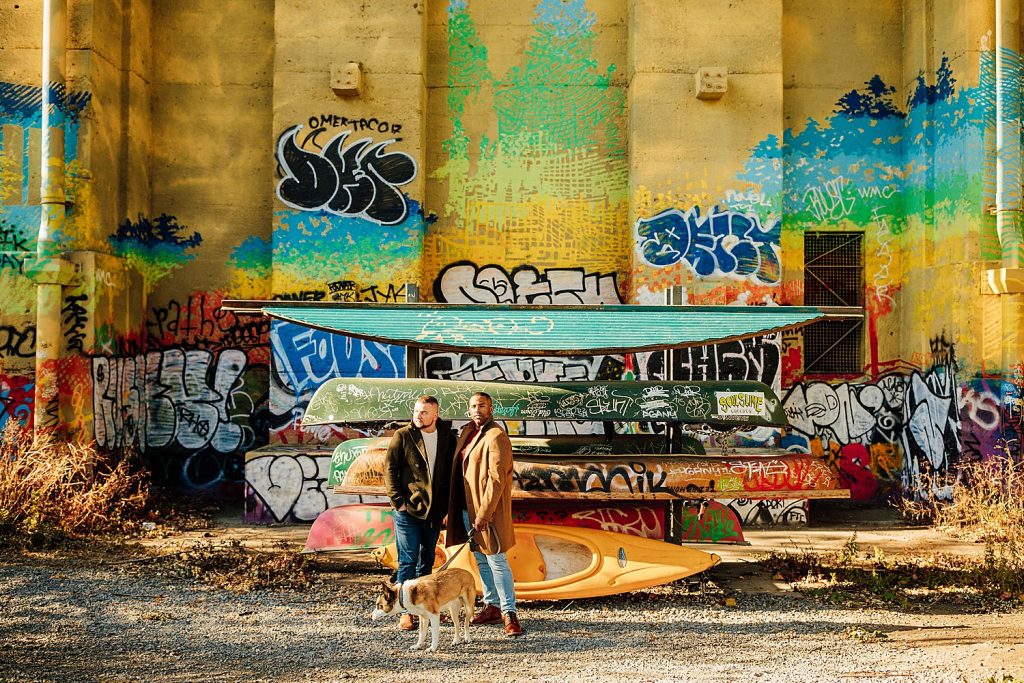 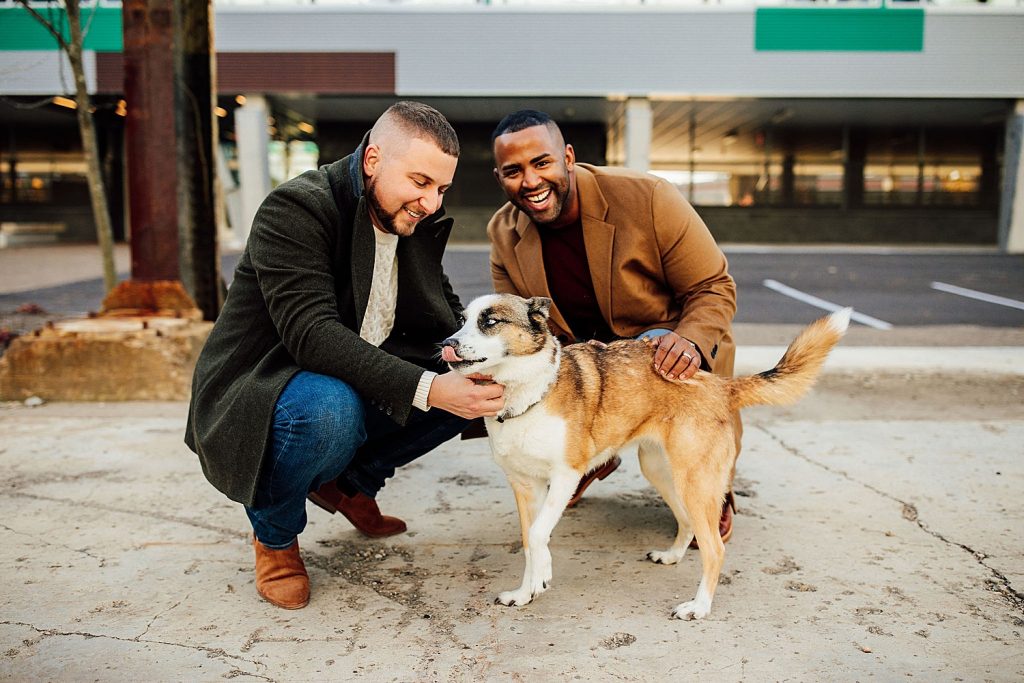 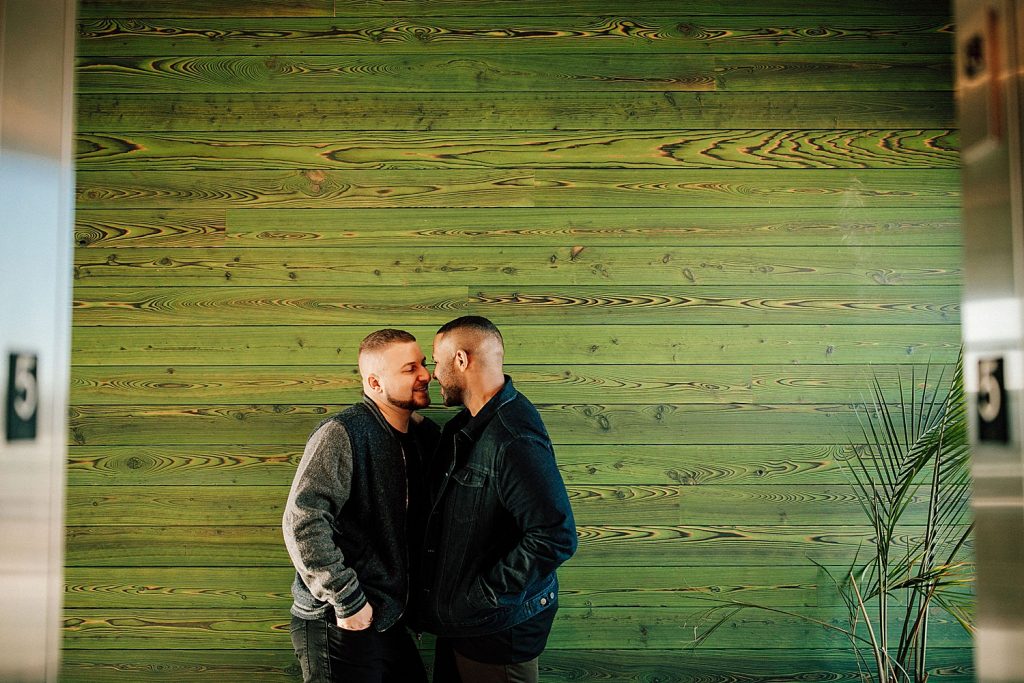 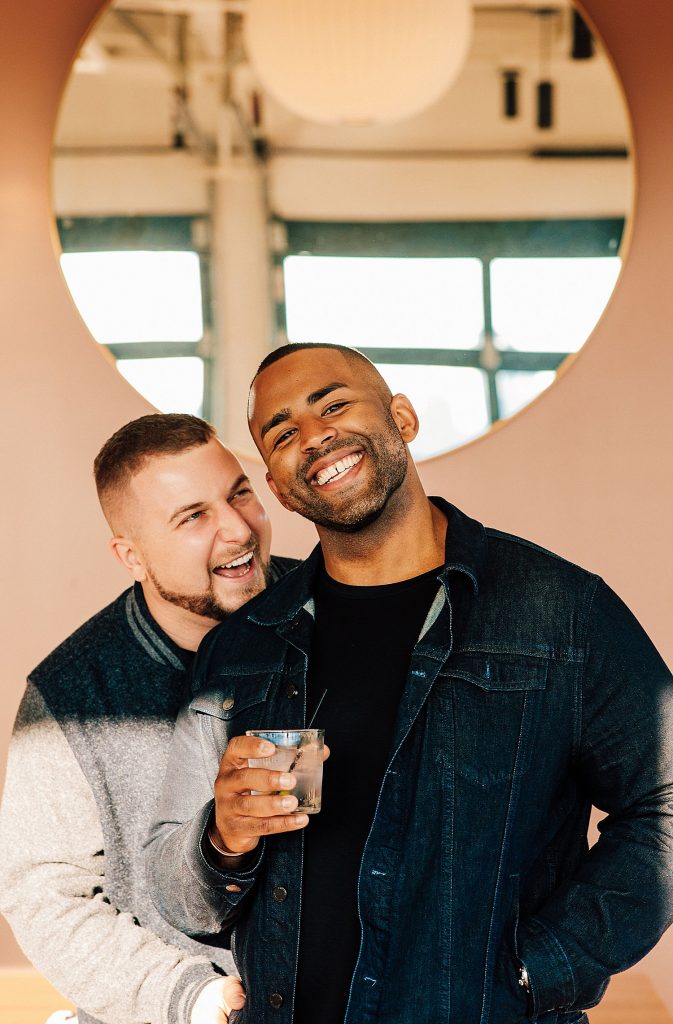 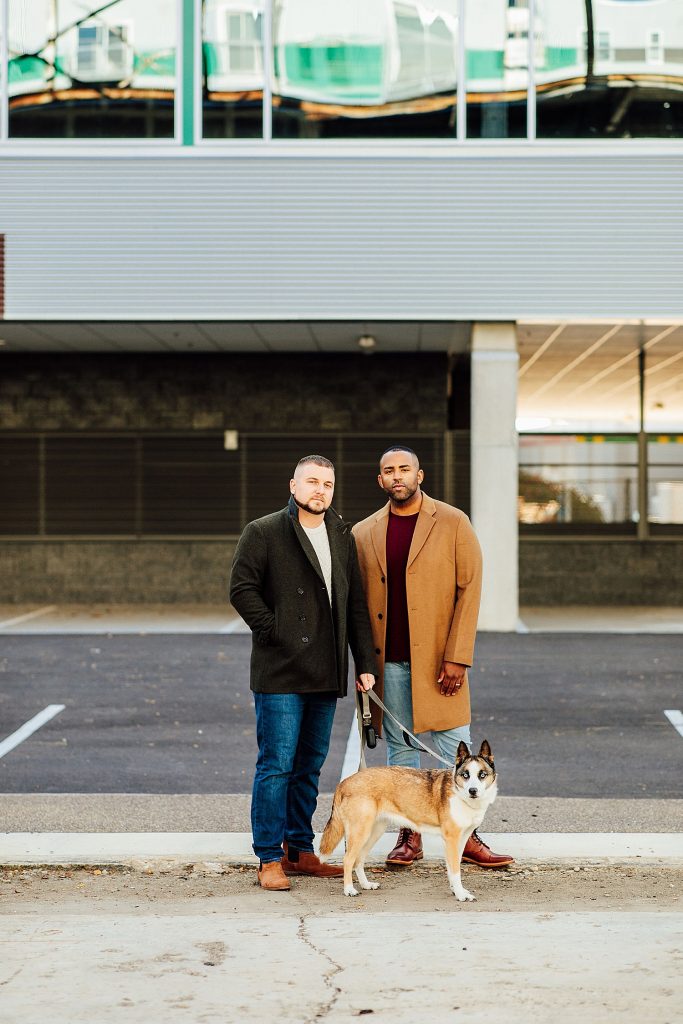 We swept right and the rest is history. We matched on Tinder during Jordan’s first visit to NYC, a year post college. Without ever meeting in person that weekend, we texted, chatted on the phone, and Skyped (yes, this was pre-FaceTime) for four months. Jake worked up the courage to fly to Orlando for the weekend, where Jordan was living at the time. That began what turned into an amazing year. We traveled back and forth between NYC and Orlando, and had fun getaways to places like Austin, Charlotte, Chicago, and Italy during Jake’s master’s program.

After doing the long distance thing for a year, Jordan moved to NYC to kickstart his tech career. But let’s be honest, Jordan moved for Jake. No, they didn’t move in together. Yes, Jordan pretty much lived at Jake’s studio apartment. For almost two years, we watched our love grow, evolve, and be tested in NYC. There were several fun trips to places like the Catskills, Fire Island, and the Hamptons. This chapter ended with us living on the Upper Westside near Central Park.

Everyone has a NYC expiration date and after almost six years and a new master’s degree, Jake’s finally came. With a great job opportunity and chance to be closer to family, we made the move to Pittsburgh. For over three years, Pittsburgh has been home, keeping us halfway between our families in Michigan and Virginia. Both of our careers have thrived, we bought our first home, and have made life-long friends. On a week long visit to Detroit, over a pickle martini, Jake finally popped the question and Jordan said yes! We look forward to what the future holds as husbands. 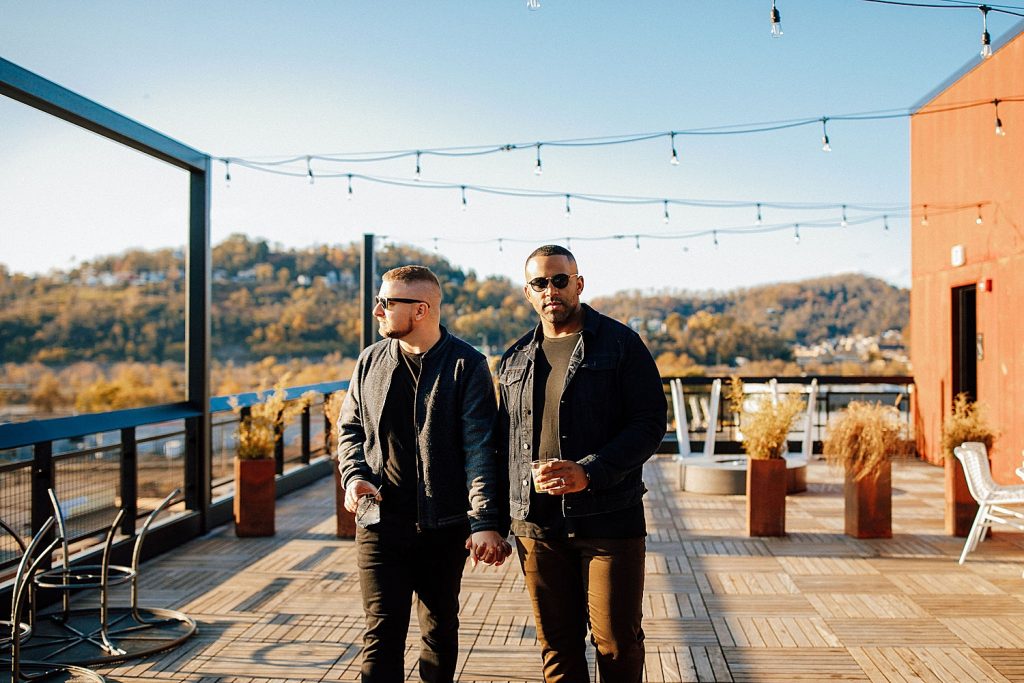 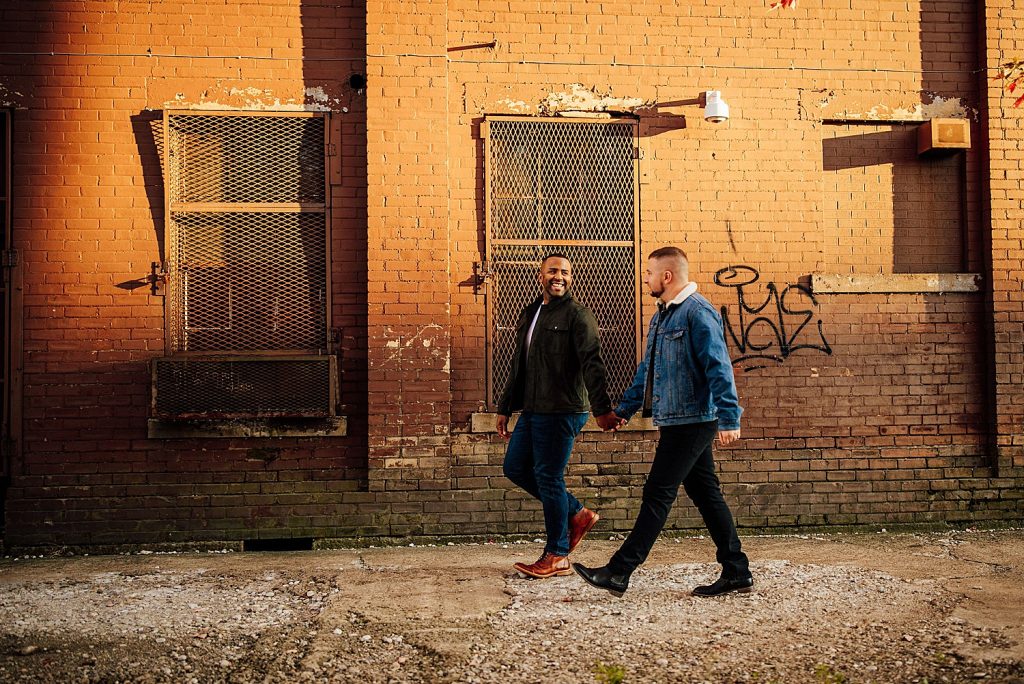 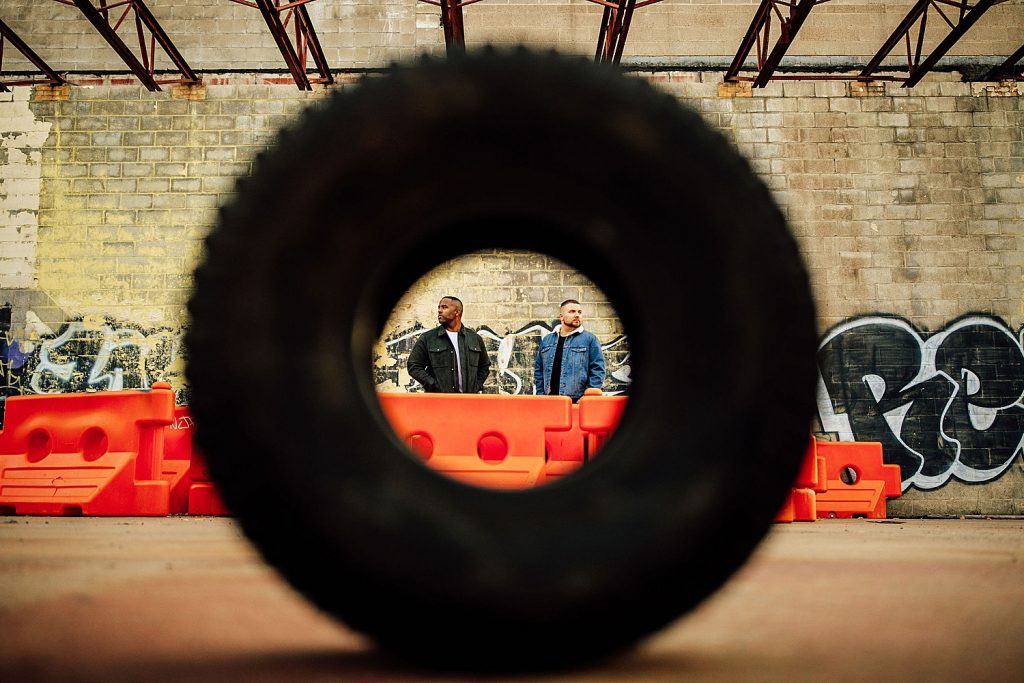 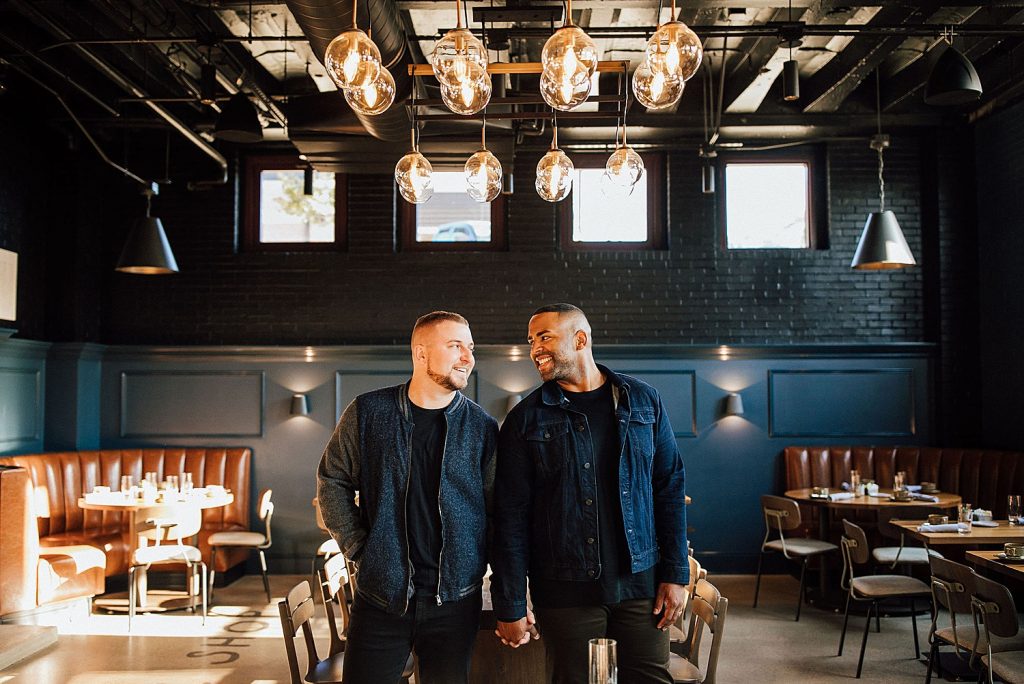 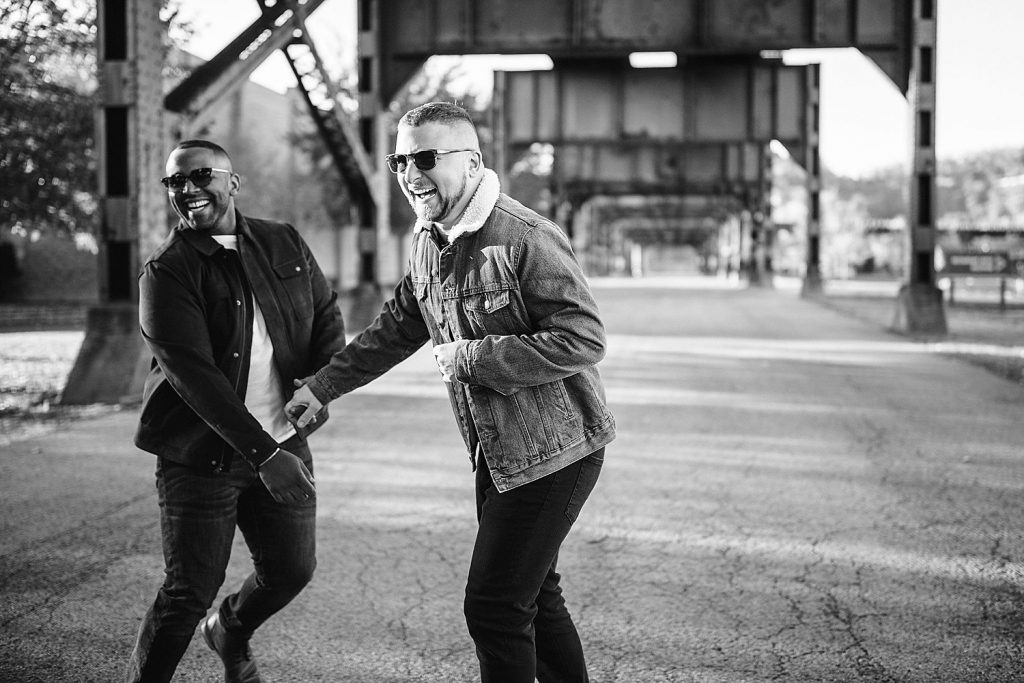 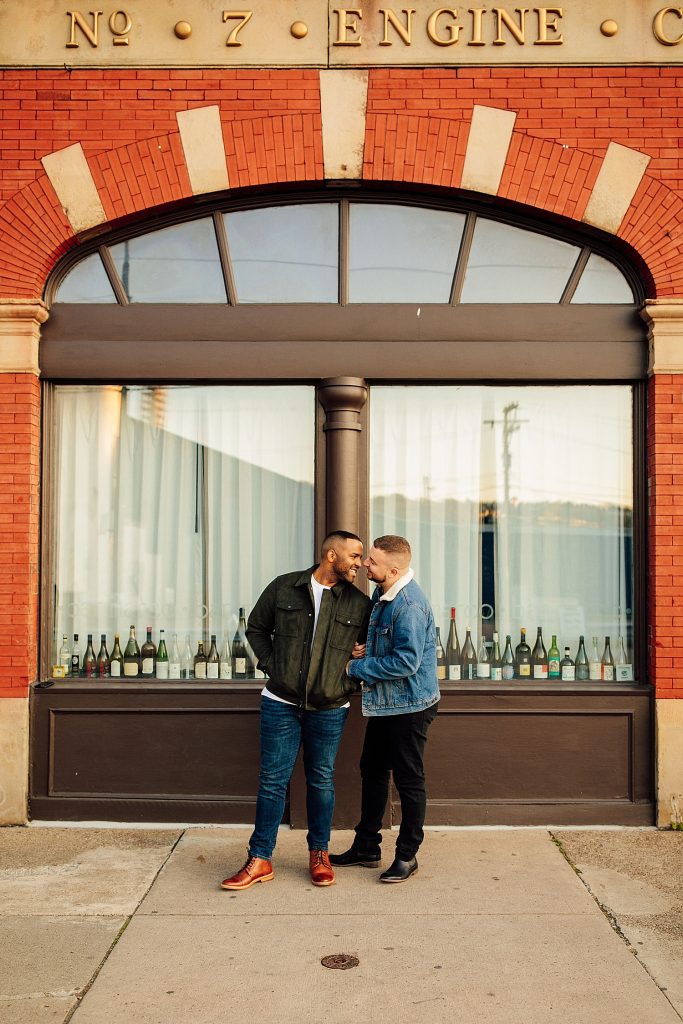 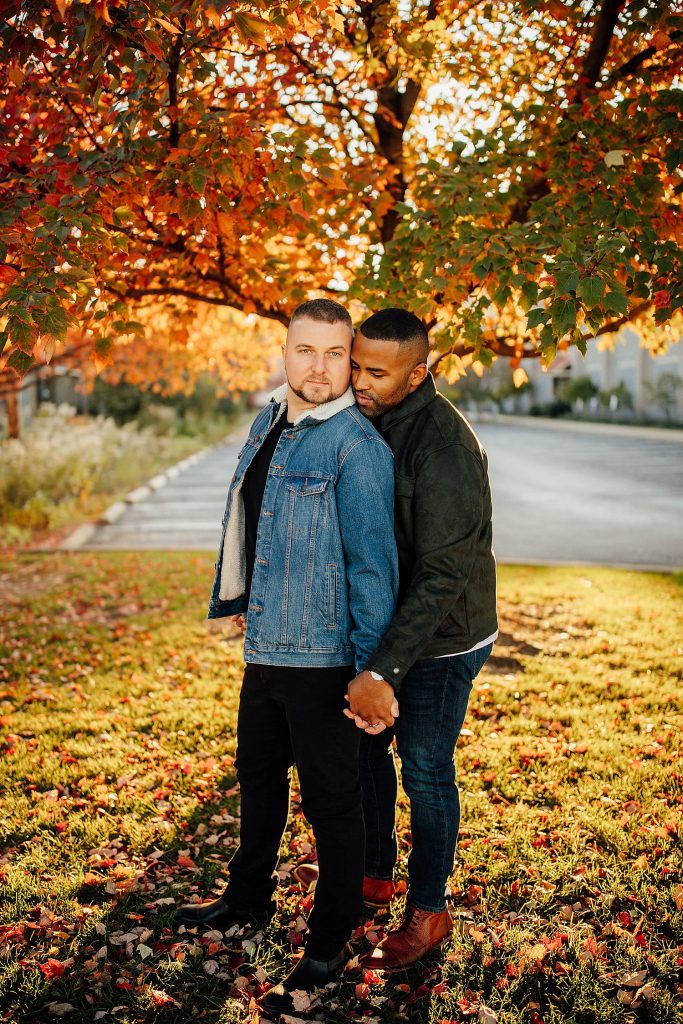 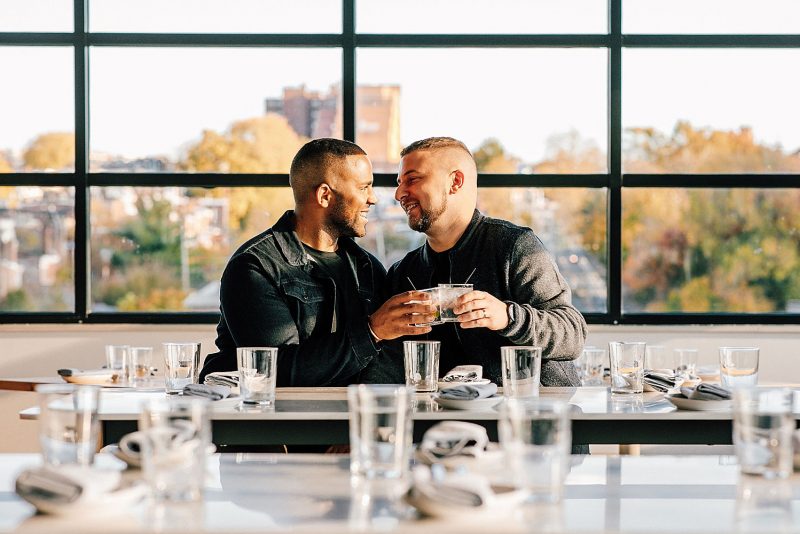 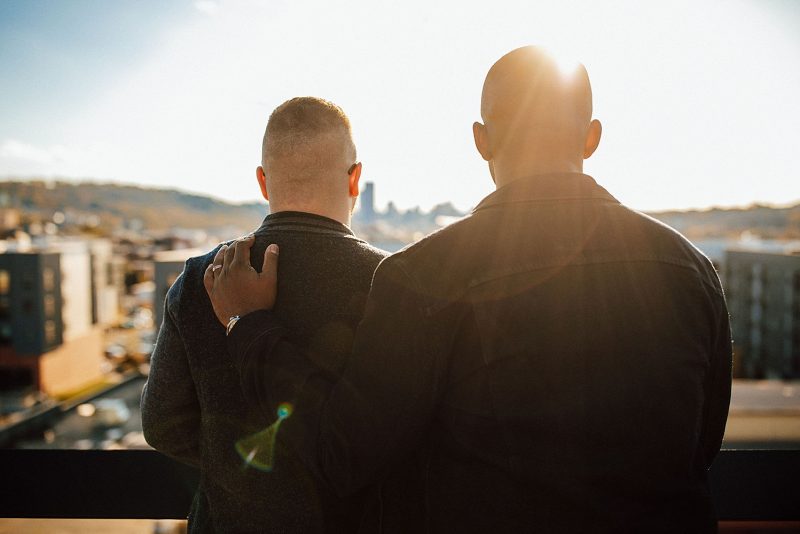 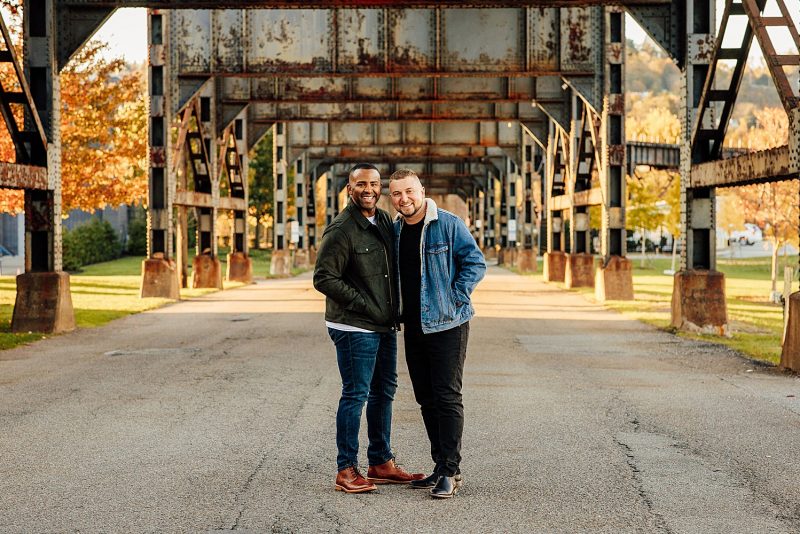 Jordan and Jake gave me full creative freedom and clearly communicated what they loved about my work from the start. This inspired me and made me strive to incorporate those mutual favorite things of ours – bold color, funky light, and notable Pittsburgh spots. These two have an amazing eye for style and aesthetic, so I was excited to create these images while also documenting this momentous chapter in their life. We started the shoot in their decorative Lawrenceville home and ended it at sundown on the Smithfield Street Bridge. 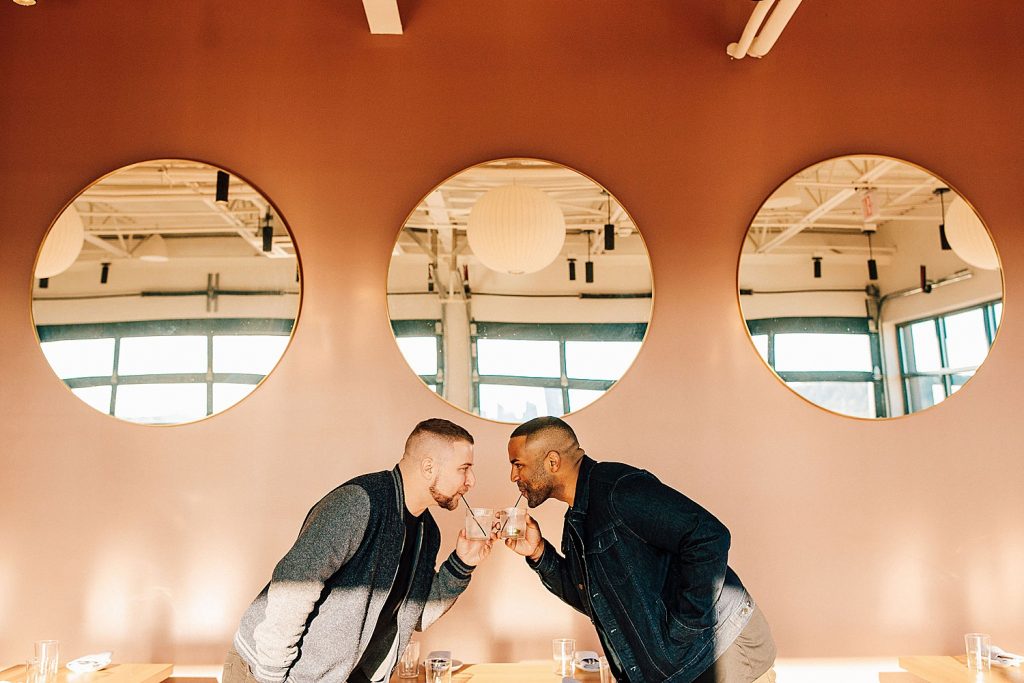 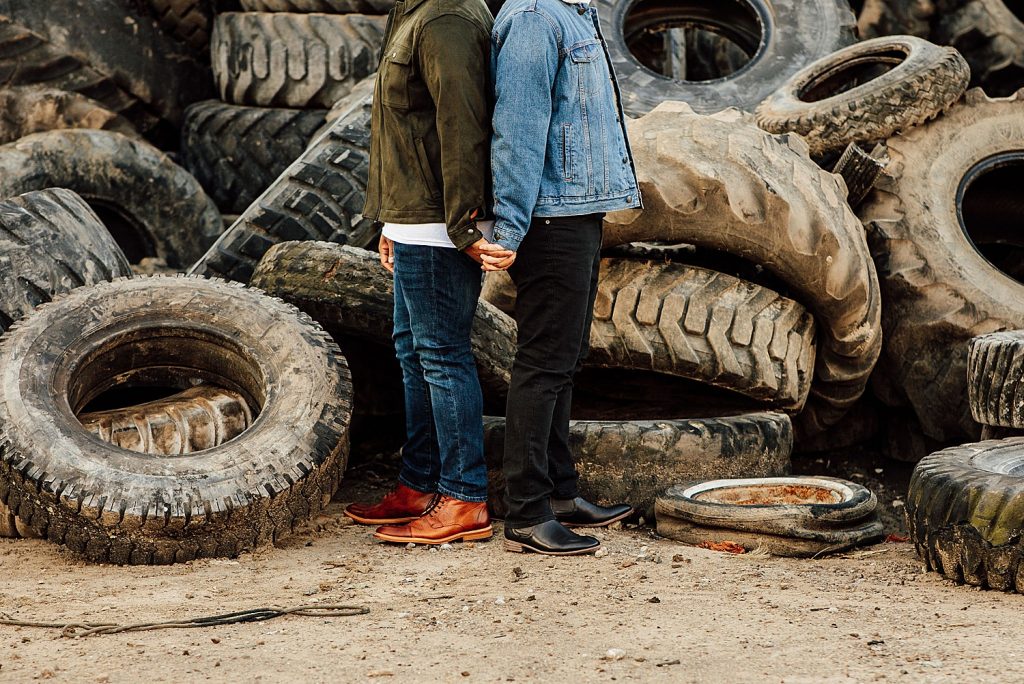 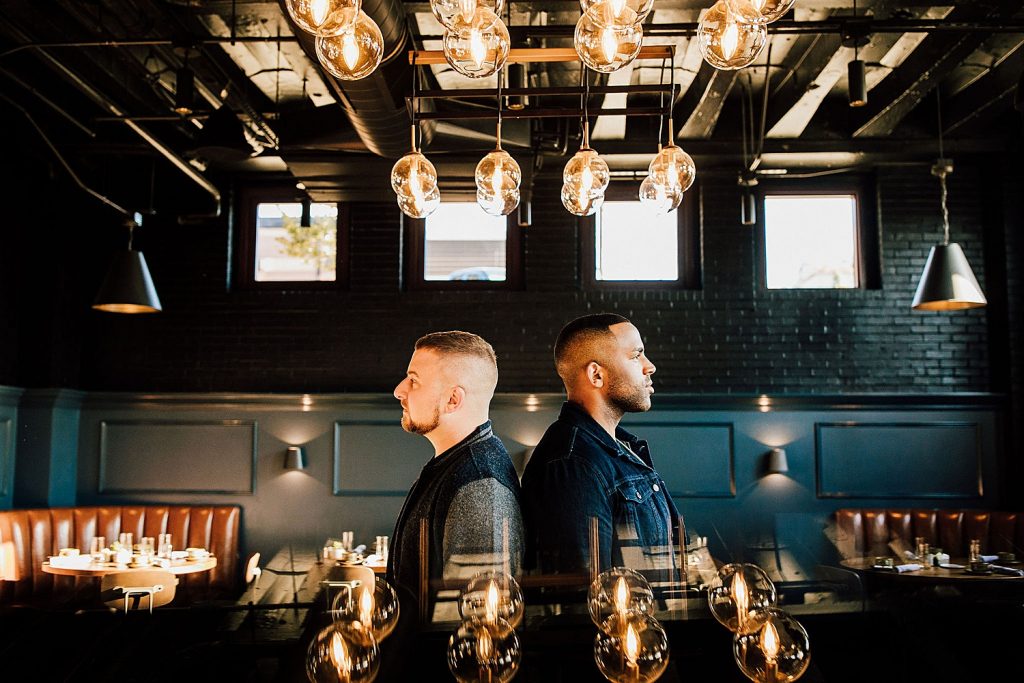 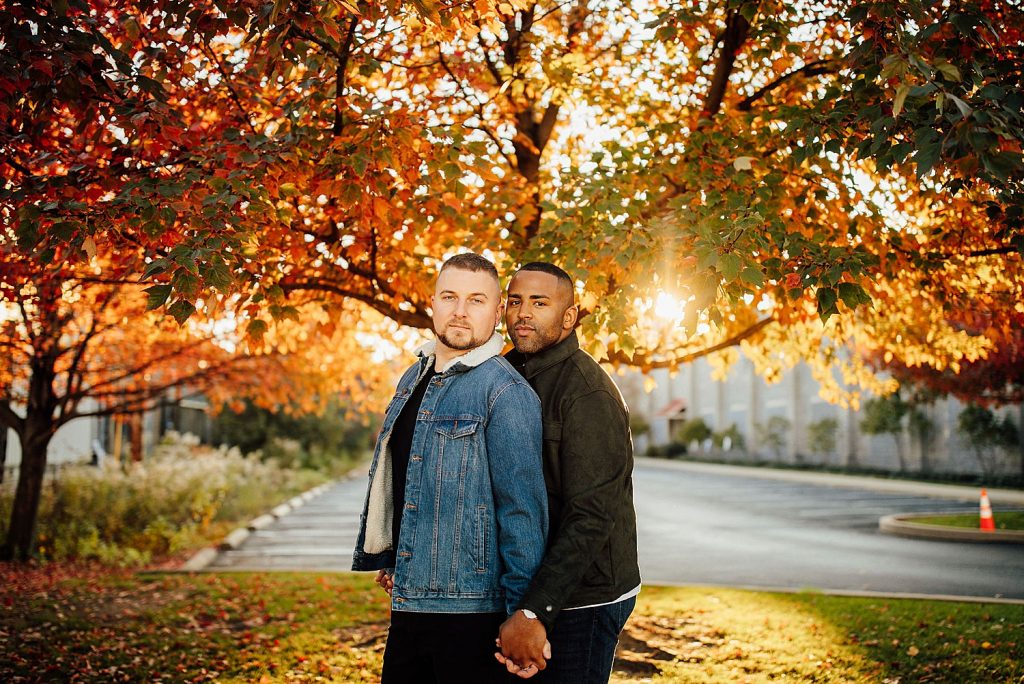 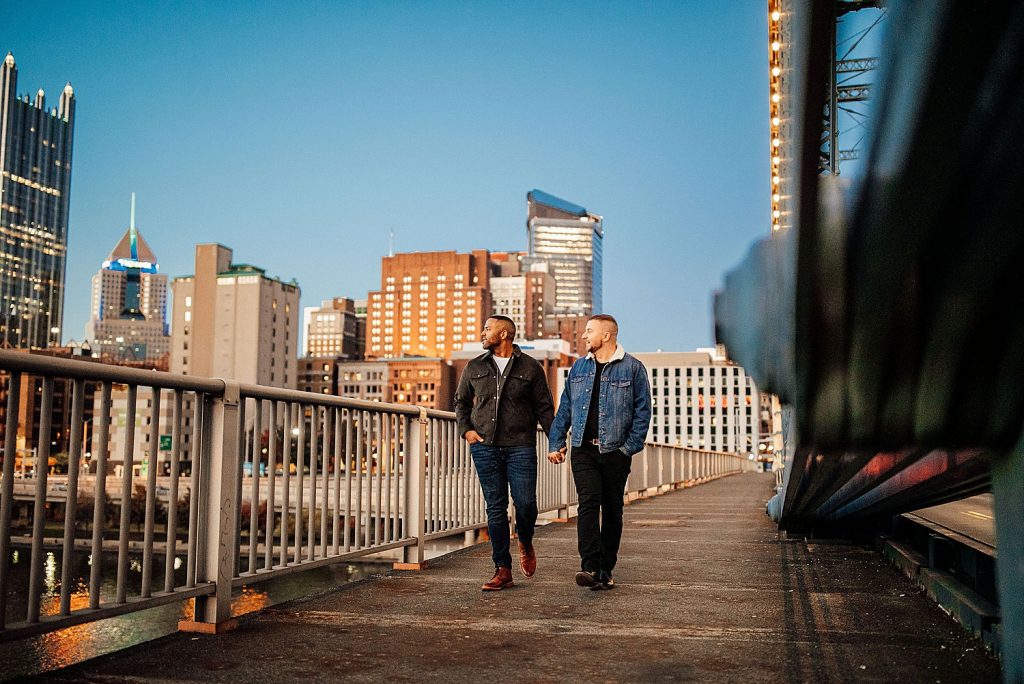 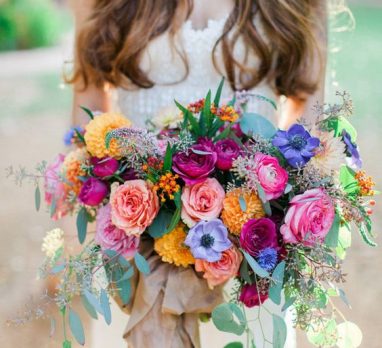 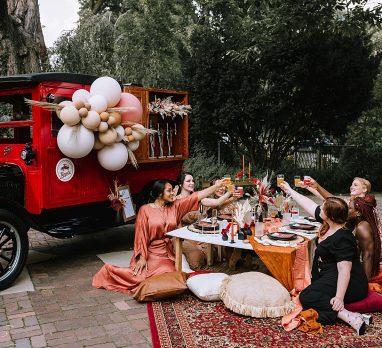 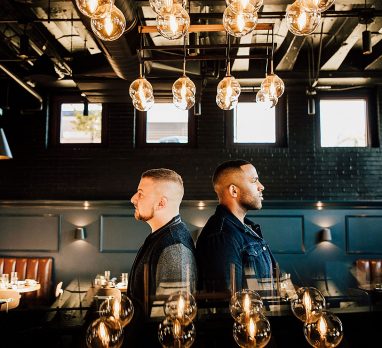