For these two architectural designers, three of Pittsburgh’s best features are its buildings, its history, and its views.  So for their engagement session with Breanna Elizabeth Photography, Kortney and Rob took in some of their favorite hot spots that best showed off the city’s good sides.  From the gorgeous once-train-station-now-event-venue The Pennsylvanian, to the blooming gardens of Mellon Square Park, to the infamous Andy Warhold Bridge, these three traipsed all over downtown, taking in its richness and urban beauty.  Breanna, the lady behind the lens, also studied architecture, so this session was a literal match made in heaven for both the couple and the photographer.  Enjoy some of Pittsburgh’s most beautiful sites while admiring just how stinking cute Rob and Kortney are! 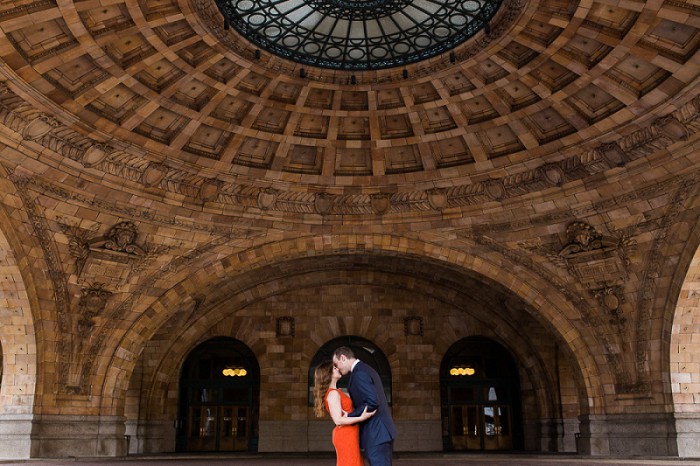 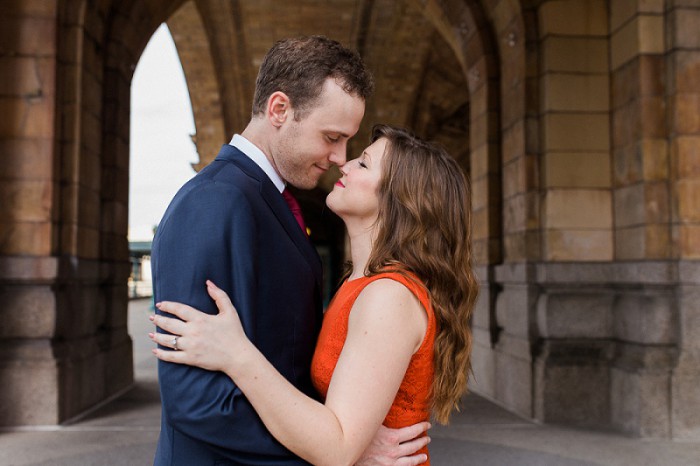 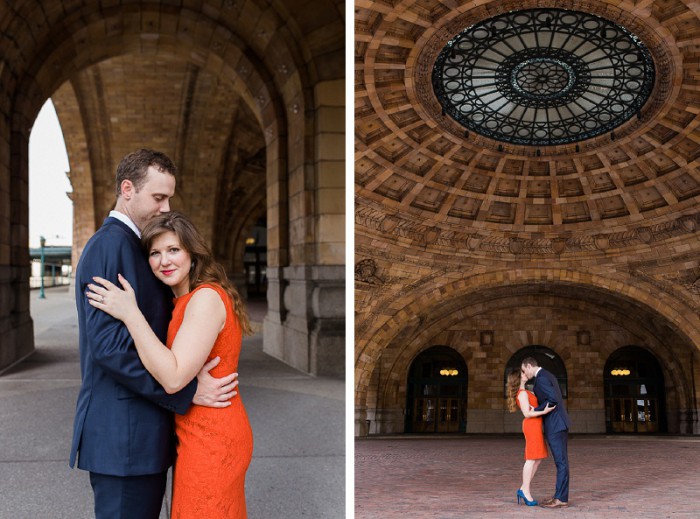 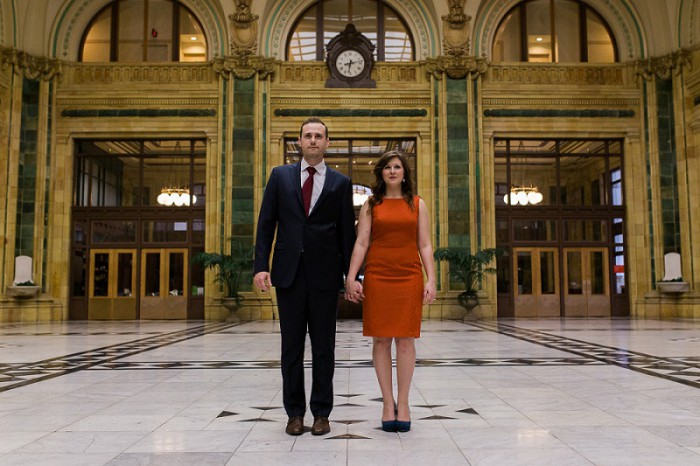 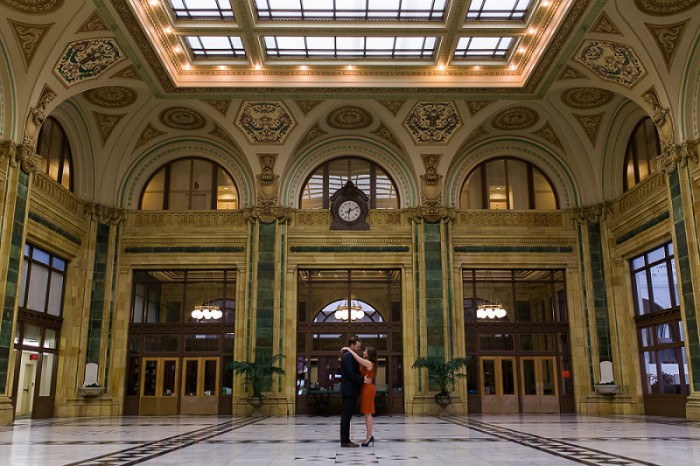 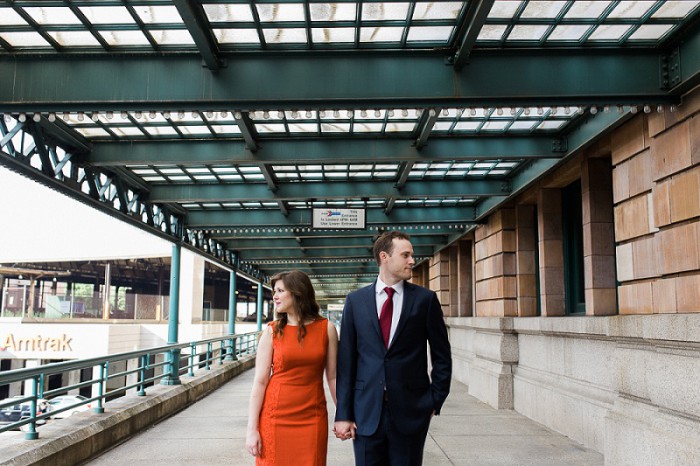 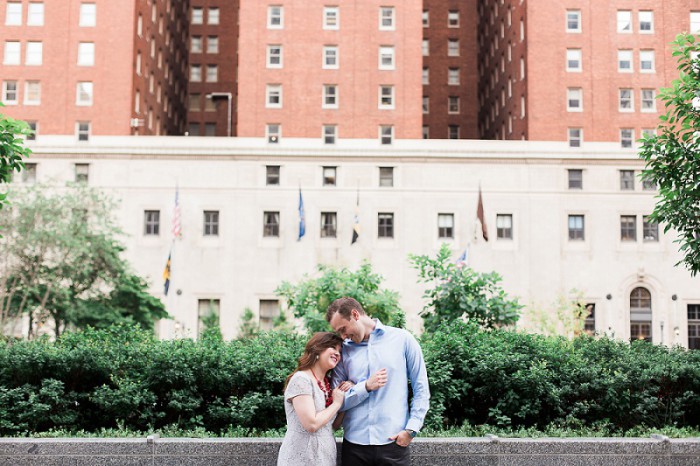 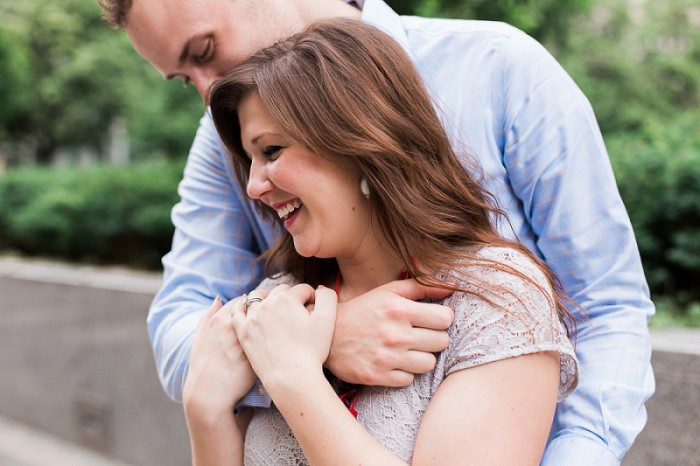 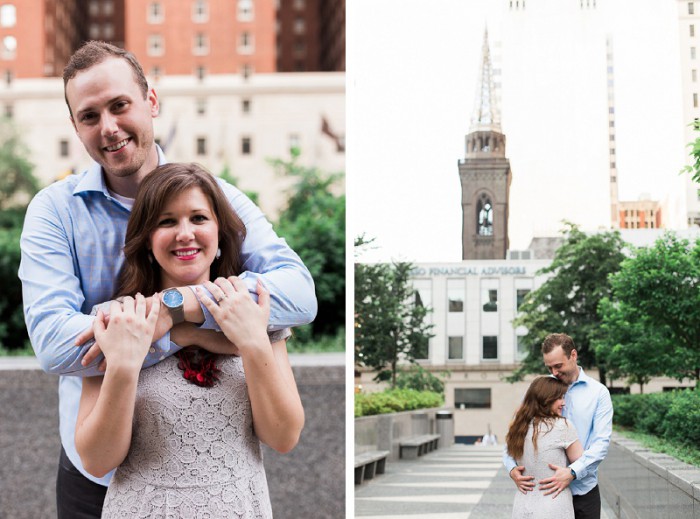 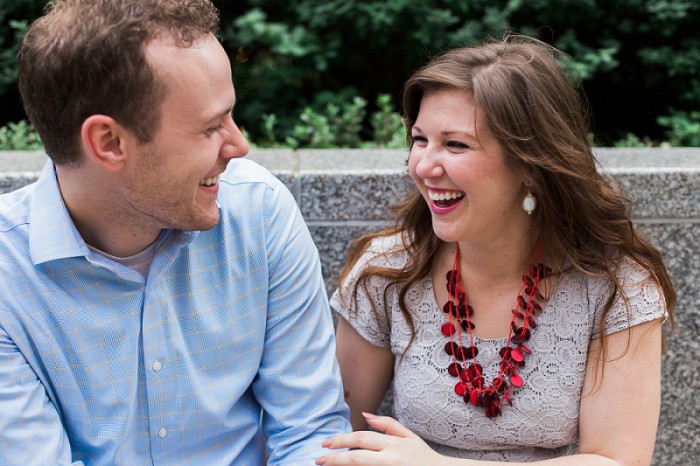 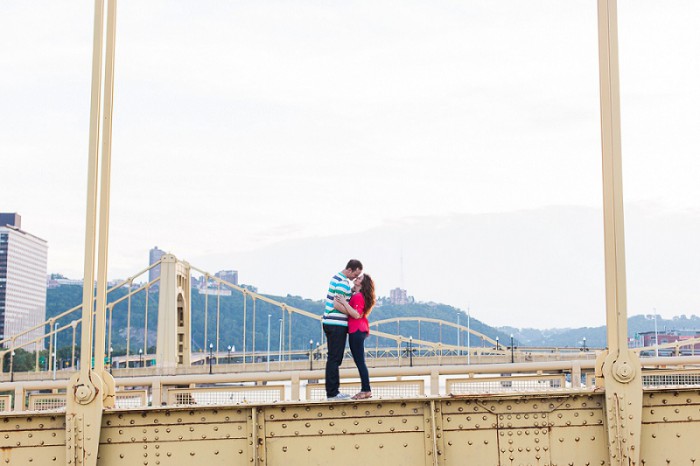 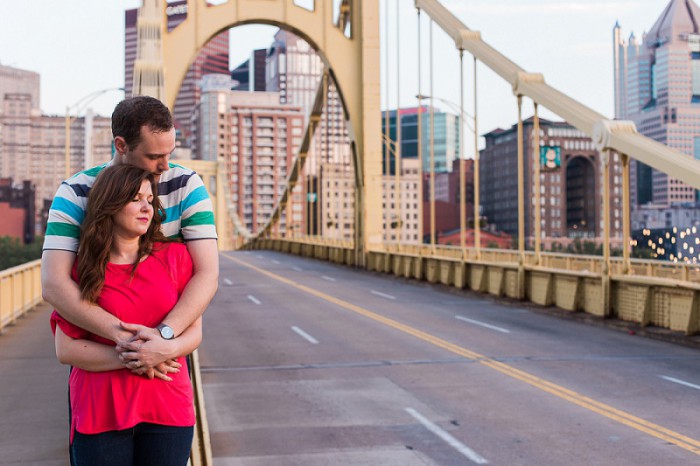 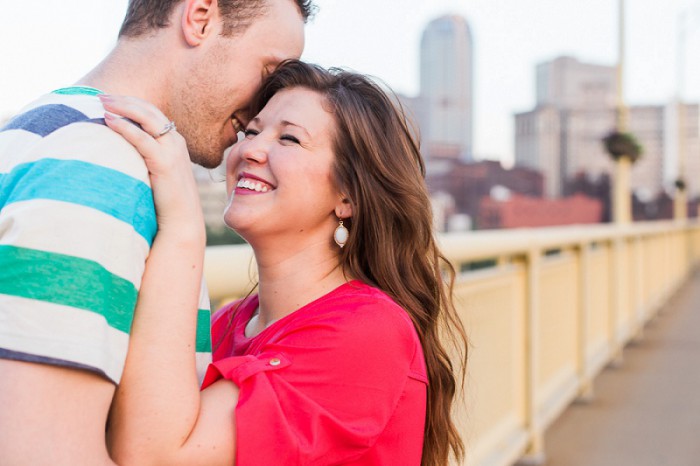 When and how did you two meet?

We met in our first semester of architecture school at Kent State.  My group of studio friends just so happened to live in his dorm, so our paths crossed a few times.  We were both so shy that we barely talked to each other at first, but his cute curly locks most definitely caught my eye!  We got to know each other well over the next few months, and before long, we were walking to class together, going on coffee and lunch dates, and deemed inseparable to our friends!

Juicy details on the proposal, please!  Where, when, how?

Rob and I both love the fall, so each year we plan a day where we get out and enjoy our favorite season.  It was the fall of 2013.  Rob had finished his Master’s degree and was working at an architecture firm downtown; I was interning at a kitchen and bath showroom and finishing up my Master’s degree.  We decided that we were going to play hooky this year for our big fall day date, so we requested Friday, October 25, 2013 off to paint the town red!  Our day was filled with so much fun and laughter – we explored Phipps Conservatory, picked and carved pumpkins, and then cleaned up for a much anticipated dinner at Bella Vista.  We were dressed to the nines – Rob in his finest suit and me in my favorite white dress, which Rob suggested I wear.  It wasn’t until we were going up the Duquesne Incline that I realized this was no ordinary date.  I spent all of dinner anticipating the big question.  I even tore through my cannoli looking for a ring.

As we were waiting in line to go down the incline, Rob suggested that we go outside to the overlook.  Despite it being windy and less than 10°, I couldn’t pass up one of the best city views, especially underneath the starry sky. At some point in our relationship, I had mentioned that when the big moment happened, I just wanted it to be the two of us.  Being the sweet and sensitive guy that he is, Rob made it a priority to pop the question once we were the only two on the overlook.  Well, EVERYONE wanted to see the view that night!  It took three attempts to get the question out, but before he even finished asking, I shouted “Yes!”  I don’t think I even let him get down on one knee before I grabbed him out of pure excitement!  It was the best moment, we were on cloud nine.

Describe the engagement session.  What inspired it?

The engagement shoot was a blast – three architectural designers wandering through downtown Pittsburgh, sneaking into old train stations and standing in the middle of bridges while cars drive by – what could be more fun?!  Rob and I love exploring the city, so the engagement shoot was literally us enjoying some of our favorite downtown spots – Market Square, Mellon Square Park, and the Andy Warhol Bridge.  Luckily, I was able to pull some strings and get us into The Pennsylvanian, which is one of our favorite buildings due to its rich history.  We could not have asked for a better photographer and friend to share this experience with us! 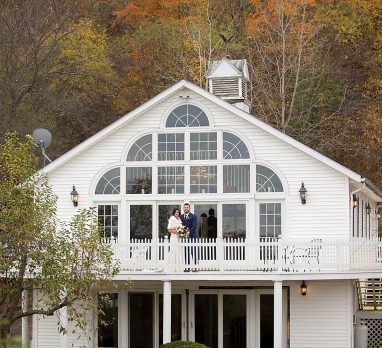 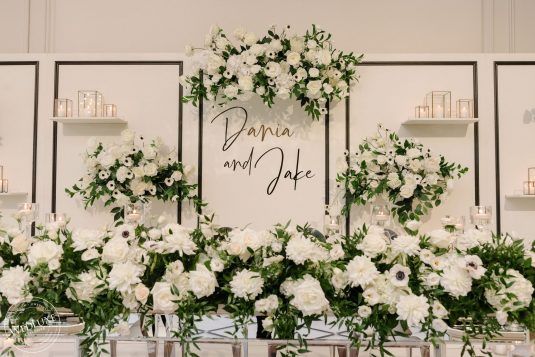 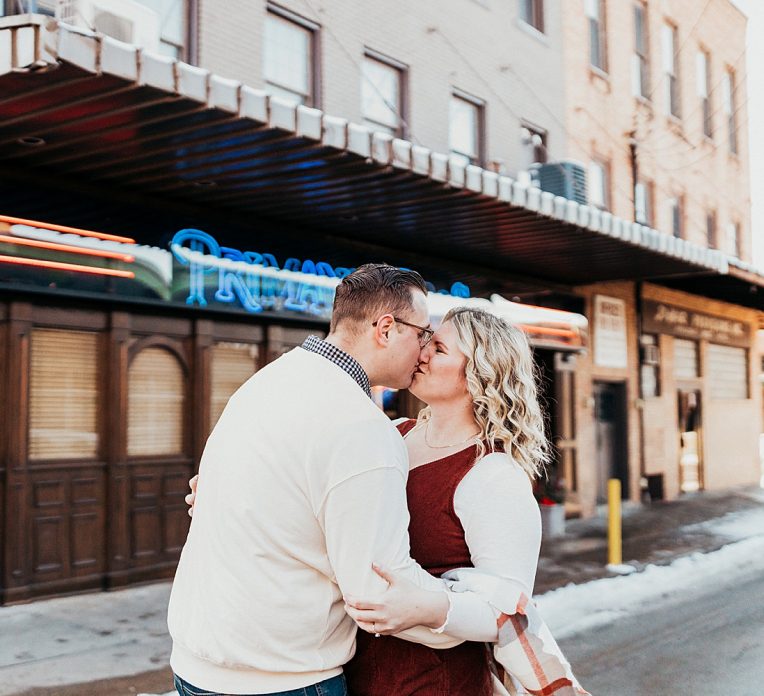